Climate and energy policy has become extremely polarized in the United States, perhaps more than anywhere else on the planet. Is this reflected in patterns of solar energy uptake?

Climate and energy policy has become extremely polarized in the United States, perhaps more than anywhere else on the planet. This has been particularly true over the past decade, as elected officials in the Republican party have become more uniformly opposed to climate reforms. Increasingly, this has also turned Republican officials against the energy transition, with some Republican state and national legislators working to rollback state-level renewable portfolio standards and solar support policies.

Are these elites representing the interests and concerns of their party’s base? In our previous work, we have estimated models of Republican support in every congressional district in the country, which you can explore here: https://climatecommunication.yale.edu/visualizations-data/partisan-maps-2018/ 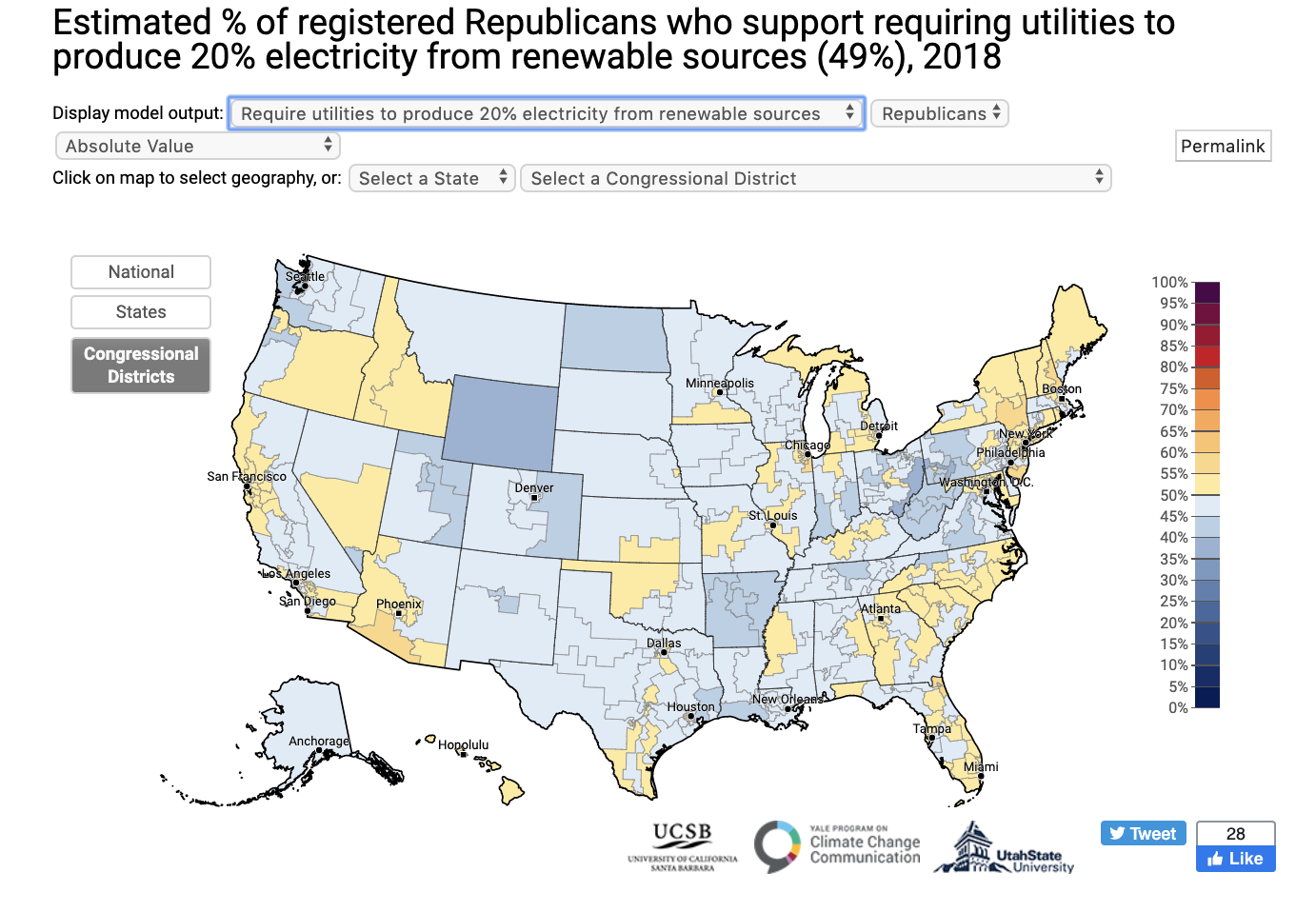 While we find mixed support for renewable energy mandates among Republicans, we still find that even in the most conservative parts of the country, there are still substantial pockets of Republican voters who support climate policy action. And Republican support for renewable energy research funding is extremely high, with greater than 80% support nationally and strong majorities in every congressional district.

This reservoir of Republican support for renewable energy offers one pathway towards reducing climate and energy policy polarization. This is one of the reasons that surprising political coalitions like the “Green Tea Party” have captured the imagination of many. For example, the Green Tea Party brought conservatives and environmentalists together in Georgia to advocate for energy choice.

As environmental social scientists, we have long been interested in the political characteristics and behavior of people, along with the geographic dynamics of where the energy transition is occuring. Previous researchers have found that people who install rooftop solar are not evenly distributed around the country: it is more common in wealthier neighborhoods, among other factors. However, we didn’t know if those people who install rooftop solar were any different from their immediate neighbors who had not made that choice. For instance, if you were transported to some random neighborhood in the U.S., does knowing that the house in front of you has solar panels tell you anything about its occupants, or how they differ from their next-door neighbors who don’t have solar panels?

The big barrier to answering these questions has been an absence of data. When we first read about Google’s Project Sunroof dataset, we quickly got excited about the unprecedented level of granularity this dataset provided. And, because we’d been recently working with voter file data on a separate project, we realized that satellite imagery and voter file data could be merged to answer questions that would previously have been daunting to tackle.

Despite the size of the datasets we accessed to do this work, much of the data processing was still a time-consuming slog. Work of this sort requires precise measurements of individual-level variables. Even with the base data provided by Project Sunroof and voter files, we needed to extensively clean and validate each dataset. However, this was well worth it, because of the precise granularity that our results then provided.

Installing rooftop solar panels is one way that people can tangibly participate in the transition to a low-carbon energy system. Thanks to the surprising fit between two different datasets, we can show how solar households are more ideologically diverse and politically active then their non-solar neighbors. You can read our paper in full here: https://www.nature.com/articles/s41560-019-0498-8 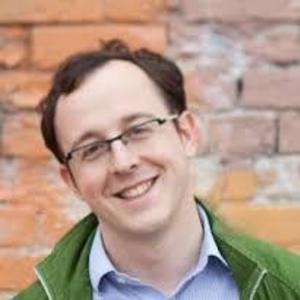