Can a good policy inadvertently be perceived as “good enough?”

The book “Nudge” by Richard Thaler (who received the Nobel Prize in economics in part for this work) and Cass Sunstein has introduced behavioral economics to policymakers who sought new solutions to vexing policy problems. Nudges consist of changes to the environment that, under standard economic theory, should not affect decisions – but do so in practice: for example positioning of healthy items at eye level can increase their sales, enrolling employees by default into a 401(k) retirement savings plan increases the share of workers contributing, and sending utility bills that compare a household’s energy usage to that of their (greener) neighbors reduces how much energy they use. These policies have great appeal because they change behavior at virtually no cost. Indeed, a recent review by Benartzi et al (2017) finds that nudges are vastly more cost-effective – if not efficacious – than financial incentives.

But there has been a debate among the founders of the nudge approach as to whether there is an unintended consequence resulting from promoting nudges: Does the general public, and perhaps even policymakers, incorrectly perceive them to be substitutes for standard economic policies, rather than complements? While academics are usually cautious, policymakers who want to avoid costlier policies (or consultants who hope to expand their market) may be motivated to exaggerate their efficacy. Surprisingly, despite a decade-long debate that one of the authors (George) engaged in, we found no research supporting either side.

Thaler (2017) importantly highlighted this absence of evidence in a blog post: “I cannot rule out the possibility that someone actually holds this view, but curiously the only reference given is to an op ed written by George Loewenstein and Peter Ubel.” Two of us (Emily and David) read the commentary over lunch and were perplexed by the absence of evidence for what seemed to be an empirical question. We both recalled encountering situations in which people raised behavioral interventions as substitutes rather than complements. The three of us then sketched out an experimental design that would provide an empirical test of whether such crowding-out actually occurs, leading to the studies now published in Nature Climate Change (“Nudging out support for a carbon tax”).

Across six studies, we found that introducing a green energy nudge displaced support for a carbon tax. Moreover, this crowding-out was not unique to the environmental domain: a retirement savings nudge similarly reduced support for an expansion of the social security program. In one of our studies, we were able to contact all the alumni of a public policy school. We found that our effect not only replicated with this more informed and educated sample, but that even those with policymaking experience thought the nudges were more effective at both reducing carbon emissions and increasing retirement savings than the corresponding economic policies.

However, we also came to realize that merely documenting the problem without offering a solution might do more harm than good: surely we did not believe the world would be a better place without nudges. We decided to add one more study in which we tried to eliminate crowd-out. As it turns out, it was possible: when we highlighted how a carbon tax might not be as costly as people thought (because the revenue can be used to reduce other taxes) and when we made explicit that nudges are unlikely to solve the problem. Encouragingly, the latter did not diminish support for the nudge: respondents realized that a low-cost intervention was worth pursuing even when it only has a small impact.

The project also came at a time when Emily and David became interested in the reproducible research movement. We spent countless evenings deliberating over how to organize folders, how to integrate Github, a project management system, into our workflow, and whether some code belongs at the beginning of the document or in the middle (a debate that is not yet fully resolved; and yes, we actually had fun with this!). The result is an Open Science Framework repository that allows anyone to compile the manuscript from the raw data, leading to a fully reproducible workflow, easily referenced by future researchers (we're optimistic that it will be more than one).

Inspiration for research often comes from the unlikeliest of sources. In this case, we were motivated by a blog post (itself a response to a published paper) that highlighted a surprising absence of empirical evidence. We hope our work will similarly inspire other researchers. Perhaps they will find that “crowd-out” is more general a phenomenon: would a dieting fad, for example, “crowd-out” someone’s desire to exercise – or would regular exercising “crowd-out” the desire to eat healthier? Or perhaps they will find “hidden benefits” of nudges – where they can present a “foot in the door” that would make people willing to take costlier actions in the future?

David Hagmann is a postdoctoral fellow at the Kennedy School of Government at Harvard University. Emily H. Ho is a PhD Candidate in the Department of Psychology at Fordham University. George Loewenstein is the Herbert A. Simon University Professor of Economics and Psychology in the Department of Social and Decision Sciences at Carnegie Mellon University. The paper, published in Nature Climate Change, is available here. For questions, please contact David Hagmann at: david_hagmann@hks.harvard.edu. 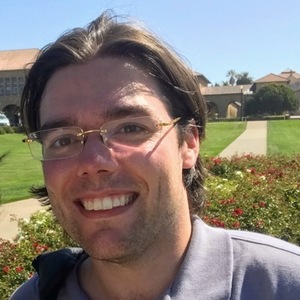 David Hagmann is a Postdoctoral Fellow at the Kennedy School of Government at Harvard University. He received his PhD in Behavioral Decision Research from the Department of Social and Decision Sciences at Carnegie Mellon University. David’s research looks at the desire to avoid information that may be painful to learn yet improve decision-making, persuasion on politically charged topics, and behavioral policy interventions (nudges).