Coastal communities around the world are already facing the trials and tribulations wrought by climate change. On an atoll island in Papua New Guinea, we examine the social factors that shape whether and how households adapt.
Michele L Barnes and Jacqueline Lau
2 contributors
Like Liked by Peng Wang
0

What’s in a name? On a small island in Papua New Guinea, names tell a complex story. When you are born, your parents invite someone, usually a relative or close friend, to name you. They will give you both a first and surname, perhaps the surname of a respected elder, or maybe you’ll be their namesake. You’ll receive an ancestral tok ples (local dialect) name. You may pick up a nickname. If you’re a woman and you marry, you’ll start using your husband’s first name as a surname. Eventually, you may have five or more names. Your names connect you to important people in your life; they anchor you to ancestors and place. Thus, for this island community, names represent the connections that will matter for navigating the trials and tribulations wrought by our changing planet. They also risk bamboozling social network data collection. Five people can correctly give five different names for the exact same person. In the end, a detailed census, photos, and lots of clarifying helped us correctly identify people and map the social networks of this Papua New Guinean community.

These social networks are an important but understudied aspect of a big challenge facing the community. The island’s coasts are being inundated; parts of the island’s beaches are (barely) reinforced by home-made concrete pillars. Seasons and weather are becoming less predictable. Coral reef fishes, a primary source of food and income, are getting harder to catch. This island, like many across the Pacific, is on the frontlines of climate change.

Across the globe, local and national governments, non-governmental organizations, development agencies, and communities are seeking to build capacity to adapt to the impacts of climate change. Many adaptation programs focus on building assets, like savings or infrastructure. Yet recent research suggests that other factors, like risk perceptions and the power to influence decisions or make the choice to change matter to how and whether people adapt [1-3].

Social networks may also be important [4,5]. People influence each other through social networks [6]. Networks can determine who accesses information, resources, and support [7]. People may learn to recognize change, strategically absorb and process information, and plan for uncertainties through their social relationships [1,5]. We tested whether and how social networks, alongside other factors, shaped household’s responses to change in the Papua New Guinean atoll island.

We found that when households were more socially connected to other households who were taking action, for example by changing parts of their livelihood, they were more likely to do the same. This may be a situation of ‘like-attracts-like’, where households with particular mindsets are more socially connected to similar households (social selection). Another explanation is that households were influencing each other’s actions (social influence). We suspect it is a combination of the two. We also found, somewhat counterintuitively, that households who felt they had more power over community decision-making were less likely to make transformative changes. Power may provoke resistance to fundamental change, even if such change is necessary to sustain livelihoods and ecosystems [8].

When analysing social network data, people are reduced to nodes and their names disappear (crucial for ethical commitments to anonymity). But the social ties that those names represent remain. Our paper provides evidence that, alongside agency, learning, and socio-cognitive factors, those ties can help and hinder us as we navigate our changing world. 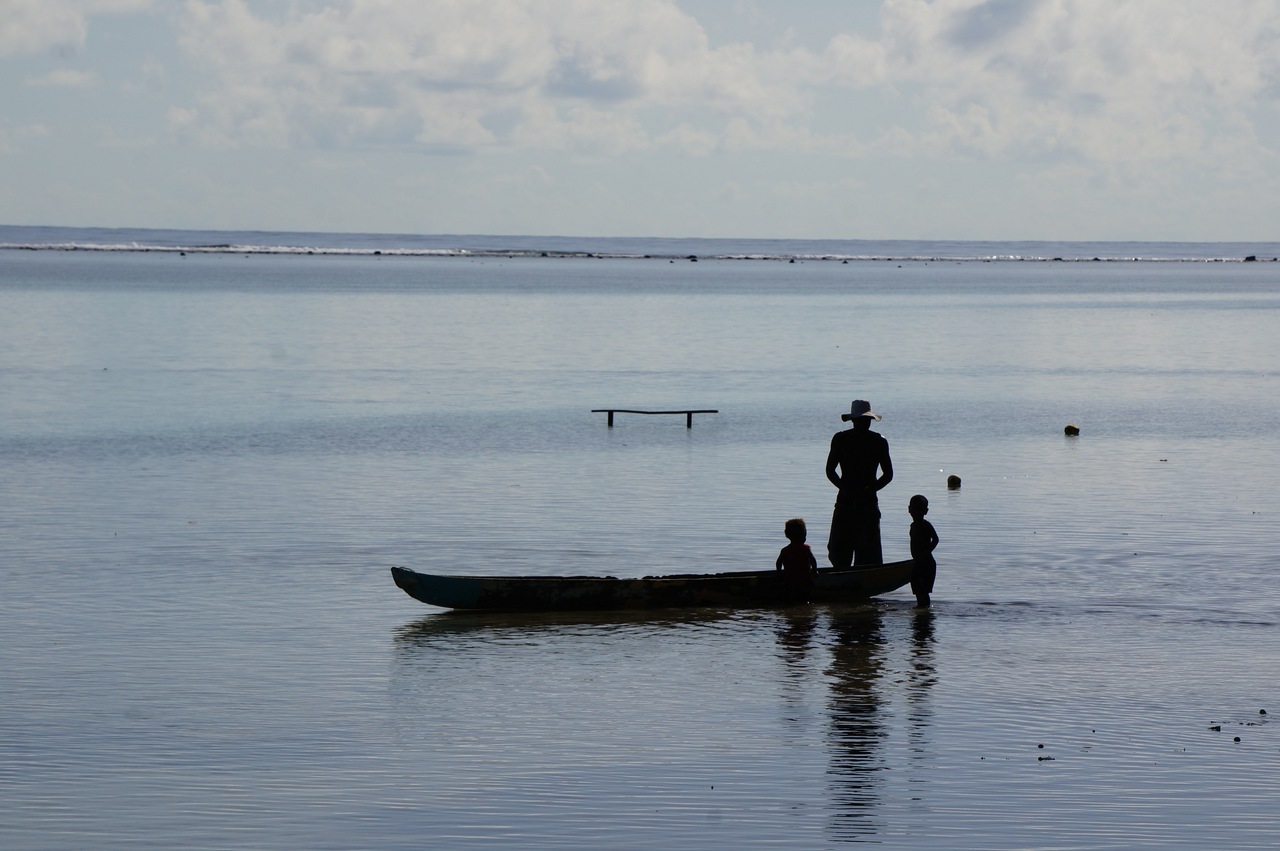 Coastal communities around the world are already facing the trials and tribulations wrought by climate change. On an atoll island in Papua New Guinea, we examine the social factors that shape whether and how households adapt.