What would happen if global business travel came to a halt?

This is not the question we set out to answer some years ago. Our puzzle was a simple observation: if information can be shared virtually instantaneously and machines shipped at historically low cost, why do some places still use technologies that are orders of magnitude less productive than others?

Compare, for instance, agriculture on the Great Plains in the US to traditional, agriculture in parts of India. The technological chasm between the large-scale farming with its combines and satellite-based planning in the former and the small-scale farms using oxen and plows in the latter is hard to overstate. Adoption of modern farming techniques can be stubbornly slow for many reasons –limited access to credit, inadequate infrastructure, weak institutions and so on. However, when we analyzed how industries diffuse across countries and regions, it turned out that successfully developing new economic activities often meant getting them from elsewhere, by attracting experienced workers, entrepreneurs and firms. For instance, the reindustrialization in eastern Germany was accompanied by an influx of experienced workers from western Germany and, in Sweden, regions that managed to diversify into new activities often had done so with the help of firms and entrepreneurs from elsewhere. These findings corroborated a vast literature showing that much know-how is “tacit”: it is hard-wired in people’s brains, but is hard to explain to others and requires years of training to learn. Because such know-how is hard to move into people’s brain, it is easier to move the brains themselves.

One question we had not been able to answer is for how long these brains needed to stay in a place to transfer their know-how. So far, we had focused on people and firms moving permanently, like migrants. But we knew from our own travel to conferences and workshops that knowledge can be exchanged on short trips as well. The same happens in firms, which spend billions of dollars and countless of billable hours on business travel. 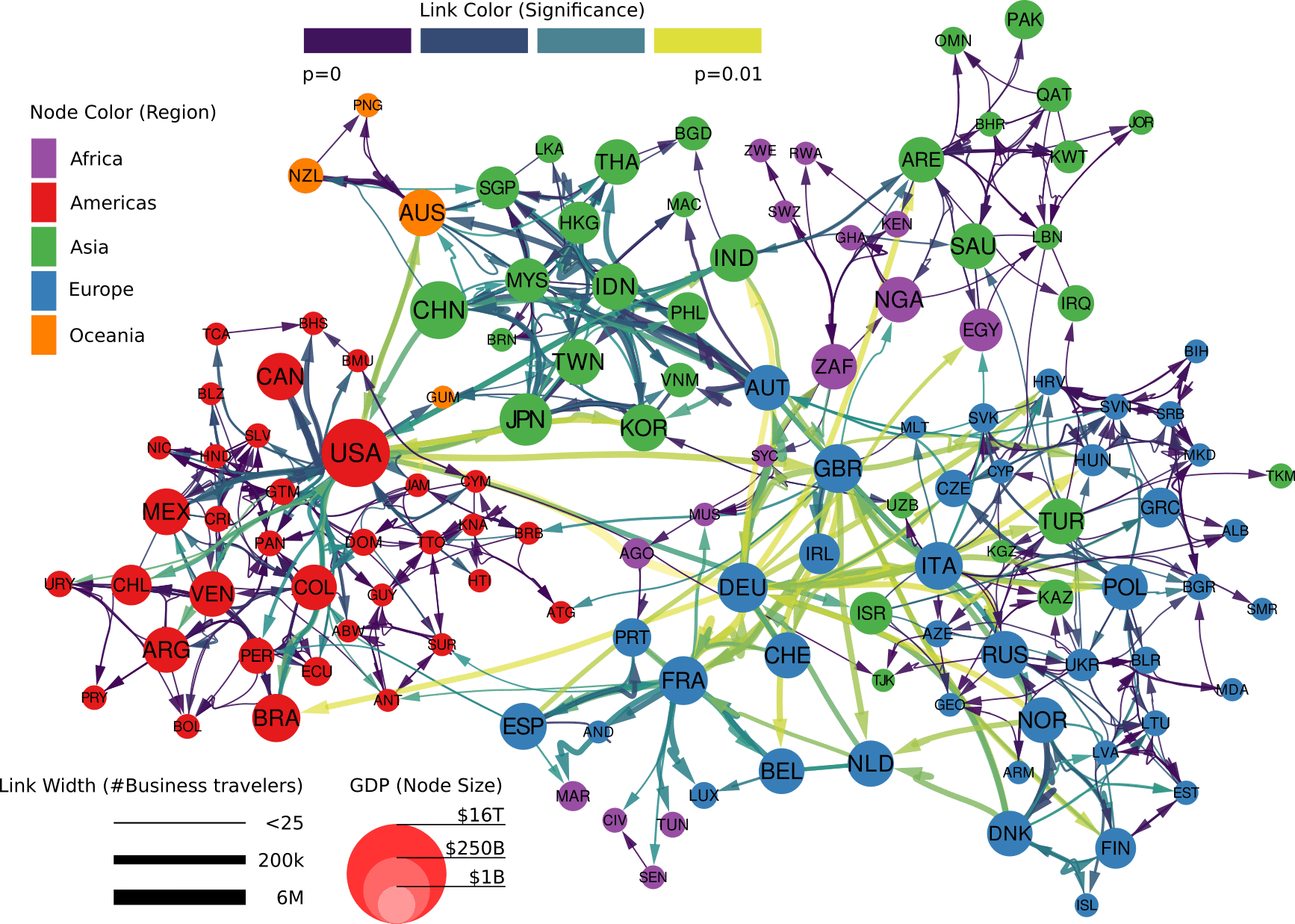 But how to measure such short trips? The key insight was that business travel leaves a signature in payments that business people make abroad. Therefore, we partnered with the MasterCard Center for Inclusive Growth, which provided access to aggregated and anonymized information based on international expenditures through corporate payment cards. With this information, we could map the network of global business travel (see Figure). We combined this network with information on countries’ industry and export mix. If business travel helps diffuse know-how, industries should grow where business travelers from places where these industries and exports were already established went. This is exactly what we found: doubling incoming business travel was associated with an industrial growth of between 6% and 14%.

To understand what this meant, we decided to create a “know-how index”, based on a thought experiment: what would happen to global GDP if a country were to completely stop sending business travelers abroad? For instance, if German business people stopped traveling abroad, our calculations suggested that the world economy might contract by 5%. At the time, this thought experiment seemed utterly unrealistic. Yet, when we finally received the article proofs, the global pandemic had presented us with a world that not even we had imagined: business travel had disappeared not just from a single country, but from dozens of countries simultaneously. 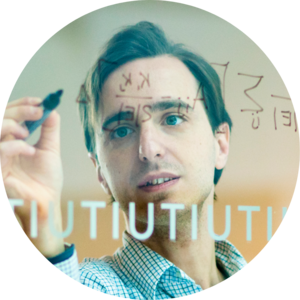 Assistant Professor, IT University of Copenhagen