Our new study utilizes a natural field experiment and finds that in the real world, people are motivated to give based on perceived benefits to themselves.

Charitable organizations play an important role in modern economies, providing invaluable public goods and employment opportunities for millions nationwide. Not surprisingly, this has prompted substantial research on the relationship between charities and potential donors. Much of this work has focused on exploring different fundraising techniques—matching gifts, charitable auctions, thank you gifts, and more—and the associated impact on both the number of donors and overall contribution levels. This body of research has also identified that two of the main motivations for charitable giving are 1) concerns for the benefits to self (impure altruism or “warm-glow”) and 2) concerns for the benefits to others (pure altruism). But which is more powerful?

To date, most research on this topic has relied on laboratory experiments and hypothetical decisions about one’s intention donate to a given cause. Our new study uses a field experiment to investigate the question in the real world with real people—and sheds important light on the answer.

Our goal was to examine whether targeted messages and normative appeals affect donor behavior and to uncover their motives for giving. To do so, we embedded a natural field experiment within Alaska’s Permanent Fund Dividend (PFD) annual registration process. The Alaska Permanent Fund is a constitutionally established permanent fund that sets aside a certain share of oil revenues to benefit current and future Alaska residents. Any individual (including children) who was an Alaska resident for the entire calendar year prior, and who declares an intent to remain in the state indefinitely, is eligible to receive a dividend from the fund each year. In 2014, the year of our study, the PFD was $1884.

Potential PFD recipients must register each year to confirm their eligibility, and those who register online (~83% of applicants) have the option to voluntarily donate a portion of their PFD to Alaskan nonprofits through a program known as Pick.Click.Give. This program gave us an opportunity to implement a natural field experiment designed to examine two of the main motivations for charitable giving among 540,000 Alaskans.

We randomly assigned every household in Alaska to either a control group, members of which received no postcard, or one of two treatment groups, members of which received a postcard designed to highlight one of the two main motivations for charitable giving. The figure below illustrates the two postcards, one highlighting the benefits of giving to one’s self (impure altruism or “warm-glow”) and the other highlighting the benefits to others (pure altruism).

Results from our experiment highlight the relative importance of benefits to self on donation decisions. Individuals who received the postcard highlighting the “warm glow” benefits of donating were approximately 6.6% more likely to give, and their contributions were 23% larger than those in the control group. Messages that highlighted benefits to others, meanwhile, increased the propensity to give, but did not affect average donation size. Consistent with prior literature, we find that prior donors were more likely to give and provided larger average gifts than those who had not given in the past (“cold-list” individuals). However, we find that estimated treatment effects on both the propensity to give and on average donation size were more pronounced amongst cold-list households, suggesting that normative appeals are an effective way to attract new donors.

Furthermore, results from our analysis suggest that our intervention impacted long-run patterns of giving—those who received the Benefits-to-Self message in 2014 were more likely than others to give and provided larger contributions the following year as well. However, persistence differed across donor types. For warm-list donors, the effectiveness of our “nudge” waned over time and had little impact on giving in the 2015 campaign. For cold-list donors, treatment effects were more persistent and suggest that receiving the Benefits-to-Self message had long-lasting effects on these first-time donors.

This paper contributes to a literature that sets forth to identify the underlying motives for charitable giving, at a time when charitable donations are more important than ever. With record-high federal deficits and crumbling state and local budgets, the continuing devolution of goods and services will place even greater demands on the private provision of public goods and services.

For academics, our results are noteworthy in that they provide a deeper understanding of individual behavior and what drives the private provision of public goods. Importantly, our findings suggest that giving is motivated by self-interests rather than concerns for charitable output per se. For practitioners, our results are noteworthy in that they suggest ways to increase giving using simple messages that appeal to the donor’s self-interests and the good feelings triggered by the act of giving.

Just how powerful are those messages? Consider this: If we had sent the postcard highlighting the warm glow benefits to all households in Alaska, aggregate contributions would have increased by nearly $600,000. 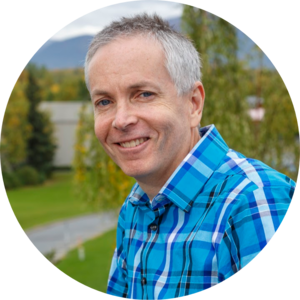