Two remarkably large sites in southwest Amazonia, belonging to the Casarabe culture, include complex civic-ceremonial architecture and large water-management infrastructure, representing a type of tropical low-density urbanism that has not previously been described in Amazonia.

Archaeologists long suspected that some of the most complex pre-Columbian societies in the whole Amazonian basin could be found in the Bolivian Amazon's Llanos de Moxos. We are not the first ones. The British geographer Colonel Fawcett started his search for the fabled lost city of the Amazon in Bolivia in the early 1900s only to mysteriously disappear in the headwater of the Xingu River a few years after.  The Swedish anthropologist Erland Nordenskiöld who carried out the first excavations in the Llanos de Moxos was impressed by the sophistication of the Casarabe culture ceramics. However, tropical forests do not give up their secrets easily; the vestiges, scale and complexity of these past societies lie concealed under the forest canopy.

Previous use of lidar by Prümers and collaborators in the north-western sector of the Llanos de Moxos revealed what this new technology can do showing an unprecedented network of ditch systems beneath the forest enclosing villages of more than 200 ha. Years later, the time would come to apply this method to the southern sector of Llanos de Moxos. A chance discussion at a conference in Bolivia brought together Prümers and Jaimes Betancourt's extensive archaeological research in the region with the pioneering development of a flexible lidar system developed by Iriarte and Robinson during the Pre-Columbian Amazon-Scale Transformations project. The context provided an ideal challenge on which to apply the lidar system, which ultimately lead to the documentation of a level of Amazonian urbanism that rivals its more famous Andean neighbours.

Social aggregation into urban spaces is arguably one of the most important processes of our Holocene human history, with consequences for demographic growth and the emergence of hierarchical and centralised societies. In the last decades, the application of lidar technology in tropical forested regions, including the Maya area, Cambodia, Sri Lanka, Africa and India, have ‘peeled back’ the impenetrable vegetation to produce a significant reappraisal of traditional concepts of urbanism. However, until recently, discussions on early urbanism were mostly downplayed and the application of lidar survey is rather new and very limited in Amazonia. As a result, debates on South American urbanism (with the exception of the 'Garden Cities' of the Upper Xingu) continued to be dominated by Andean contexts.

So the scientific mission started. We timed the lidar scan for the end of the dry season in early October 2019 when many trees in the region lose leaves, which in turn, facilitates the penetration of the canopy by our ‘lasers in the sky’.

Lidar field seasons are an emotional roller coaster, and this one was no exception. We had a rough start. The end of the dry season coincides with savannah burning which is increasing year by year accelerated by the vicious cycle of climate change and human land-use transformations. On the day of the first mission, the smoke was so dense that the aircraft had to be grounded.

But every cloud has a silver lining, and this provided Robinson with time to make the latest tweaks to the lidar sensor integration into the helicopter in a local workshop.

In a stroke of luck, rain began to fall extinguishing the fires. The work could finally commence and selected terrain was scanned over long days, accompanied by nausea and discomfort resulting from the aircraft movement and stifling hot conditions while attempting to focus the eyes on the computer screen.

Once the aerial campaign finished, a few cold drinks were poured to celebrate the successful field season. Back in the lab, lidar processing began. Then came the moment that the whole team had been anticipating: the application of the vegetation removal algorithm, that as if in an act of magic, 'digitally clears' the forest canopy, revealing the hidden earthworks. The results were not disappointing; revealed to our eyes were plans of dense, complex and a formally integrated archaeological landscape, with long-suspected civic-ceremonial centres within a multi-tiered hierarchy.

The findings granted us key insights into the elaboration and magnitude of these civic-ceremonial centres. For example, it showed that the core area of primary centres like Cotoca is built on 4-5 m high human-made terraces covering approximately 30 football fields (~22 ha). On top of these built terraces lay civic-ceremonial U-shaped structures, platform mounds and 21-m tall conical pyramids. Prümers was able to quantify the labour necessary in the development of these large settlements based on the precise digital terrain model created by lidar. Cotoca, is ten times bigger than the famous Akapana pyramid constructed at the capital of the Andean Tiwanaku empire and just a fifth smaller than Cahokia’s Monks Mound (the largest earthen structure in the Western Hemisphere). The Cotoca site, with a conservative estimate, must have taken 570,690 persons/days to construct. Collectively, the findings show a scale of monumental architecture that has no precedents in Amazonia. The scale of labour and planning shown on these sites can only be compared with the Archaic states of the central Andes.

The lidar data also provided us with several remarkable and surprising insights into the sophisticated architecture of these civic-ceremonial centres. Among them are the planned SE orientation of the built terraces (similar to the orientation of burials), the perfection of the straight radiating causeways connecting the network of sites in the landscape, and the system of ranked polygonal bank enclosures with checkpoints that restrict access to these central locations. With streams moving through sites and careful control of water into reservoirs, the complexity of water engineering is astounding. Crucially, analysis of the lidar data also shows us how these civic-ceremonial centres were integrated into the landscape across a region of 4500 km2. In the highest density sectors, monumental structures are just a mile apart. All within a highly modified landscape interconnected by ~600 miles of canals, long raised causeways connecting sites, reservoirs and lakes.  This is a particular type of early urbanism, called low-density urbanism and it is not unique to the Llanos de Moxos, but it has parallels across other tropical areas of the world. Roland Fletcher’s work, among other students of urbanism, has been showing that in sharp contrast to the compact, confined, and dense populations of classical urban regions such as the Near East or the Mediterranean, tropical ‘low-density cities’ are extensive in number and exhibit dispersed settlements incorporating large amounts of open space and water management networks.

Influenced by now outdated paradigms that conceived the Amazon as a counterfeit paradise impeding the development of complex societies, archaeologists in the early 1980s questioned whether these monumental mounds in the Llanos de Moxos were human-made. A long time has passed since Peter Stahl wrote that we should have Greater Expectations about the sophistication of pre-Columbian cultures in lowland South America. The last decades of Amazonian archaeology have turned the tide on these preconceptions. Many of these discoveries have come from the Amazon's southern rim. In light of what we know now, our novel evidence from the Llanos de Moxos is hardly surprising in a region that witnessed some of the earliest human occupations in Amazonia and was the cradle of crops of global importance such as manioc during the early Holocene, where the third global event of rice domestication took place, where people built landscape-scale fish weirs, aquaculture was likely practised on human-made ponds, duck domestication likely took place, and where the isotopic analysis of skeletal remains show a reliance on maize agriculture during the late Holocene. Our results are a tour de force in the largely unknown human history of Amazonia with global implications for the study of the rise of early cities. We dare to say that the new data closes the Amazonian-Andean divide.

Archaeology has shown that the deep indigenous history of the Llanos de Moxos is characterised by the production of an enormous cultural and agro-biological diversity whose resources were managed by the indigenous populations for thousands of years. Our previous work in the Amazon shows that through soil fertilisation, limited clearing of the forest for crop cultivation and agroforestry practices that largely kept the forest canopy intact and the management of fires long-term food security and nutritional diversity were attained by native Amazonians. In this study region, pollen records show no decline in forests during the Casarabe culture period. Now lidar technology combined with extensive archaeological research reveals that indigenous people not only managed forested landscapes but also created urban landscapes. These systems not only provide evidence of successful, sustainable subsistence strategies but also highlight a rich cultural-ecological heritage that sorely needs to be protected. Most importantly, it can significantly contribute to perspectives on the conservation of the Amazon.

The initial stages of the research were showcased in Jungle Mysteries: Lost Kingdoms of the Amazon (Episode 2) hosted by Ella Al-Shamahi. 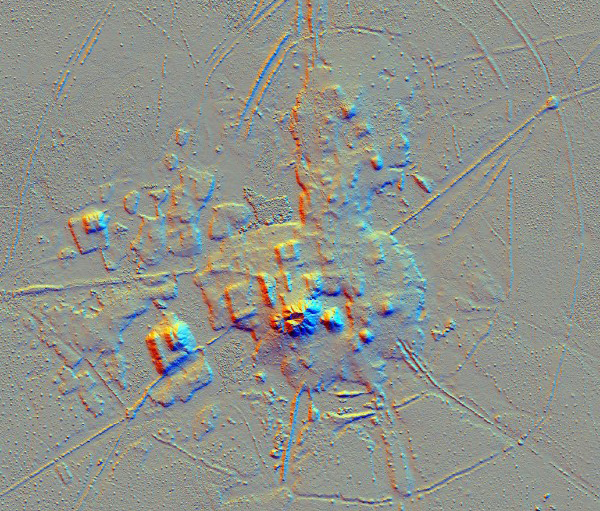