Working in the army seems to influence several neuro-cognitive processes but only a very few researchers have explored its components. Therefore, this specific and unique population is of interest to deepen our understanding of human cognition.

People may report a reduced feeling of responsibility when they comply with orders in situations of asymmetric power, such as hierarchies. Previous research has shown that complying with orders reduces both the sense of agency, that is, the feeling that you are the author of your own actions and therefore responsible for the outcomes, and the neural processing of the pain of others, namely ‘empathy’. Such results likely explain how people's willingness to perform moral transgressions is altered in coerced situations.

These effects have been shown in experiments with civilian participants, for whom coercion should be a rare (and generally illegal) occurrence. In contrast, some social structures, such as the armed forces, rely on strict hierarchical organization where people are required to follow orders. The professional role of military personnel implies compliance to hierarchical authority, based on the mandate society has given to that authority. In the present research published in Nature Communications, we wondered to what extent the hierarchical organization of military environments and how different military ranks, associated with different degree of accountability, might influence the experience of agency and outcome processing. Results showed that working in a highly hierarchical environment such as the military is detrimental for the sense of agency and for the neural processing of outcomes of one’s own actions. Yet, groups undergoing specific training targeting responsibility and accountability, such as military officers, did not show this effect. This research opens up the interesting possibility of training people to develop a sense of responsibility.

Testing a military population was not part of my initial plans but I met the Major Salvatore Lo Bue, co-author of the study, during a conference in Belgium. He was looking forward creating new scientific collaborations and I was presenting a poster on how coercion changes sense of agency. Considering the topic, it sounded like the perfect scientific match and it would be a nice opportunity for me to discover the military environment. Even if the aim of the published study was to investigate the experience of agency among military members, my ‘dream’ aim would be to develop specific trainings that would help to make the switch between obedience when required and making decisions when necessary in the military. Salvatore and I tried to be officially funded to study disobedience to unlawful orders in the military as a follow-up of the present study. It was declined, but I am not giving up yet!

Apart from that; testing the military can be very agreeable. If you test human participants in your field of research, you obviously know how complicated it can get and the patience you will need: Participants arrive late; they cancel the very expensive MRI session last minute; they fall asleep during the session, etc. Things are different when you test military participants: they are highly punctual and do not cancel (except for privates on call). It is thus very agreeable to test them!

When you test privates on call, it means that they have to be ready to leave at any time on a mission. So when you test them you just “pray” they will not screw up your EEG system because some emergency. Also, because of such  “on call” emergency status, it is quite common they bring their military  outfit and apparatus to the experimental room. Kind of "funny" to give orders to military who have assault rifles nearby. It makes you feel like you are not the person who has the real power in the room. 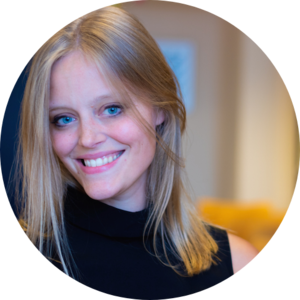