Menu
A community from Nature Research
Editor Nature
On the Road, COVID-19

I recently attended the 35th annual European Economic Association Congress, which however, was the 1st virtual one during its history due to the pandemic. It lasted for a week (24th-28th August) and gathered over 1,500 economists worldwide and from all spectrums of economic discipline.

It was also my first time attending this congress but I was amazed by its huge success online and impressed by the broadest ever scope it incorporates. We met Professor Per Krusell at the opening session on the first day of the congress. Per is the Professor of Economics at Stockholm University and holds a part-time position as Centennial Professor at London School of Economics and he is currently the President of the EEA congress. Per enjoyed the coffee and pastries with attendees online and awarded a free entry ticket for the conference for persons with the cutest coffee mugs!

During the following days, over hundreds of parallel sessions happened, covering economic subfields such as Macroeconomics, Microeconomics, Applied Macro and Micro, Labor Economics, Environmental and Climate Economics, Developmental Economics, Banking and Finance, Econometrics, and etc. Each session contains 4-5 individual talks and was chaired by a moderator. After each talk, attendees were free to throw questions.

Numerous fabulous research ideas were emerging. During the session on Environmental: Climate Regulation Over Time, Professor Michael Bauer, the Professor of financial economics at Universität Hamburg, showed us his work on ‘The Rising Cost of Climate Change: Evidence from the Bond Market’. He suggested that the level of the social discount rate (SDR) is a crucial factor for evaluating the costs of climate change and the equilibrium or steady-state real interest rate is the fundamental anchor for market-based SDRs. He employed a simple Unobserved-components (UC) model to identify a pronounced downward shift in the entire term structure of SDRs in recent decades. This lower new normal for interest rates and SDRs has substantially boosted the estimated economic loss from climate change and the social cost of carbon. Credit risk and bank loan repayment seems an area with growing attention in the field of Banking and Finance. An interesting talk on the session of ‘Finance: Bank Risk – Empirical’ came from Gazi Kabas, who is a PhD candidate at University of Zurich and Swiss Finance Institute. The research is on ‘Population Aging and Bank Risk-Taking’, where Gazi investigated the impacts of population aging on bank deposits, lending and composition of lending by using cross-sectional regression models for the period 1997-2007. Results show that rise in seniors will significantly raise bank deposits (17.7%) and credit supply (16.4%). More importantly, more exposed banks will be more likely to have higher nonperforming loan ratio during the crisis, implying higher credit risks. I also saw a major emphasis on the term ‘inequality’ for the congress this year, with totally 8 sessions surrounding ‘inequality’, ranging from labor market (‘Labour: Skills and Inequality’, ‘Labour: Labour Market Institutions and Inequality’, ‘Industrial Organization: Market Power, Labour Markets and Inequality’) to development (‘Development: Poverty, Inequality and Well-being’) and environment (‘Environmental: Inequality, Attitudes, Beliefs and the Environment’). Another interesting talk was provided by Dr. Adrien Fabre, a researcher on political preferences, social choice and inequalities at the Paris School of Economics. In his talk named ‘Yellow Vests, Pessimistic Beliefs, and Carbon Tax Aversion’, he used a representative survey and found that after the Yellow Vests movement, French people would largely reject a Tax & Dividend policy, i.e. a carbon tax whose revenues are redistributed uniformly to each adult. More interestingly, he found that previous attitudes will largely affect the information processing later.

There are too many interesting ideas to share here but something surprised me a bit is the panel discussion on media communications (‘Academic economists in the media: How can we communicate more effectively?’) and adaption in Economic course teaching to the pandemic (‘Teaching online: what have we learnt from the Covid-19 natural experiment and what do we want to retain for the long-term?’). Both to some extent showcase the rising interests for economists to get closer to the outside world and their willingness for their work to be seen by more. In the former, Professor Daniel Hamermesh, Distinguished Scholar at Barnard College shared a few tips from his own experience in scientific communications. This is very much similar with our criteria for press release, such as try to find something interesting and attractive like demographic, marriage, birth or death; to be more updated by looking at current economic things and try to avoid using jargon and complicated terms. The latter course on teaching involved some experts from OECD Directorate for Education and Skills (Marco Paccagnella) and teaching professions from University of Bristol (Professor Christian Spielmann) and UCL (Professor Cloda Jenkins). They shared the recent feedback on feelings from economic course teaching staff in the face of the pandemic and exchanged ideas for better engaging students when providing online courses. Valuable ideas were provided, such as using small panel discussion or small-scale student forum. One additional amazing thing I like about the congress is the small coffee corner on the congress website. The organizer tried the best to maintain the conversation as active as physical conference during the past. During the coffee break, I was lucky to have some exchanges with Professor Niclas Moneke, the professor for Economics at University of Oxford. He introduced his research on infrastructure development to me, which also turns to be a hot topic for Developmental Economics in recent years. He basically would like to understand how big push infrastructure investments interact in causing economic development. To do so, he first developed a spatial general equilibrium model to understand how big push infrastructure investments may differ from isolated investments. He also tracked the large-scale road and electricity network expansions in Ethiopia over the last two decades and presented causal reduced-form evidence confirming markedly different patterns and then leveraged the model to structurally estimate the implied welfare effects of big push infrastructure investments. He found welfare in Ethiopia increased by at least 11% compared to no investments, while isolated counterfactual road investments would have increased welfare by only 2%. When I told him we are developing our economic contents at Nature, he felt super excited and suggested he’s very happy about such journal development.

Overall, the congress this year is fruitful despite that it’s virtual. While economists are usually criticized as being too conservative, I did see bright sides from both the sessions and panel discussions that economists are now trying to be more open-minded than ever before. They are also actively adapting their work to external environment in adapting their daily job by bravely fighting against the COVID-19 and their own research by developing a closer link with policy priorities at global forum, such as inequality. However, dark sides also exist. First, the majority of economic research are still looking at a single phenomenon without making a more direct or explicit contribution to policy guidance. Limited talks, apart from those on environment, mentioned something like SDGs or digitalization, which supposed to be closely interacting with economic research. Second, most research questions and corresponding findings are quite within expectation as a commonsense knowledge, so the sort of surprising conceptual advance is hardly seen. Third, most economic studies presented were based on the datasets that are quite lagged-behind, which largely prevent more updated insights could be derived. However, thinking positively, these gaps might be the places our journal and editors can play a collective role and take the lead by better guiding economists, being more open-minded, supportive and encouraging. Economists are not isolated and here is the ‘new’ home for them. 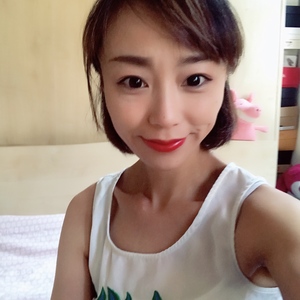 I had my BS in economics, MS in sustainability, both from the University of Leeds, and a doctorate in ecological economics from the University of East Anglia, where my research interest lies in assessment of the socioeconomic impacts of health outcomes resulting from disasters such as heat-waves and air pollution. I'm now handling manuscripts on socio-economics, climate-related health risks, climate policy and sustainability.
Follow

+1
Leena Paakkari and 1 other
Suicide during the COVID-19 in Japan
Contributor Nature Human Behaviour
Behind the Paper, COVID-19

+1
Takanao Tanaka and 1 other
Dialing for data: The story behind documenting the early socioeconomic impacts of the pandemic in Africa
Contributor Nature Human Behaviour
Behind the Paper, COVID-19

Simon Munzert
Behavioural and Social Sciences at Nature Research
We use cookies to help improve your experience. By continuing to browse our website you are consenting to our use of cookies.
Learn more