In some cultural contexts, girls under 18 years frequently marry without clear coercion from their parents or men. In contrast, global health professionals widely assume such marriages are inherently forced, undermining effective policy and fostering public misunderstanding.

Over the last decade, public and policy interest in ‘child marriage’ (i.e. defined as marriage under 18 years) has skyrocketed. This is illustrated by a doubling in worldwide google searches for child marriage, and the emergence of several dedicated organizations. Girls Not Brides, founded in 2011, for example, represents a global partnership of now over 1,000 civil society organizations committed to ending child marriage.

Increased awareness and policy focus on the wellbeing of girls and women is obviously welcomed. But we must also be wary of the potential for stereotypes and misrepresentations to be propagated as interest in child marriage grows. One particularly stubborn stereotype is that child marriages are inherently forced, i.e. girls demonstrate no agency in the transition to marriage. This view, grounded in legal definitions of adulthood, is actively promoted in many end child marriage campaigns, typically depicting pre-pubescent girls forcibly married to much older men – often using shocking imagery to garner attention. Plan International’s 2014 ‘Stop the Wedding’ campaign, for example, staged a public mock church wedding of a 12-year girl. This high-profile campaign, accompanied by text describing all child marriages as forced, won numerous awards for its attention-grabbing content, reaching over 1 billion people.

It is undoubtedly true that girls are forced to marry in some cultural contexts. But the idea that child marriage is always forced has long been challenged by social scientists in many other contexts, including across American history, where it is documented that adolescents under 18 years frequently marry/married without obvious coercion, including in some cases against the will of their parents – such as in cases of elopement. Concerned about this misconception, and its potential to feed into wider ethnocentric judgements of low income populations, we set out to test whether or not child marriage is best explained by parent-offspring conflict (implied by assumptions that it is inherently forced) in northern Tanzania.

Our 2019 paper, published in Nature Human Behavior, found little evidence that this was the case. We documented clear scope for conflict, since women married at younger ages tended to receive larger bridewealth transfers which may be attractive to their parents, but not only did girls and women mostly report choosing their own partners, associations between multiple measures of wellbeing and age at marriage were largely equivocal. This suggests that marrying early, at least around the ages of 16 and 17 years, may not always be as definitely harmful as we might expect. Instead child marriage may occur because it is deemed the most attractive option for female adolescents among their limited alternatives. This indicates policy should focus on expanding feasible options, so that girls can occupy viable positions in society without marriage, rather than via criminalization and pursuing legal action against parents who allow their daughter to marry early.

Our paper has generally been well-received among our colleagues in anthropology (where these observations are not new), but in presenting our work more widely we have also been met with skepticism. In the original study, we measured choice by directly asking participants who choose their partner, or who they expect to choose their future partner, with about 90% of girls and women of all ages reporting they made or would make the choice. But could they be lying, perhaps to protect themselves or their parents from judgement? Or did they misunderstand the survey question, perhaps failing to recognize elements of covert coercion? Others were, quite righty, skeptical of our conclusions about the wellbeing consequences of child marriage. After all, given out limited ability to infer causality with cross-sectional data, perhaps we underestimated the consequences of early marriage, and, in any case, don’t perceptions of costs and benefits guide behavior more than actual consequences?

To better address these issues, we have since turned to qualitative research to complement our initial investigation, conducting focus groups and in-depth interviews with young women and men, and parents of female adolescents from the same community. Reflecting on both their own lived experiences and hypothetical scenarios, participants largely viewed female marriage under 18 years as an opportunity, which could yield benefits such as increased social status. While early marriage could be risky, perceived risks were outweighed when structural constraints, like poverty, limited feasible alternatives and when adolescents faced similar risks outside of marriage. This might happen, for example, if attending school increases the likelihood of risky sexual behavior, pregnancy and acquiring sexual transmitted infections. Indeed, sexual activity and childbearing before marriage was common in the study area, significantly altering perceptions of marrying early.

We hope that this mixed-methods approach ultimately will help shift stubborn misconceptions about child marriage; strengthening our primary conclusion that in many, but not all contexts, child marriage is better understood as a product of limited alternatives rather than direct force or coercion by others. Arguably, marriage due to a lack of options itself could be defined as 'forced marriage' but we feel this nuance is lost among most of the general public and many global health professionals. In addition to the simple value of improved understanding, we believe overturning the stereotype that all child marriages are forced is critical for two main reasons.

First, it encourages us to approach the topic more sympathetically. This is critical in treating communities at the receiving end of international development campaigns with dignity. Dominant narratives about child marriage propagate stereotypes that the poor wellbeing of girls and young women in low income countries is caused the moral failings of parents who selfishly force daughters into marriage for their own financial gain (e.g. via bridewealth payments). Such stereotypes detract from the more deeply rooted causes of early marriage, including systems of poverty which themselves are often perpetuated by the policies of ‘donor countries’. This does not imply that child marriage is not a cause for concern or that decisions to marry early need to be viewed as ‘good decisions’, but correctly identifies such decisions can be rational choices within specific circumstances, often motivated by desires to mitigate alternative risks.

Second, overturning this stereotype offers important insights for policy-makers. For example, programs to end early marriage often include efforts to empower girls to exercise agency to delay marriage. Yet, this may fail when (a) the assumption that girls are forced into adolescent marriages by others is not met and (b) if risks associated with non-marital opportunities (e.g. continuing education) are not fully identified or altered. In such cases, efforts to empower girls with agency may hasten rather than delay marriage. This was evident in our study in elopements i.e. spontaneous marriages without parental approval. In such cases, adolescent girls may deem marriage to be more attractive than alternatives, despite disapproval from their parents, much less global health agenda-makers. This raises the dilemma in which young people’s agency is accepted by external actors only when they make the ‘right’ choice according to development agendas.

Supporting adolescent girls to live the lives they desire will require acknowledging and respecting the full range of their agency while simultaneously working to dismantle unduly limiting structures which shape all decision-making. 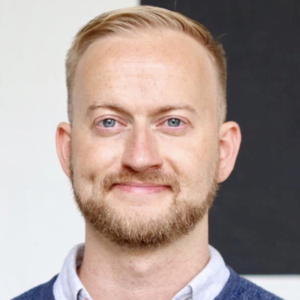 Wilma A. Bainbridge
Contributor Nature Climate Change
After the Paper