A community from Nature Research
Contributor Nature Medicine
Behind the Paper

+1
Jennifer Mitchell and 1 other View all
Associate Professor, UCSF
Follow 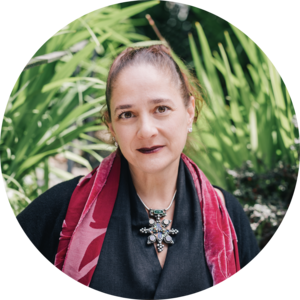 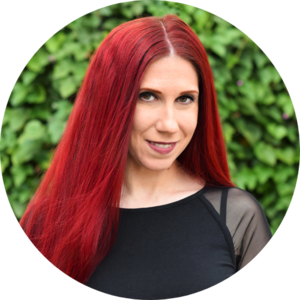 One of the hardest things to do is to convince people that they’re wrong once they’ve made up their minds.

In the 1970’s a chemist by the name of Sasha Shulgin synthesized a long-forgotten compound first generated by the pharmaceutical giant Merck in 1912. Not long after, a group of psychologists, led by Leo Zeff, noted that the empathic effects of this compound made it an excellent adjunct to psychotherapy: an hour or so after ingestion, people noted feeling able to address emotionally evocative, even traumatic, subject matter with ease. Within the span of a few years, however, the compound had slipped out of the psychotherapist’s office and into the general population, where it became one of the most widely used recreational substances of its time. This recreational use had the unfortunate consequence of kindling classification as a DEA Schedule I substance and also spawned several years of NIH funded research designed to demonstrate that the compound was neurotoxic and dangerous. Although these data were later retracted, the damage was done; to this day most people my age will tell you that MDMA (dubbed “Ecstasy” in its unregulated form) burns holes through your brain and brings to mind images of withered neurons paired with the words, “this is your brain on drugs”.

How do we, then, reconcile this sentiment with the myriad of pre-clinical data indicating that MDMA facilitates the extinction of fear memories and impairs reconsolidation of traumatic memories? And what to do with the many years’ worth of anecdotal reports touting MDMA’s therapeutic benefits? It has taken us decades to get back to addressing these important questions.

So then, even if early data suggest the merits of further testing, without government funding, how do you proceed? One possibility involves catching the eye of a big pharmaceutical company, since drug development is typically within their wheelhouse. But big pharmaceutical companies aren’t exactly enthusiastic about tackling the development of unpatentable Schedule I substances, even for an indication as important and widespread as PTSD.

Our study instead relied on funding from a Public Benefit Corporation and Non-Profit Foundation, the Multidisciplinary Association for Psychedelic Studies, which in turn gathered funds through crowd sourcing and philanthropy. Propelled by the tenacity of a handful of unwavering optimists, MAPS spent years painstakingly cobbling together the money necessary to conduct Phase 2 and 3 testing, with the goal of eventually turning MDMA into an FDA approved medicine.

For a new drug to be approved by the FDA, the associated clinical trial is not only reviewed for scientific validity, but also for the use of an FDA approved trial design, including statistical analysis plan and outcome measures. Even pharmaceutical companies can fail at this stage in the approval process and be told that their “successful” trial does not meet the stringent criteria of the FDA.

To facilitate the approval process, the FDA has developed a Special Protocol Assessment (SPA) that allows researchers to receive FDA advice and guidance to establish an agreement with the FDA on trial design and the statistical analysis plan prior to beginning the research. By working in conjunction with the FDA on this process, researchers can better ensure that their data will meet the FDA’s benchmarks for later evaluation as part of a new drug application (NDA).

The Phase 3 study that we report here (https://www.nature.com/articles/s41591-021-01336-3) was granted an FDA Special Protocol Assessment (SPA) and, not long after, MDMA-assisted therapy for PTSD was bestowed a Breakthrough Therapy designation by the FDA. These designations serve not only as indicators of the therapeutic potential of the treatment but also of the huge unmet medical need that could potentially be addressed. These designations also set the groundwork for expeditious development of a new medicine if the studies are successful. Given the complicated history of MDMA, it is compelling to consider that this assistance suggests a shift in regulatory thinking.

Though early Phase 2 studies of MDMA for PTSD have shown real promise, it is not uncommon for early trials to inaccurately predict the effect size of the larger, multi-site, Phase 3 clinical trial that typically follows. What’s more, as with all psychedelics, MDMA is considered an experiential medicine, the effects of which depend on the set and setting in which the compound is administered. This means that, unlike aspirin, the outcome of an experimental session with MDMA may be significantly impacted by the surroundings. Therefore, when scaling up from small single-site studies, to this complex Phase 3 trial - conducted across 15 study sites in 3 countries with 70 therapists - success was not a given.  Not only did the Phase 3 findings demonstrate the efficacy predicted by the Phase 2 studies but, statistical speaking, there was no impact of the various study sites on these findings. This provides us with reason to believe that MDMA-therapy will continue to be effective in treating PTSD when the scale is expanded.

This first pivotal Phase 3 study of a psychedelic-assisted therapy has been 35 years in the making. And now we stand at the juncture of a new experiment that is focused not on the effects of a psychedelic therapeutic but instead on our society’s cognitive flexibility: can we overcome our previous misconceptions and finally evaluate these compounds objectively?