Many studies try to find genes that influence our behaviour. In examining larger patterns of genetic variation combined with geography, we saw evidence for impact of our behaviours on the genetic make-up of populations. Here, I summarize my thoughts and studies since our 2019 NHB paper on this topic.
Abdel Abdellaoui
Geneticist, Amsterdam University Medical Centers
Follow
Like Liked by Evelina Satkevic and 2 others
0

Humans are biological creatures living in a social world governed by their own abstract rules. This social world and its rules have a synergetic relationship with our biology. Our biological machinery needs to be nurtured in order to function properly, and the rules of society govern how we distribute our nurturing resources across the population. These rules are highly dynamic and vary between societies. They usually shift between trying to give everyone a fair piece of the pie or letting nature run its course by having the strongest and/or smartest take what they can. Which one of these directions is preferred is probably influenced by how one answers another age-old question about where individual differences come from: are we a product of the genes we are born with or are we formed by the environments that we create as a family and as a society?

Nearly all human characteristics and behaviours that we can measure are influenced by both genetic and environmental factors. Some characteristics are more valued in certain societies than others. We start nurturing and rewarding talents and behaviours that we value from a very young age on. We send smarter kids to better schools, which then grow up to get better jobs, which allows them to afford a healthier lifestyle and better housing in more prosperous neighbourhoods.1 This makes them more likely to meet and marry another successful person with whom they can start a family.2,3 They will be able to afford healthier and more nutritious environments for the children to whom they pass down their advantageous genetics. Behaviours that help in climbing the social ladder are influenced by many genes that individually have very small effects,4 which means that two highly educated parents are likely to carry non-overlapping sets of genes that contributed to their intelligence or health, which then get combined in their offspring. Thus, we amplify talents provided by nature with better nurture, and better nurture in turn amplifies nature in the next generation, and so on. The way society (financially) rewards certain talents over others strengthens genetic effects and influences the future genetic make-up of human populations, and thus perhaps also their evolution.

At every level that genes are expressed, there will be some interplay with their environment. The DNA sequence contains instructions to encode proteins, and it depends on the cellular environment which of the proteins are produced. If a cell is surrounded by brain neurons, the encoded proteins will include neurotransmitters involved in brain activities. If your DNA happens to encode more of a neurotransmitter that makes your brain perform slightly better on certain cognitive tasks than, say, that of your sibling, you might do slightly better in school than your sibling, which could help you perform better in society later in life, which society will reward with a more nurturing environment.5 This causes genes that were initially associated with educational attainment to become associated with many physical and mental health outcomes as well, most strongly with outcomes related to obesity and substance use.5 Neighbourhoods differ greatly economically, and this results in differences in what inhabitants put in their bodies, which in turn causes differences in how their bodies and brains function. Poorer neighbourhoods have more fast-food restaurants and higher rates of drug and alcohol abuse, while healthier lifestyles are more expensive. Genes get a stronger effect because of how our society is structured.

Gene-environment correlations (rGE): The sibling pair born in the region at the bottom migrates to two different regions at the top. The sibling with a genetic predisposition for a higher education (as captured by a polygenic score) can afford to migrate to a healthier environment. This causes genes to correlate with environmental factors. This figure is from Abdellaoui et al, 2022, where we found evidence for both passive (i.e., family-level) and active (e.g., through migration) gene-environment correlations using molecular genetic data from 26k sibling pairs and 255k individuals born throughout Great Britain.5

These insights were made possible by very recent advances in molecular genetics4 and have both scientific and societal implications. Scientifically, it means that whenever we look for genes that influence obesity or substance use, we will also find genes that are associated with education, intelligence, or any other characteristic that may influence how well one performs in society. We can improve (but not perfect) our ability to detect genes that are more directly related to physical or mental health outcomes by accounting for the family and/or geographic region that people grow up in or move to.5 On a societal level, it shows how we, as a society, increase the unfairness of the genetic lottery by giving an environmental advantage (e.g., money) to people that were more lucky with their genetics. This unfairness is difficult to address, because it is the result of a system that has brought much progress to society as a whole. We need (financial) incentives to motivate people to contribute to society. If the quality of one’s life is on the line, many will try harder to maximise their potential. Small genetic differences can make it easier for some people than others to solve the problems that large and complex societies pose.

Modern genetics research reveals that part of the answer to the nature/nurture debate lies in the way we organize our society. Would it be possible to find answers to how we should organize our society in the nature/nurture question? Before we consider applying our crude understanding of the genetic code to influence the laws that govern our complex societies, we need to acknowledge a painful history where this has been attempted with bad results. In the previous century, mischaracterizations of genetic differences between groups of people were used to incite racist and eugenics-driven violence on marginalized groups.6 First, it was widely believed that the genetic quality of the population should be improved by restricting who can procreate through extreme measures such as forced sterilizations. In addition, many believed in the genetic superiority of one race over the other, which led to additional atrocities, including the holocaust. Eugenics was initially inspired by some of the great pioneers in genetics research and further darkened by a long history of conflict, slavery, and propaganda-incited hate between ethnic groups. Furthermore, genetic effects were not well understood at that time, especially in their relationship with the environment. We still understand very little about population differences. The findings described in this essay are mostly based on studies that only include participants with a European ancestry, just like ~90% of all other genetics studies. Genetic effects estimated in Europeans translate badly to non-Europeans due to different population histories that resulted in systematic genetic and environmental differences which make it technically difficult to produce generalizable results. A big disclaimer of this essay is thus that social phenomena related to being part of a marginalized group, such as oppression, racism, or discrimination, are entirely missing from the studies that this essay discusses.

You need a good amount of luck to live a prosperous life. It certainly helps to be born in a certain region with a certain name or certain skin color, but our socio-economic system also contains elements of a meritocracy that favors a certain set of partly heritable mental and physical health outcomes, with a strong emphasis on intelligence and probably also creativity. Financial rewards send people that translate these tendencies into useful skills up the socio-economic ladder, where they find husbands or wives with similar accomplishments to combine genes with, accumulating and amplifying inborn qualities and accumulated riches in their offspring. Meanwhile, less successful parts of the population are left behind in poorer environmental circumstances that often increase disease risk. How we should approach this growing genetic and economic divide is anything but clear.

Communist regimes have demonstrated throughout history that a full top-down control over the division of financial resources is likely to result in atrocities. Free markets have brought much prosperity, but it is not clear how sustainable they are, as they lead to growing inequalities, on both an economic and a genetic level. Viable solutions will lie probably somewhere in between, or outside, these systems. Many societies do realize that some of our financial resources should be diverted to improve the living conditions of economically disadvantaged regions. Fewer are looking at the traits that we reward as a society. Could there be a way to keep rewarding useful traits like intelligence and creativity, while also increasing socio-economic rewards for more nurturing traits like compassion, kindness, and honesty? Theoretically, if such a change were to persist for multiple generations, it could result in successful people with an additional genetic predisposition to better nurture people that are less fortunate, which could help make a much bigger part of the population more healthy and better able to make useful contributions to society. Thinking about such fundamental changes to the fabric of our societies is challenging and maybe even risky. It is important, nevertheless, that we include genetic effects in our thought process, because the way we organize society will impact the genetic make-up of our populations, whether we mean to or not.

6. Rutherford, A. Control: The Dark History and Troubling Present of Eugenics.  (Hachette UK, 2022).

Genes and Geography in a Modern Meritocracy 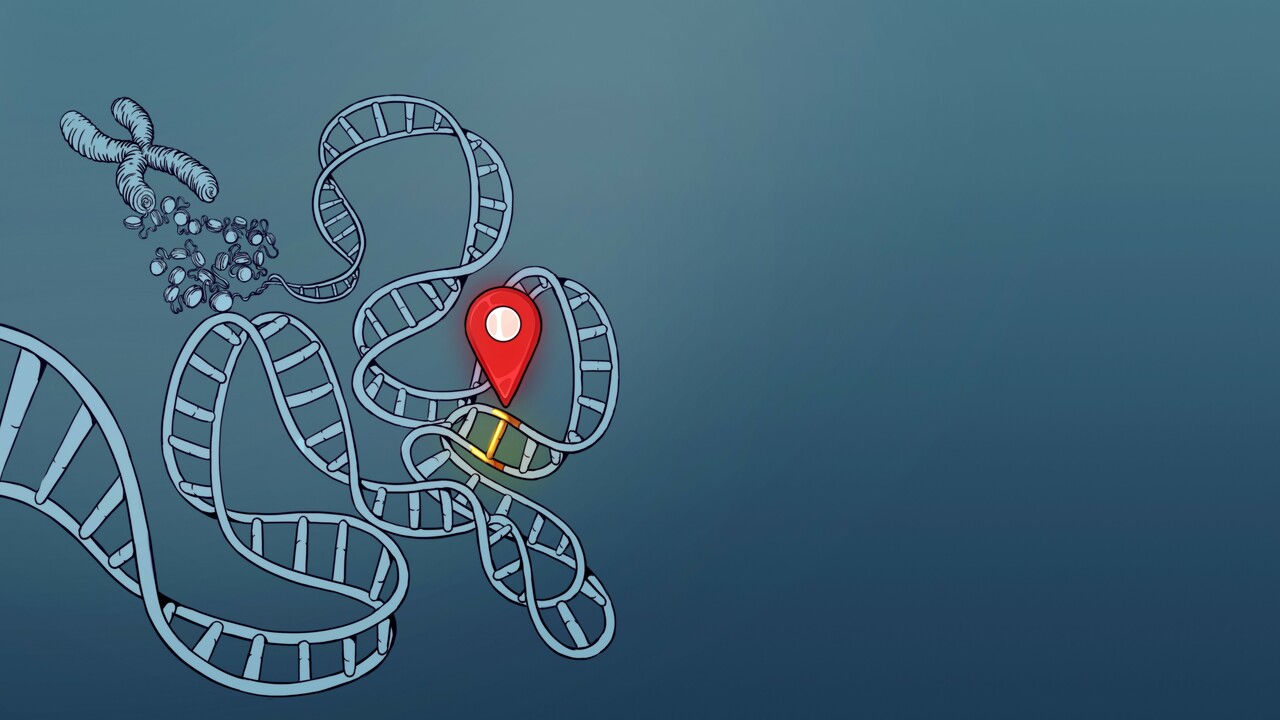 Many studies try to find genes that influence our behaviour. In examining larger patterns of genetic variation combined with geography, we saw evidence for impact of our behaviours on the genetic make-up of populations. Here, I summarize my thoughts and studies since our 2019 NHB paper on this topic.