CREMA—Center for Research in Economics, Management and the Arts, Switzerland

Knowledge is a key pillar of wisdom which we frequently associate with light. This is perhaps a consequence of our ability to see things when there is light, and seeing is often a first step towards understanding. “And God said, “Let there be light.” And there was light. God saw that the light was good, and He separated the light from the darkness” (Genesis 1: 3-4). It seems as if the night is no man’s friend. The devil’s nightly kingdom of darkness lures us into nocturnal diabolic temptation. Macbeth said: “Stars, hide your fires; Let not light see my black and deep desires”. Interestingly enough, there are species different from the human form that see things better in the dark. The moths, for instance, that easily outnumber us humans prefer navigating in the dark relying on the positions of distant celestial bodies. In a nutshell, therefore, we (humans) associate light with knowledge, simply because we see better in light - the association of light to knowledge is clearly a consequence of latent anthropocentrism (Sagan, 1979). But most of what humanity has learned has been learned in darkness. More than 400 years have passed since Galileo with his 23x magnification telescope opened the beautiful vista of the night. As Eiseley (2016) points out, “[a] misty light so remote as to be scarcely sensed by the unaided eye has become a galaxy” (p. 68). Thus, in this short piece we suggest that wisdom should be rightfully (and objectively) associated with darkness.

The stars were always there – it is just that the light of the sun prevented us from seeing them in the past. The reality of the existence of the stars needed darkness to aid our initial attempts at understanding them. We had to wait for Aristarchus (from the Greek island of Samos) for one of the very first speculations that stars were distant suns (Sagan, 1980). These little fragments of light needed the infinite vastness of the dark (within which they were confined) to reveal their true selves to us. The brightness of the sunlight blinded us from understanding them – much like how too much information in our fingertips today blinds us from seeing different realities for ourselves clearly. Today, light has become a pollutant in its truest sense – and literally so since unwanted artificial lighting is causing health concerns (and possibly extinction) for many species … and all this is in addition to the obstruction of fruitful astronomical research.

It is not just anthropocentrism that leads us to associate light to understanding – the role of fear has been just as important. It took time for us humans to deploy and enjoy the darkness of night. Still few humans have entered the great deeps where there is an unexplored night world in the abyssal depths of the sea. The cold, the dark, and the infinite have so terrified man, that even his choice (and therefore construct) of (the biblical) hell involves light ... from the very fire that burns him till eternity. Clearly, therefore this world today needs darkness – the darkness of wisdom, that provides the shelter we need from too much light that blinds us from the truths.

We looked at the stars at night, studied them in the dark, understood how the heavens go, and used them to navigate and explore new lands and peoples as the Phoenicians have shown us. Those were our first attempts at astronomy, navigation, cartography, geography, topography, and anthropology. The stars gave us direction (the pole star being a literal example, for it has always indicated the north … and therefore all directions) to this evolution of understanding. The science of the stars provided the secrets of timekeeping. Every time we look up to the stars, we stare right at the face of history – since the stars look to us today like how they actually did way back in the past (for even light has finite speed). We had to wait until dark (of a solar eclipse) even for Helios, the sun god to reveal the secrets of helium (a landmark in our knowledge of chemistry). The darkness of a solar eclipse also helped us conclusively establish the superiority of Einstein’s relativity over Newtonian gravity (Banerjee, 2020) through Eddington’s lensing experiment (a landmark in our knowledge of physics). Most of our learning came from darkness … and yet we associate knowledge with light. This difference between light and the dark needs to be clearly understood, for it also represents that between knowledge and wisdom – one is momentarily global, and the other eternally cosmic.

Thus, darkness has offered us eternal clarity of understanding where too much light has only often blinded us. Ever since religious dogmatism spelled out ‘let there be light’, scientific inquiry has been forcefully blinded and silenced. It is time to reject that burning light of hell and unite under the shelter that darkness has to offer. We need to move away from the glow of religious pride and embrace the cover of scientific humility. That is how we will be able to look at each other bare in darkness, and move together devoid of any false mask of lustre. “I made my sign to the great darkness… As I walked into my camp late that night, one man, rousing from his blankets beside the fire, asked sleepily, “What did you see?” “I think, a miracle,” I said softly, but I said it to myself. Behind me that vast waste began to glow under the rising moon” (Eiseley, 1959, p. 41).

Banerjee S. 2020. Einstein’s Eclipse: It has been 101 years since ‘Theory of Relativity’ was validated. Down to Earth. Retrieved from: https://www.downtoearth.org.in/blog/science-technology/einstein-s-eclipse-it-has-been-101-years-since-theory-of-relativity-was-validated-74129

Eiseley, L. 1959. The Immense Journey: An Imaginative Naturalist Explores the Mysteries of Man and Nature.

What Can We Learn from James Lovelock’s latest book Novacene for Earth Day? 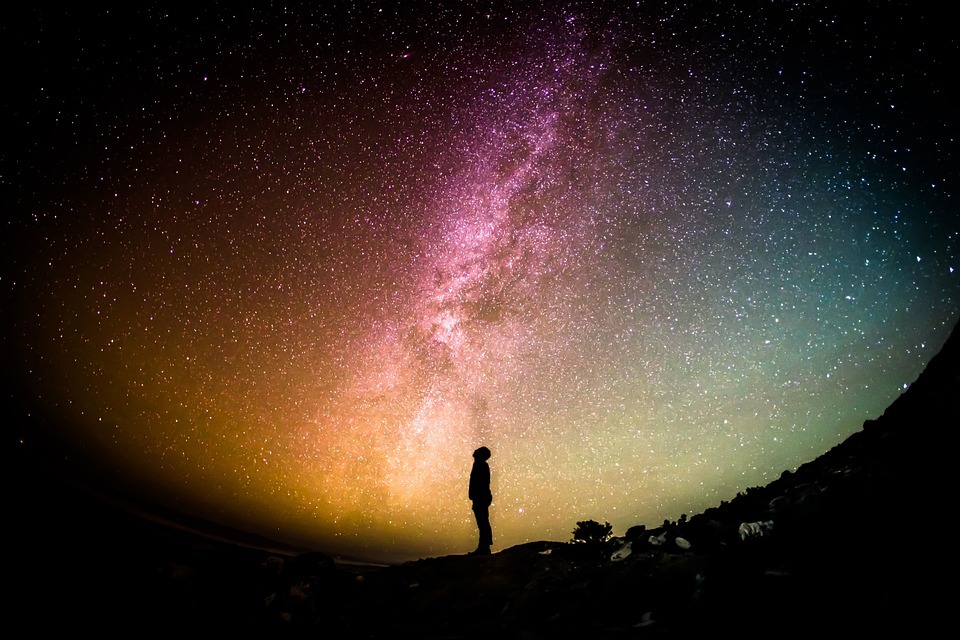