A form of deductive reasoning, transitive inference, is thought to allow animals to infer relationships between members of a social group. In our research, we show that domestic chicks perform a transitive inference task differently according to sex and rank.

Does social status influence an individual’s ability to determine its place in the hierarchy?

Animals that live in social groups are known to employ social cognition and social learning to interact successfully with conspecifics in order to find food and shelter, avoid predators and gain access to mating and nesting opportunities.

Transitive inference (such that if A > B and B > C, then A > C) is a form of deductive reasoning which has been demonstrated across the animal kingdom, including in mammals (rats and chimpanzees), fish (the brook trout) as well as birds (Pinyon jays, greylag geese, domestic chickens) and it is thought to allow animals to infer social relationships between individuals thus underpinning the social cognition of hierarchy formation.

As their recent ancestor, the jungle fowl, domestic chickens live in social groups, usually consisting of a male bird with a number of females present in its territory. They form a generally linear, social hierarchy known as a ‘pecking order’ in which the male bird is dominant over the females, whilst the social hierarchy shown by the females is determined by which birds dominate at pecking others. The hierarchy is maintained by continued interactions, usually displays of dominance between the females. Therefore, it is important for chicks to recognize their conspecifics from an early age and to be able to interpret the social interactions between them.

Chickens have been shown to have excellent social cognitive abilities by visually discriminating and recognizing individuals in their social group and interacting with them successfully. However, a link between social rank and an individual’s ability to perform transitive inference has never been directly investigated.

In our recent paper, 44 chicks (Gallus gallus domesticus; 26 males and 18 females), hatched in the lab, were assigned sex, raised in isolation and assigned a rank following a brief first-time exposure to conspecifics of the same sex at 5 days post-hatch during which time pecking behaviors were recorded. They subsequently lived in small groups with these same conspecifics throughout the remainder of the experiment in which they were trained to discriminate pairs of visual stimuli (A > B > C > D > E, see Figure 1) through associative learning, so that they could build a hierarchy of the stimuli. The chicks were trained on a series of trials involving the presentation of stimulus pairs in the order: A+ B-, B+ C-, C+ D-, D+ E-, (“+” means choice reinforced with food; and “-” not reinforced). After successful training, the chicks were tested on the same pairs presented during training and, in addition, they were presented with a pair of stimuli never previously experienced together but each of which had been rewarded to an equal level during training (i.e. BD), as shown in Figure 1.

The pair AE was used as a control, in which choosing the correct stimulus (A) involved the ability to discriminate between a stimulus always reinforced (A) and a stimulus (E) that was never reinforced during training and the other trials of the test session, therefore responding correctly, i.e. pecking at A, should be considered as a demonstration of successful associative learning. The pair BD, on the other hand, represented a test of transitivity, since in order to correctly discriminate the pair BD (i.e. pecking at B) chicks needed to have learnt the hierarchy. The ability to perform this test correctly would suggest that the chick has responded using a form of representational learning, a form of learning likened to logical reasoning.

Results show that the chick’s position in the group’s hierarchy and the sex of the chick influence the learning outcome: the highest-ranking male chicks performed worse at the task than middle-ranked birds and overall males performed less well than females, with lower ranking females performing better than higher ranked females.

In male chicks, the highest ranked birds did not perform transitive inference significantly above chance level whereas the other ranks did. This could be because dominant males essentially do not need to learn a hierarchy since they require only to ‘dominate’ all other males and protect their mating territories. Conversely, the middle ranking males that did perform transitive inference are likely to be able to assess other males within a hierarchy, therefore suggesting that submissive birds have to learn more relationships than dominant birds in order to avoid attacks by dominant individuals.

Female chicks appear to demonstrate transitive inference ability linked in a linear manner to rank with the highest ranked appearing not to invest in this form of learning in comparison to the other groups, although the highest-ranking females do perform the task above chance. The lowest ranked female chicks did, however, perform significantly better than the other ranked birds, therefore showing the importance for the lower ranked females to have an increased capacity to assess hierarchy and perform transitive inference.

Our research thus directly addresses the links between the abilities of transitive inference learning and social hierarchy formation, prompting further investigation into the role of both sex and rank within the dynamics of group living. 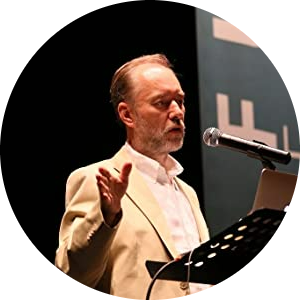