Tell me if you eat, I'll tell you if you cheat

+1
Eugenia Polizzi and 1 other See all
Researcher, National Research Council 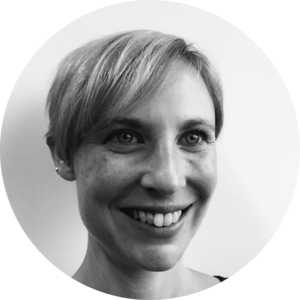 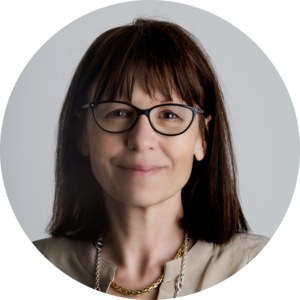 Is our decision making ability affected by what and when we eat? For decades, scientists have demonstrated links between the availability and quality of food and behavior in animals, but only recently such research trend has been addressed to tackle human behavior.

Studies in both psychological and economical domains have provided somewhat contrasted evidence about how acute energy changes, such as those induce by fasting/satiation, can impact a wide range of cognitive processes, ranging from memory, attention, risk-taking to self-control. Interestingly, there is also increased evidence linking long-term impairments of energy balance - as the ones associated to obesity- with alterations of cognitive functions, including risk-taking, self-control and general executive functions.

The ability to refrain from engaging in undesirable behavior is also a core element behind ethical and moral choices. Do body energy condition impair such ability? Although this aspect has been much less investigated, some evidence suggests so: judges in courts were found to rule more likely in favor of prisoners (e.g., accept a prisoner's request) soon after food breaks than later in a sequence of cases, supporting the common caricature of justice being "what judges eat for breakfast”.

Together with my co-authors at the Joint Research Center and at the Gate-Lab, we decided to investigate the role of energy dynamics on a specific form of unethical behavior: cheating by overstating performance for monetary gain. Interestingly, the integrity of cognitive function seems to be vital for refraining from lying: people are more likely to cheat under conditions of reduced self-control, while resisting to the temptation to cheat both requires and depletes self-regulatory resources. To date, there is very little research directly addressing how energy levels impact cheating. Also, no study has compared the behavioral patterns of subjects differing in BMI status, a proxy of long-term impairments in energy uptake. By designing an experiment in which both elements interact, we aimed at better identifying the extent to which energy dynamics can explain changes in dishonest behavior and compare that with alternative explanations.

To do so, we invited 150 experimental subjects (75 lean and 65 obese) to play the so called “die-in-the-cup game” (Fischabacher and Föllmi-Heusi, 2013) either before or after offering them a standardized breakfast.  In this game, subjects are asked to roll a 3-color die: they would receive 3 euro if reporting red, 1 euro if yellow, nothing if blue. Importantly, the outcome of the dice was only visible to them, because the dice was sealed in a cup (see figure). This gives subjects the opportunity to cheat, e.g. by reporting a higher outcome than the one actually observed. Since the dice is not rigged, each color has 1/3 probability of being observed. Therefore any departure from such percentage at the aggregate level would suggest cheating.

If energy dynamics impact cheating, we would expect fasted subjects to cheat more than sated ones. However, our results give only partial support to this prediction: breakfast reduced the emergence of cheating in lean subjects, but the effect was mainly due to females. The main difference was observed at the level of BMI status: cheating was more likely to occur in obese participants, regardless of breakfast consumption. Investigating the nature of lies helped us better characterize the motivations behind dishonest behavior. Our results suggest that obese subjects were more likely to cheat to avoid a zero payoff (e.g., reporting anything but blue) rather than to maximize it (e.g., falsely reporting red).  We estimated that more than 80% subjects lied to avoid the lower payoff, suggesting that obese subjects may have a hard time refraining from lying when this is associated to a potential loss.

The findings of this study are difficult to interpret in light of a pure energy dynamic perspective. There is now increasing evidence suggesting that obesity stems from a complex interaction between behavioral, neuronal and metabolic processes and is associated (but not necessarily causally) to a dysregulation of the mechanisms governing energy homeostasis. Due to the correlational nature of our study, we are not able to infer causality between obesity and dishonest behavior. However, we may postulate that the same behavioral patterns associated with the emergence of obesity might be responsible for the observed variation in dishonest behavior. Importantly, this suggests that although energy shifts might impact honesty, results cannot be explained by energy dynamics alone.

To sum up, the broader question “does energy affects our capacity to comply with moral norms?” might not have a simple answer. Our hope is that this study can contribute to increase this interesting venue of interdisciplinary research, calling for a better understanding of the psychological, economic and biological drivers of moral behavior.

How toddlers make decisions under uncertainty