Studying the menstrual cycle in a male-dominated field

Thrilled that his discomfort stemmed from the technical rather than the female, I wrote to several health apps with data on menstrual cycles to see if they might be interested in collaborating. I was at breakfast with another male computer science PhD student when I received the email I’d been waiting for from Clue, a menstrual tracking app.

“I think we’ve just gotten data on millions of menstrual cycles,” I told him.

To his credit, he did not say “weird” or “why would you want that?” He simply looked at me and said, one scientist to another, “Do you want to finish our breakfast, or do you want me to drive you home right now?”

In the five years which followed, we have written three papers on the menstrual cycle, the last of which appeared this year in Nature Human Behaviour. All but two of my eight coauthors have been men, and there have been many moments when they surprised me with their enthusiasm. There was the time my PhD advisor, Jure Leskovec, came with me to meet Paula Hillard, a women’s health expert who became our coauthor; Jure took notes furiously throughout the meeting, and left talking and walking so quickly from excitement that I worried we would fall down the stairs. There was the long-haired machine learning expert who became so engrossed in our conversation about how to model the menstrual cycle that we jumped when a car honked at us.

This is the thing I have always loved about math: it is a language which transcends social barriers. Male mathematicians can be absorbed by the beautiful puzzle of trying to capture menstrual periodicities even if they’ve never had a period. At one point a man chided me for operating at this level of abstraction -- “force people to face their discomfort,” he said. While I see his point, I have spent much of my career tailoring my words to make men only slightly uncomfortable, to bridge the gap between our lived experiences. Math offers me a language for doing so.

To me, the main reward of our research was hearing women share their own experiences. I was presenting our work at a conference when a man in the audience asked a reasonable but skeptical question about why people would use women’s health apps at all. Before I could answer, women in the audience jumped in to defend me by sharing their own reasons for logging their menstrual cycles. It was a strange, sweet moment, unlike any I have seen in an academic talk, because this was a basic goal of our project: to normalize talking about the menstrual cycle, to help take it from a stigmatized and understudied topic to one as normal and important as daily sleep cycles.

Our Nature Human Behaviour paper pursues this goal very directly, by comparing the menstrual cycle to three other cycles: daily, weekly, and seasonal. We examine cycles in fifteen dimensions of mood, behavior, and vital signs, analyzing hundreds of millions of logs from millions of women across more than one hundred countries. The central finding of our paper is that the menstrual cycle is a primary contributor to cyclic variation: it is larger than the daily, weekly, and seasonal cycles for many of the dimensions of mood, behavior, and vital signs that we consider.

It is inherently tricky to point out that the menstrual cycle is important without making some people think you’re saying that women are more volatile. (“It is hard to be a woman,” I heard more than one man say.) There are multiple simple reasons that our finding does not imply that women are more volatile than men. In our paper, we do not compare across sexes or genders at all because have no data on sex or gender. (While we use the term “women” here and in our paper to refer to women and people who menstruate, not all people who menstruate are women, and not all women menstruate). Previous research has not found sex differences in volatility, in part because males experience hormone cycles as well. Further, there are many contributors to volatility besides cycles; for this same reason, our paper does not imply that the menstrual cycle explains all (or even much) of the variation in women’s mood, behavior, and vital signs. Our finding is simply that the menstrual cycle is at least as important as the less stigmatized daily, weekly, and seasonal cycles. This means we should collect data on the menstrual cycle in our health apps and health records; that clinicians should consider reproductive health, which they do not always do; and that, above all, we should destigmatize the menstrual cycle as a topic of research and discussion. To do otherwise has real - and sometimes fatal - consequences for the health of half the global population.

The change I have seen, even in the five years since I began my PhD, makes me optimistic. In my own field of computer science, about 90% of papers using the word “menstrual” have been written in the last 10 years - many, I imagine, by people who would never have studied computer science in the past. The increasing use of women’s health apps has accelerated research on the menstrual cycle, and of women’s health conditions like endometriosis. I look forward to the day when we view the menstrual cycle not as a niche or taboo topic, but simply as a cycle like any other, recognizing that women’s health is human health. 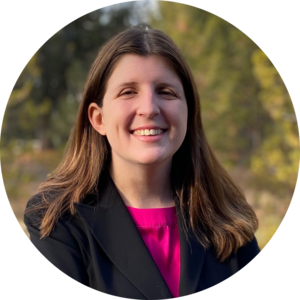 This is such a great post- and I'm sure I'm going to spend many hours talking about your work! thank you so much!