Which racial minorities reverse stereotypes in diverse settings? How? Does it impact how they are seen? Reflections on the paper, “Black and Latinx Conservatives Upshift Competence Relative to Liberals in Mostly-White Settings”.

When I was 22 years old, I heard Claude Steele speak to a packed auditorium in Providence, Rhode Island. The subject: His newly-released book, “Whistling Vivaldi: How Stereotypes Affect Us and What We Can Do”. In it, Steele presents the idea that people are motivated to, through careful self-presentation, reduce the likelihood that they will be negatively stereotyped. I was inspired. A year later, signed book in tow, I moved to Princeton, New Jersey, for graduate school, where I would begin studying stereotypes and self-presentation.

I learned the importance of stereotypes in high school. At 16, restless and seeking adventure, I decided to study abroad. After making the case to my parents (and pinching my pennies), I moved from my majority-Black hometown in Maryland, to an island in southern Chile. There, I had countless conversations with new friends, many of whom had never met someone like me. I found myself refuting common stereotypes about Black people. Aren’t all younger Black people better at sports than school? (Definitely not.) Do all older Black women go to church and wear huge hats? (Some, but not all.) Aren’t all Black people naturally good dancers? (Certainly not this one.) These conversations were rewarding, even fun, but I would later learn just how serious stereotypes can be.

In diverse professional and social circles, racial minorities often need to fight against stereotypes to be deemed capable leaders and worthwhile friends. Which racial minorities reverse stereotypes when interacting with White Americans? How do they do so? Does stereotype reversal impact how racial minorities are seen? I investigated these questions in my recent paper, out now in Nature Human Behavior. Focusing on Black Americans and Latinx people (who, as my research suggests, are stereotyped as similarly low in status), I find that Black and Latinx conservatives reference high competence more than liberals in mostly-White settings, reversing stereotypes.

Using advances in natural language processing, I analyzed the stereotype content of 250,000 Congressional remarks and 1 million tweets by Black, Latinx, and White politicians. I measured politicians' support for inequality using a scale developed by political scientists that is based on politicians' voting behavior. Results revealed that Black and Latinx hierarchy-based conservatives referenced high competence than liberals in Congress and on Twitter, using more words related to high power or high ability (like “determined” or “intelligent”). White politicians did not show this effect. Drawing from my previous work finding that White liberals “downshift competence” with Black Americans, I labeled this phenomenon a “competence upshift”.

Do Black and Latinx conservatives always upshift competence, or is it only when interacting with White Americans? To test this possibility, I recruited 1,200 Black Americans to complete an experiment about online communication, in which they met and introduced themselves to a real online partner (In reality, the partner was fake.) Participants were randomly matched with a White or Black partner. I measured support for inequality using Social Dominance Orientation, a scale that asks measures support for statements like “Group equality should not be our primary goal”. Black hierarchy-based conservatives presented more competence than liberals, using more words related to high status (like “influential” or “superior”). But, they only upshifted competence when introducing themselves to a White partner. Hierarchy-based conservatism uniquely predicted this phenomenon; Black participants' contact with, identification with, and attitudes toward White Americans did not predict a competence upshift with a White partner.

The media plays a huge role in maintaining stereotypes; it can also play a role in reversing them. Does upshifting competence predict Black and Latinx conservatives being portrayed as more competent than liberals? To find out, I analyzed 18,000 editorials written about politicians. The more Black and Latinx (but not White) hierarchy-based conservatives upshifted competence in Congress, the more journalists used competent language to describe them in editorials. This test was exploratory, but it provides initial evidence of a relationship between politicians' stereotype-relevant language and that of the journalists who write about them.

One take-away from this work is that upshifting competence may advantage Black and Latin conservatives. For example, let’s say a White person is interviewing two Black applicants. Who will they prefer? The one who upshifts competence, or the one who does not? Likely the one who upshifts competence, reversing stereotypes by presenting themselves as highly dominant, capable, and reputable. This person will be deemed a better “fit with the organizational culture”, more able to “connect with potential clients”. Black Americans who support the status quo may be favored over those who do not.

Some may think this effect resembles codeswitching—a linguistic phenomenon whereby people alter their speech to be better understood by others. Many Black people learn about codeswitching in childhood—when, for example, they hear their parent’s speaking style suddenly change on the phone with a White person. Some may even be advised to codeswitch in a mostly-White workplace. The competence upshift is not the same as codeswitching—which involves changes to syntax, morphology, and phonology, not just word choice—but it may be a form of codeswitching. There are likely contexts in which Black liberals also upshift competence or codeswitch. As academics always say, more research is needed.

Importantly, I am not saying that any form of language—stereotypical or counter-stereotypical—is superior. I am also not saying that Black and Latinx conservatives are any better or worse than liberals. Upshifting competence can quite literally save lives—such as when Black men are interacting with the police. There are many contexts in which (and reasons for which) stereotype reversal can be safer for racial minorities. It is my job to better understand those contexts and reasons, not to pass judgment. The competence upshift may also backfire—making Black or Latinx people come across as cold and distant. Ongoing work tests how people react to racial minorities who upshift competence; this will help us better understand whether this phenomenon helps or harms Black or Latinx conservatives.

As society, organizations, and political institutions diversify, it is time to move beyond the question of whether these spaces should diversify (of course!) and ask how they do so. Who is more likely to be accepted, and why? This invites deeper, more nuanced, (and yes, potentially uncomfortable) conversations about inequality, intersectionality, and politics. Ultimately, examining stereotype reversal can help us better understand who gets along and who gets ahead in an increasingly diverse world. 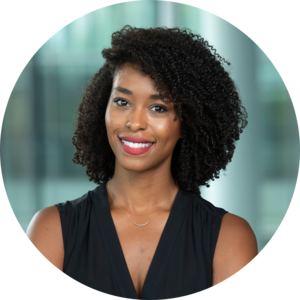