Ever wondered why you keep posting on Instagram? We tested the hypothesis that people post on social media in a way that maximizes "likes" - social rewards - using computational modeling of basic, cross-species reward learning mechanisms.

I am not a frequent user of Instagram, but the times I’ve posted caused a mixture of anticipation, satisfaction, and disappointment, all depending on the ”likes”, or lack thereof, my photos received. Having spent much of my career so far applying computational models of reinforcement learning to human social behavior, I became more and more convinced that likes function as a social reward that encourages future posting. More specifically, my feeling of disappointment when getting fewer likes than expected, or exhilaration when the likes kept streaming in, seemed very similar to a prediction error – the difference between the actual outcome and the outcome one expected  - which plays a key role in the psychology and neuroscience of learning. Of course, this idea is not new. The idea of likes as reinforcement that feeds social media addiction has become a mainstay in the public discourse. After all, more than four billion people spend several hours per day, on average, on platforms such as Instagram, Facebook, Twitter, and other more specialized forums. No wonder the idea of social media as a modern-day Skinner box has captured the public’s imagination. However, when I looked into the available research, I found that hardly any studies had tested whether social media engagement could actually be explained by basic mechanisms of reward learning.

After joining David Amodio’s lab as a post-doc in 2018, I convinced him that we should pursue this question by directly testing whether people’s behavior on social media conforms to the predictions of reward learning theory. Almost two years later, we provide our answer to this question in Nature Communications.

To address the question, we needed data. For our first study, we gained access to a dataset from Instagram, with time-stamps of posts and likes from more than two thousand users. In other words, the data resembled how lever presses and food rewards are recorded from non-human animals in Skinner Boxes, which traditionally are used to study reward learning. As such, the data seemed ideal to test whether social media engagement actually is driven by basic reward learning processes. To make sure that our results would generalize beyond Instagram, I reached out to Martin Bellander, a long-time friend from grad school, who, despite his day job as a clinical psychologist, maintains R scripting as a hobby. Martin, along with Allen Chang, collected public data from two thousand additional users from three discussion forums (focused on men’s fashion, women’s fashion, and gardening) for Study 2.

In order to derive theoretical predictions about what would characterize reward learning on social media, we turned to a computational model developed by neuroscientist Yael Niv to explain rodent “free-operant” behavior in Skinner Boxes. Free-operant means that the animal can decide not just what to do (typically pressing a lever), but also how often (typically thousands of times) to do it, which seemed to correspond directly to how Instagram users post whenever and as often as they please. In brief, Niv’s model states that the rodent should select the response rate that maximizes their average rate of food rewards while minimizing the effort of acting and the rewards potentially missed out on by inaction. We applied a modified version of this reward learning model to the data from Instagram to directly test the prediction that social media engagement is driven by the same principles as animal reward learning. This prediction was strongly supported. Qualitatively, our results showed that people spaced their posts in a way that maximizes the net rate of reward: they posted more frequently in response to a high rate of likes, and less frequently when they receive fewer likes. Quantitively, the reward learning model accounted for the precise distribution of posting times better than many alternative models. Critically, this was the case both for our study of Instagram and the three social media discussion forums analyzed in Study 2

Because it is difficult to determine causality with observational data, we, together with PhD student David Schultner, decided to run an online experiment that mimicked key features of social media. Participants could post funny images with phrases (“memes”), and receive likes as feedback, on an Instagram-like platform as many times as they wanted during 25 minutes. Critically, we manipulated the average amount of likes the participants received and found that people posted more often when they received more likes. In other words, the experiment verified the causal influence of social rewards on how often people post, supporting our conclusion that social reward rates shape real social media behavior.

Together, our results establish that social media engagement follows basic, cross-species principles of reward learning. In extension, these findings may help us understand why social media comes to dominate daily life for many people and provide clues, borrowed from research on reward learning, to how maladaptive online engagement may be addressed. 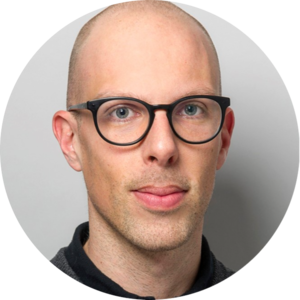