I am a scientific editor – I help researchers develop and publish their best work.

Every day I read drafts full of clutter, complex sentences, and generalities. My authors seem to accept that poor readability is part of the modern academic style.

I disagree, and I challenge this belief with every article I edit. Writers can tell complex research stories using simple language. But clear writing does not come naturally. It requires hard work, many rounds of rewriting, and awareness of the most common readability issues.

Several times a week I dive into preprint lists in search of promising new work. I scroll through pages of titles, and eventually click a few that I find interesting. Many titles are so vague they don’t tell me what the paper is about; I tend to skip them. Readers, journalists, and search engines will overlook them too.

“Can a computer think like a baby?” is eye-catching, but it holds no information about the topic or conclusion of the paper. I already know that computers don’t think like babies. Without any extra information, I would not be able to tell what the key result of the paper is. I would not even know which discipline the article belongs to.

“Quantifying research waste in ecology” is just as bad. The title tells me the general research topic and it's goal, but it says nothing about the findings.

A good title is concise and yet informative. It tells the topic and the most important conclusion. “Ecologists waste 75% of their research time” is much better. "Modest interventions complement each other in reducing misinformation" is longer, but still good.

Human mind likes stories, and stories are about people doing things. A research paper tells a story too.

What the writer intends to say is that their research team collected data. The active construction is simpler and more clear.

Authors overload their sentences with too many interconnected clauses. The reader loses track and has to do extra work to keep up. I often encounter sentences so complex I can cut them into three or four and they will be much clearer.

Here is one example.

The production of knowledge is overwhelmingly skewed towards wealthy countries such as the United States and those in Western Europe and East Asia (to name a few) that house the best universities with productive research laboratories, Nobel prize winners and journal editors, so identifying under-cited countries that often can be at a disadvantage compared to widely cited regions both promotes the inclusion of often-excluded voices and helps foster the scientific enterprises of these countries.”

The authors packed three different ideas into a single sentence. Instead, they can start by saying that wealthy countries produce more knowledge than less wealthy ones. Then take the reader to the next simple idea.

Simple sentences do not sound less professional, they sound better. Science stories are complex, but you can still tell them in simple sentences.

People’s minds deal in specifics. Generalities leave the reader wondering what exactly the author is talking about, and this is mentally taxing.

What does the author mean when they say “adverse health effects?” This will depend on the context, and the reader’s mind will be busy trying to figure it out. The reader may think that the writer doesn't know the specifics, and this will make your prose sound weak.

A sign warning you of adverse health effects would not be persuasive. Instead, it refers specifically to serious injury and death. So use definite, concrete language, and report the details that matter.

The authors often write that they “present a groundbreaking model,” or they claim that their “unprecedented results overturn the paradigm.” Self laudatory language is very common in cover letters, abstracts, and university press releases. Authors hope that this will persuade their editor, reader, and the general public.

But the result is often the opposite: the reader loses trust in your writing. When every article claims to be “groundbreaking,” none of them is. Overstatements like these are also generalities. Instead of stating that your work is novel and groundbreaking, show it. Give the reader all the information they need to understand the advance that your results provide. And trust that the reader will appreciate the importance.

Clutter in science writing is all the words and phrases that sound smart, but serve no purpose.

Phrases that carry the meaning of a single word are one type of clutter. So write "we cannot" instead of “we lack the ability,” "because” and not “due to the fact that,” and “small” instead of “small in size.” Use short words: “use” not “leverage,” “show" and not “demonstrate.”

Most adverbs and adjectives are unnecessary, as their meaning is already part of their verb or noun (“a major breakthrough”). Remove all sentences and paragraphs that repeat what you have already said. Avoid imprecise expletives such as “there is” or “it has been shown.” Stop prefacing your thoughts with “it should be noted that.” If something should be noted, just say it. And trust that the reader will recognize the importance of your findings.

Finally, challenge yourself to cut the length of your first draft in half. You will be surprised by how much clutter you'll find. 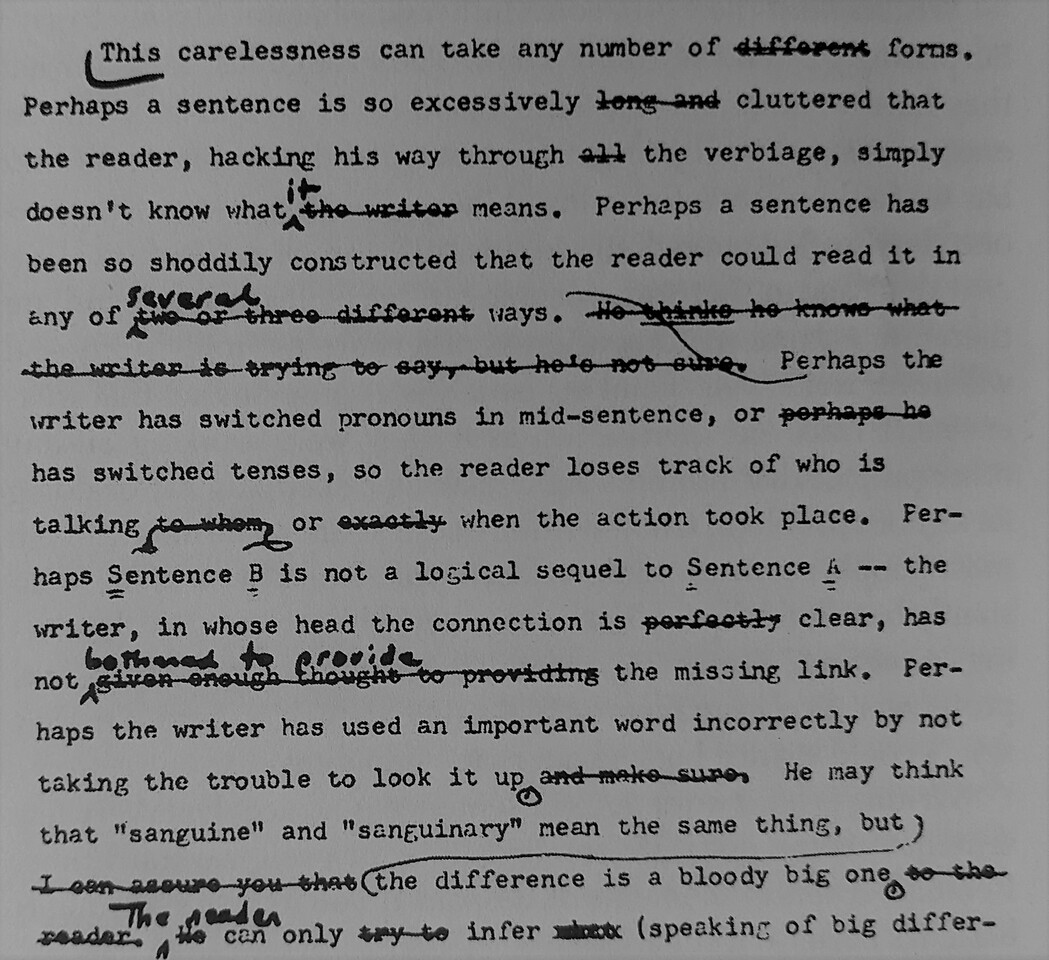 Most authors accept poor readability as part of modern academic style. I disagree.