Based on quantitative traits of the brain and body, we have developed a measure of sex as a continuum. In an adolescent cohort, we identified that the degree of "femaleness" or "maleness", within each sex, is associated with sex hormones and psychological traits.

When I began my undergraduate degree in behavioural neuroscience, I started volunteering for Concordia University's Centre for the Arts in Human Development. There, I assisted adults with disabilities including Down syndrome, cerebral palsy, and autism, enhancing my appreciation of the vast inter-individual differences in human experience. During my PhD studies in neuroscience at McGill University, I contributed an article to the McGill Daily, examining a play produced by the Centre. The play centred on sexual and romantic relationships among adults with disabilities. By addressing this taboo subject, the play challenged the harmful stereotype of these individuals as "childlike", affirming their adulthood and sexuality. This is when I became interested in understanding individual variability that, clearly, contradicts "average-based" stereotypes. While researchers tend to emphasize average group differences, the commonly used statistical tests rely on both averages and variabilities; the latter merits greater attention.

Thus, I was excited to join – as a postdoctoral fellow – the Paus lab, which focusses on population neuroscience, combining neuroscience, genetics, and epidemiology to understand individual differences among humans using large samples. One of Dr. Paus' articles that drew my attention summarized sex differences across the brain and body. These differences likely arise through sex-specific actions of multiple genes located both within and outside the X and Y chromosomes, as well as through the cumulative socio-cultural pressures of “gender norms”, which contribute to our perceptions of “femininity” and “masculinity” with regards to careers, educational aspirations, or fashion.

While – on average – there are many sex differences across traits, such as height, the distributions of males and females for these traits overlap considerably. Besides the reproductive organs, sexually dimorphic traits vary along a continuum. Dr. Paus and I thus developed an approach in our Nature Human Behaviour paper to investigate inter-individual effects of sex, generating a "sex score" that varies in a gradual manner from extreme "maleness" to extreme "femaleness." We did this for each individual by summing up their values on 48 quantitative traits across the brain and body, with greater scores indicating greater "femaleness." For each individual, we weighted these scores by the known (average) sex difference for a given trait. This may be thought of as a "polyphenotypic" score, aggregating sex effects across multiple phenotypes, analogous to a "polygenic" score which aggregates genetic effects across multiple genetic variants.

The distributions of these sex scores both differed and overlapped between the two sexes (Figure 1). Within each sex, sex scores were associated with sex hormones and psychological traits. For example, sex scores (i.e., higher "femaleness") were associated with higher "internalizing" (i.e., inward problems) and lower "externalizing" (i.e., outward problems) in both female and male adolescents. That is – regardless of their biological sex – adolescents with high "femaleness" were more likely to report internalizing problems. We saw the opposite pattern for externalizing problems (i.e., high "maleness" was associated with greater externalizing problems in both male and female adolescents). Internalizing psychiatric disorders (e.g., depression) are more common among females whereas externalizing psychiatric disorders (e.g., attention deficit hyperactivity disorder) are more common among males. Thus, in our study, we have uncovered that a sex continuum relates to individual variability in psychological features independently of biological sex, which may have implications for approaching prevention and treatment of certain psychiatric disorders.

This work was done in 1,029 adolescent participants recruited and assessed by our group between 2003 and 2012. When designing the assessment protocol for this cohort, the team opted for a quantitative measurement of multiple traits across a number of domains relevant for brain and cardio-metabolic health. The testing sessions included magnetic resonance imaging (MRI) of the brain and body, as well as assessment of multiple cardiovascular, metabolic, behavioural, dietary, and morphometric parameters. Over nearly two decades, findings from this cohort have contributed to answering a wide range of questions related to different fields, including neurodevelopment and cardiometabolic health. Now, we hope to encourage the scientific community to consider continuous sex, in addition to binary sex, in their investigations.

The painting in the header was created by Veronika Pausova. 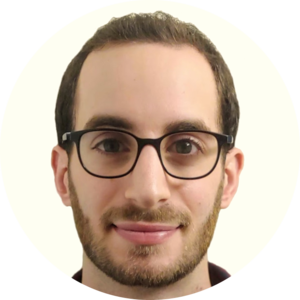