Financial scandals or just normal human behaviour? Most people are willing to steal half the earnings of a large group if their personal gain exceeds $100, even though the very same people are generous towards single individuals.
Carlos Alos-Ferrer
NOMIS Professor for Decision Theory and Neuroeconomic Theory, University of Zurich
Follow
Like Be the first to like this
0

Generous with individuals and selfish to the masses - Nature Human Behaviour

Alós-Ferrer et al. introduce the Big Robber game to study selfish and generous behaviour within the same person. Most people were willing to steal half the earnings of a large group if their personal gain exceeded €100, but the same people were generous towards individuals.

In the recent years, the general public has been steadily losing confidence in financial institutions, economic authorities, and very particularly in corporate managers. We have all seen the demonstrators' banners at high-level economic summits. And who can blame them? A long chain of corporate scandals going back to the 1990s continues today, and many people around the world grudgingly hold a view that key economic actors will do anything for profits, including harming large groups of fellow human beings.

And yet, modern behavioural economics and psychology tell a completely different story. For decades now, laboratory data has been piling up, showing that people willingly share monetary gains with others, dislike inequality, and are very often generous. For example, in the celebrated Dictator Game, people voluntarily share a monetary amount with another experimental participant, even though the latter is powerless to retaliate if he or she receives nothing. More recent evidence shows that, around the world, dishonesty levels as measured by certain laboratory tasks are surprisingly low. The message is that people are prosocial and, if given opportunity, cheat just a little.

This puzzled us. How can both observations be simultaneously true? Are high-level economic actors simply different? After all, they self-select into certain professions, and those professions require training in economics and finance, so there might be both a self-selection effect and an indoctrination effect. Or is that just something we want to believe, to exonerate ourselves?

Suppose you are part of a group, and everybody has been engaging in some remunerated activity. Each of you has earned some money. All interactions are anonymous, and your identity will never be revealed. Now, suppose you are given the opportunity to steal half the earnings of 16 other people, which will be more or less 100 Euros (or Pounds, or Dollars). You can also steal less, say one third or just one tenth. Or nothing at all. What do you do? No, really, what do you do?

This is the Big Robber Game, which is the focus of our article in Nature Human Behavior. We ran it in a large laboratory experiment  (N=640) with a standard student sample, as those used in behavioural economics. People engaged in standard bilateral games (including the Dictator Game and others) commonly used to show that human beings are essentially generous with other individuals. But half of the participants, the robbers, had to make the decision of whether they would steal half the earnings of the other participants (16 of them per robber) if given opportunity.

And they did. Ruthlessly and overwhelmingly. More than half of all participants who were offered the chance to steal from a large group of others went to the extreme and took as much as was possible (half of the earnings of all others). Over 80% or robbers took one third or more, and almost nobody declined to rob. Some participants even told us they would have liked to take more than 50% (which we did not allow). Even though we expected it, we were still shocked: Our participants, who are not corporate managers or high-level economic agents at all, revealed a willingness to inflict significant monetary harm to a large group of others for the chance to walk out with, effectively, 100 bucks.

However, the very same participants simultaneously displayed standard, predominantly prosocial behaviour in the bilateral games. When asked how they wanted to split 10 Euro with another participant, they voluntarily transferred some money, even when the other person was powerless to retaliate if no money came. In other games, they trusted others and returned their trust. Generally, they revealed that they disliked inequality. Thus, the very same people displayed selfishness in the large (high-impact decisions affecting a large group) and generosity in the small (bilateral, low-stakes interactions). The roots of corporate scandals are in all of us.

So, how is this possible? Is behavioural economics wrong? Not at all. Human social behaviour arises from a tradeoff between personal gain and other-regarding concerns. For example, people do dislike inequality. But they still like money! Suppose, for the sake of the argument, that inequality aversion refers to the difference between oneself and the average of the others. Then, a given, fixed increase in personal income results in a large interpersonal difference if only two people are involved, because the entire additional income comes from the other person. For example, the decision to appropriate an entire endowment of 10 units in the Dictator Game and leave a single other person with nothing creates a distribution of 100% vs. 0%, hence a difference of 100 percentage points. The same increase in personal income, or even a much larger one, involves a smaller percentage difference if the income is obtained by appropriating resources from a large group of people. For example, if a Big Robber appropriates half the earnings of 16 victims when each participant is endowed with 10 units, this results in an own share of 90/170 or around 53% compared to 5/170 or around 3% for the average victim, and hence a difference of only 50 percentage points. Stealing from a group in this example, however, results in a large personal gain of 80 units, and hence it is much more likely to offset the disutility from inequality aversion than the gain resulting from selfishness in the Dictator Game.

Our results show that people exhibit a large degree of prosocial behaviour while at the same time behaving in ways generally considered "scandalous" when tempted by a high reward obtained by harming a large group. There is no need for arguments about high-level economic actors being different. Rather, this behavioral pattern arose spontaneously within a large standard student population, with no significant differences due to gender or field of studies. In economically relevant situations, many human decision makers might be willing to inflict significant harm on a relatively large number of people for personal gain, as long as that gain is of sufficient magnitude. Even more strikingly, in our Western societies, 100 bucks might already do the job. 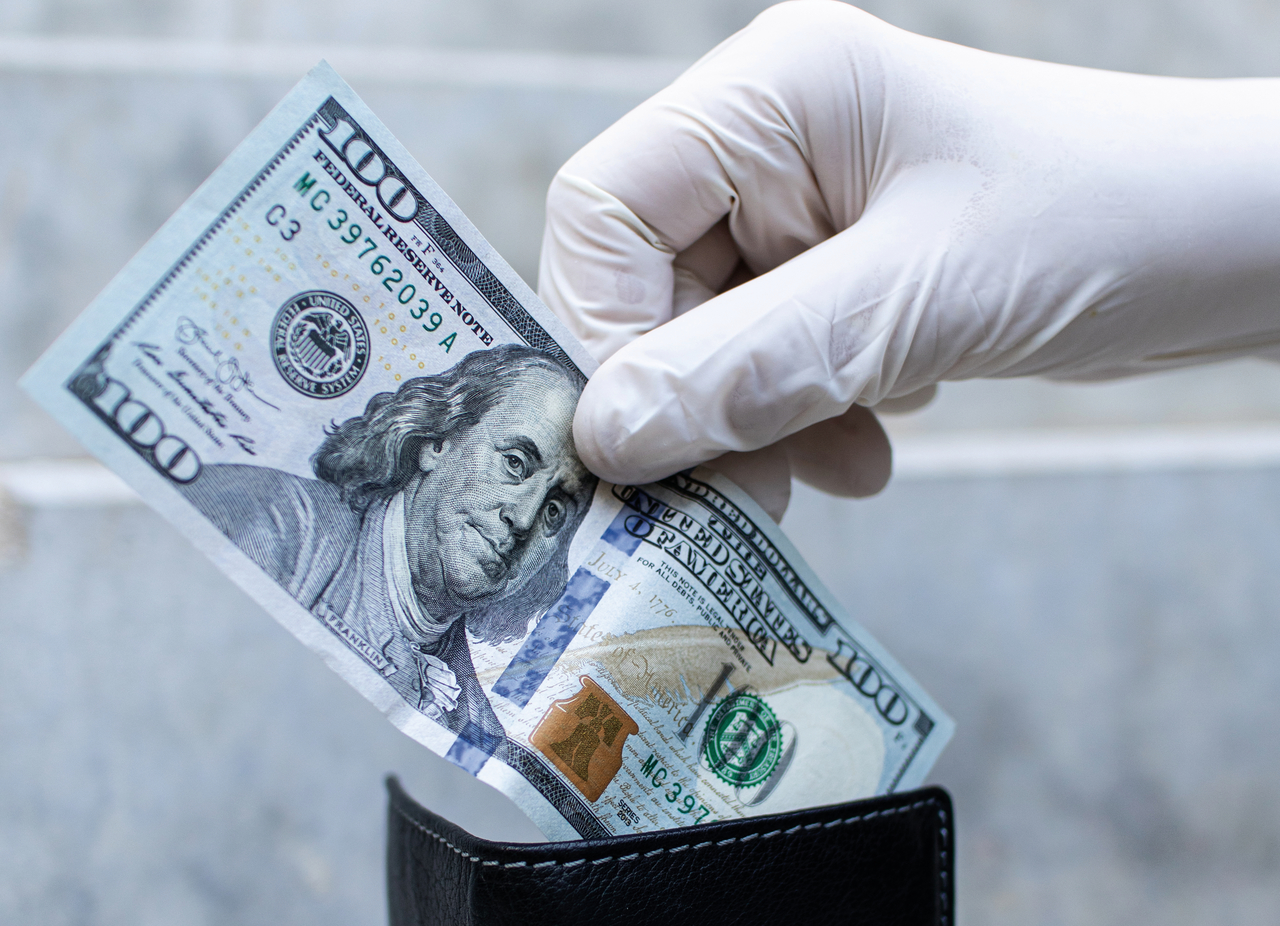 Financial scandals or just normal human behaviour? Most people are willing to steal half the earnings of a large group if their personal gain exceeds $100, even though the very same people are generous towards single individuals.