Since the 1980s, the workforce in New York, London and Tokyo has been professionalizing with an increasing share of high income earners. While measures of segregation have stabilized, spatial inequality has increased due to gentrification of inner-city neighborhoods and suburbanization of poverty.

Some years ago, Masaya Uesugi, a researcher from Japan, was visiting me at Delft University of Technology on a Japanese scholarship linked to my European Research Council (ERC) grant. He was doing research on residential segregation in Tokyo and wanted to learn more on segregation in Europe from me an Heleen Janssen. While Masaya was in Delft, Tiit Tammaru from Estonia and David Manley from the UK also happened to be there and we started talking about doing some joint research. David Manley had already done work studying segregation in London and we developed the idea to do some comparative work on Tokyo and London. At that point Tiit Tammaru remembered the influential book 'The Global City' by Saskia Sassen from the late 1980s. This book interrogated changes in the occupational structures of New York, London and Tokyo, and concluded that there is a trend of polarization in these structures with a growth of high income and low income occupations at the expense of the middle income groups. There is a large literature which contests this idea of polarization and argues that in fact the workforce of global cities is professionalizing instead of polarizing. But there is little recent work on this topic.

In her book, Sassen asks the question “how the greater income polarization in the leading industries … is constructed socially; that is to say, is it merely a change in the income distribution, or are there new social forms associated with an increase of high-income and of low-income workers? What is the social geography emerging from this transformation?”. We decided to focus our study on the last part of this question and to investigate the changes in residential segregation between income-based occupational groups in global cities. This was easier said than done as we wanted to go back to the 1980s, and we had to find geo-referenced data which allowed us to study both segregation and occupational structure change from the 1980s up to now, for the US, UK and Japan. Luckily census data in these three countries suited our needs, and with some work on the underlying geography we managed to do our comparative work. We wrote up our results and we submitted our paper to Nature Human Behavior.

The first reviewer reports were very supportive, but the reviewers had one major request. In our paper we studied occupational structure change and segregation by categorizing occupations in three groups (basically high, middle and low income occupations). But there reviewers quite rightly asked if they could see evidence that the ranking of occupations by income had not changed over time. So with other words, if, for example, the relative incomes of people doing secretarial work or salespeople in shops had not changed over time. Fulfilling this request required us to find survey data which allowed us to study the relationship between income and occupations for each city and for each census period from the 1980's until now. This proved to be rather time consuming and complicated as such data is hard to find. In the end it took us a year to complete the new analyses and to revise and resubmit the paper.

Luckily, the improved analyses did not cause major changes in our results. Using data on income and occupations we showed that there is an increase in the share of high-income occupations, accompanied by a fall in low-income occupations in all three cities. This provides some strong evidence for a consistent trend of professionalization
of the workforce. We found that segregation was highest in New York and lowest in Tokyo. In New York and London, individuals in high-income occupations are concentrating in the city center, while low-income occupations are pushed to urban peripheries. The professionalization of the workforce is accompanied by reduced or stabilizing levels of segregation by income, and two ongoing mega trends in urban change: gentrification of inner-city neighborhoods and suburbanization of poverty, with larger changes in the social geography than in levels of segregation.

So interestingly, while levels of segregation as measured by the Index of Dissimilarity, has not changed much between 1980 and 2010, the social geography of the cities has changed quite a lot, especially in New York and London. Higher incomes are concentrating in the center, while poverty is moving to the edges of these cities. This is a very important finding because it shows that with increasing professionalization of the workforce, these cities are becoming more spatially unequal. And this creates unequal opportunities to do well in life for residents in these cities. Our data shows some hints that in the most recent period the workforce of New York and Tokyo is polarizing, which is accompanied by slightly higher levels of segregation. But more recent data is needed to confirm whether this is really the case. 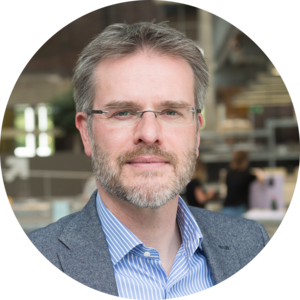