The International Monetary Fund (IMF) expects the global economy to contract by 5% this year alone, making it the largest downturn since the Great Depression in the 1930s. However, even before the current crisis the global economy was showing signs of slowing down. Rates of economic growth across the OECD have been in decline since the 1970s,.

In a recent study, published in Nature Scientific Reports, we’ve been exploring an even longer story about the ups and downs of economic growth and recession. Critical Slowing Down (CSD) theory is most commonly used to understand the oscillations (waves) in physical systems. In our study, we used the same techniques to analyse long-term trends in the gross domestic product (GDP) in datasets from as far back as the 1820s.

Figure 1: An illustration of the theory of critical slowing down over time

This is the backdrop against which the Covid-19 pandemic is playing out. The impact of a large deep shock to the economic system will be profound. The word ‘critical’ in CSD theory suggests that at a certain point the system will become unstable. When a constrained, dynamic system is close to breaking point, its ability to recover decreases. Fluctuations around the system equilibrium become deeper and more pronounced because its internal stabilisation forces have weakened.

There is no easy way back to equilibrium growth because the restoring forces in the economy were already weakened, for reasons that we don’t entirely understand. Shifts in economic structure, unstable financial markets, unsustainable debt: all these things have been suggested as possible reasons for the ‘secular stagnation’ of advanced economies. The one-off burst of high labour productivity growth experienced last century may only have been possible at all because of the unsustainable use of fossil fuels. 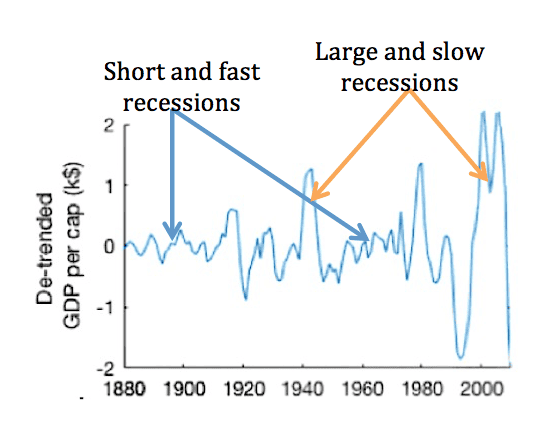 Placing the economy on hold to prevent unfathomable human tragedy from the Covid-19 pandemic was the right decision. However, our analysis suggests that a short sharp return to high economic growth is very unlikely. A post-growth world is now even more likely to be the ‘new normal’. At least for the advanced economies.

On the other hand, there is a curious corollary to this lesson from physics. A system with weak restoring forces is more easily guided into a new equilibrium. With appropriate policy, we have a unique opportunity to refashion and reshape the economic models that have been failing us for decades. The challenge is enormous. But so is the prize. Our analysis suggests that we are better placed than ever to make the transition to a resilient, sustainable economic system which protects the health of people and planet. 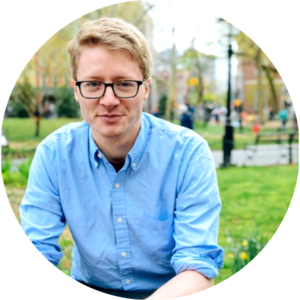 Researcher, Centre for the Understanding of Sustainable Prosperity, University of Surrey