Our author team decided that I should write this post, because I could do so by subtracting (i.e., editing). You see, as we all were working on the research, I wrote a book. While the book covers more than our Nature paper, the first chapter describes what took place “behind the paper.”

Here’s an edited description of how our idea and team came to be.

An epiphany in my thinking about less came when my son, Ezra, and I were building a bridge out of Legos. Because the support towers were different heights, we couldn’t span them, so I reached behind me to grab a block to add to the shorter tower. As I turned back toward the soon-to-be bridge, three-year-old Ezra was removing a block from the taller tower. My impulse had been to add to the short support, and in that moment, I realized it was wrong: taking away from the tall support was a faster and more efficient way to create a level bridge.

Ezra’s encounter with Legos took my applied thinking about design—I’m an engineer by training—to a more basic level. Here, right in my living room, was a relatively simple situation that could be changed by adding to it and by taking away from it. And when Ezra’s choice caught me by surprise, it made me realize that, whereas less is an end state, subtracting is the act of getting there.

Not only did Ezra’s bridge shift my focus from less to subtraction, it gave me a convincing way to share and test my epiphany. So I began carrying around a replica of Ezra’s bridge.

I tried it out on unsuspecting students who came to meet with me, checking whether they would subtract, like Ezra, or add, like I had. All the students added.

I also brought the Lego bridge to meetings with professors and one of them was Gabrielle Adams, who had appointments in public policy and psychology. Gabe and I were recruited to the University of Virginia at the same time. I had taken the job for the chance to work with scholars who studied human behavior in contexts outside design and Gabe fit the bill.

Impressed with her track record—and having commiserated over redundant new employee orientations and nocturnal babies—I had been pitching Gabe ways we might work together ever since.

I had tried linking my interest in less to Gabe’s research: “removing the office jerk can improve workplace politics.” I had tried linking less to Gabe’s care for the environment: “designs with fewer materials can allow human progress without plundering natural resources.” I had even tried linking less to popular trends: “Tim Ferriss says that we should have skipped those new employee orientations.” Gabe always heard me out, but she didn’t discern an idea that was a worthy use of our time.

Thankfully, Ezra (who has proven just as unlikely to subtract as grown-ups) had given me a hands-on demonstration for my next meeting with Gabe. I pulled the Lego blocks out of my book bag, set them on Gabe’s desk, and asked her to make the bridge.

Because of her intellect and because of our prior conversations about less, I suspected Gabe might see right through the bridge challenge. But she was like the others, and like me. She added a block to the shorter column to make the bridge.

Excitedly, I told Gabe how Ezra had removed a block—and that’s when it clicked for her.

She said, “Oh. So, you’re wondering whether we neglect subtraction as a way to change things?”

That sounded right to me.

Once Gabe figured out the question I was asking, she was on board, and she convinced Ben Converse, another psychology and public policy professor, to join us. Knowing we’d eventually need to study why people underuse subtraction, Gabe wanted Ben’s expertise in the basic thought processes of human judgment and decision-making.

Many eager parents, and I suspect all married psychology professors, do the “marshmallow test” of delayed gratification on their preschool-aged kids. Ben not only ran the marshmallow test on his child, he also had his partner blindly replicate it, to be sure. That’s the kind of researcher you want on your team; just be prepared to do a lot of studies.

When Gabe and I added Ben to our team, we also picked up a postdoctoral student who was working with him at the time. Andy Hales is now a professor at the University of Mississippi, who, when he is not working on subtraction, studies ostracism and best practices for replicability. Andy is laid-back, except when it comes to devising, conducting, and picking apart his research. For that, he turns into a super-caffeinated version of Ben. More good fortune for this research...

From Subtract by Leidy Klotz. Copyright (c) 2021 by the author and reprinted by permission of Flatiron Books.

This is such a great backstory, thanks for sharing! 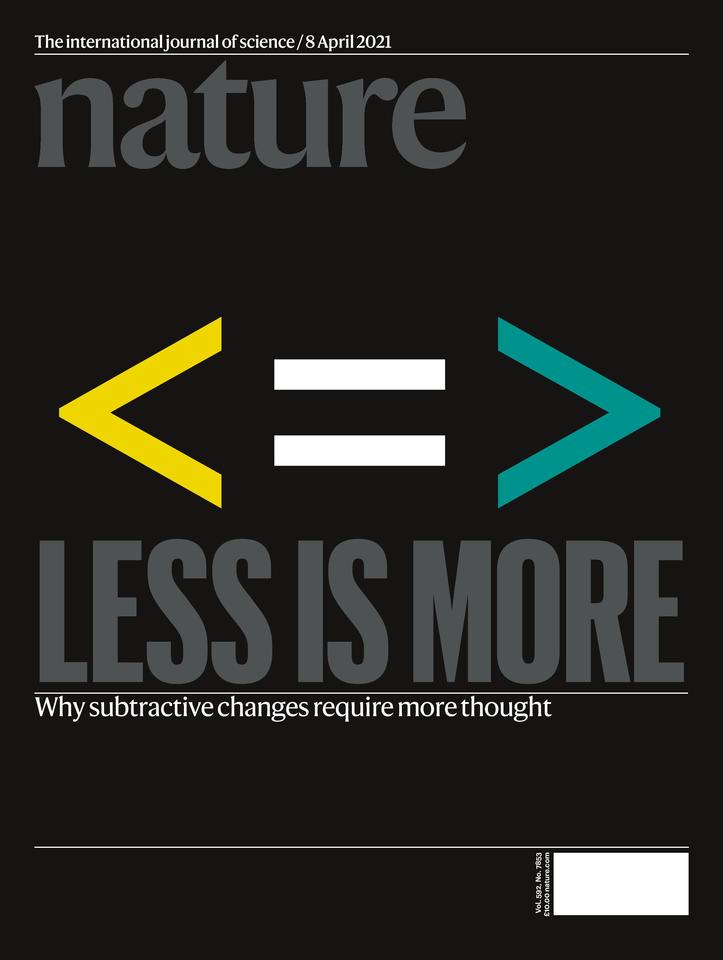