In 2016, the European Union co-funded the project PROTON “Modelling the Process leading to Organised crime and TerrOrist Networks"  (https://www.projectproton.eu). PROTON aims to improve our knowledge of the recruitment processes of organised crime and terrorist networks through an innovative integration of the social and computational sciences. As part of this ambitious project, we studied the cognitive profiles of organised crime members.

It was not easy to move our laboratory into high-security prisons and to test individuals such as members of the Mafia who are subject to very restrictive regimes. Thanks to our collaboration with the Italian Ministry of Justice, we were able to enter these prisons and adapt the laboratory setup in a flexible yet rigorous manner.

We aimed to discover what distinguishes members of organised crime from ordinary criminals. Our main focus was on complex behaviours such as decision making. The experimental design was complex and based on a trade-off between the accuracy of the tests and materials and their ability to be adapted for use in the prison environment. We spent several months in high-security Italian prisons studying both organised and non-organised crime members, obtaining the full cooperation of all the research participants.

The cognitive profiling of organised crime members is necessary to develop and implement educational and social intervention programmes that may be particularly effective in "at-risk areas" in which the Mafia and other organised crime networks are rooted. Promoting more controlled decision-making skills in young adults may reduce the likelihood of their recruitment into local organised crime groups. 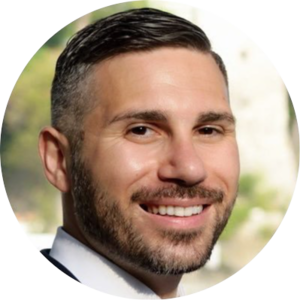