“Where did you get the idea to study morbid curiosity?”, I am often asked. Well, during my PhD project I realized that much of the things that scientists use in experiments to evoke negative emotions, are the same things that people deliberately seek out in the real world! In my lab, I studied emotions by showing people images of accidents, wounds, and fights. But such images did not only evoke negative emotions, participants also found these images fascinating. Indeed, in day-to-day life people stop to look at accidents, read about murder, and watch videos of fights. It seemed like the emotion literature was missing something. Since then, I have studied the phenomenon of morbid curiosity: a curiosity for death, violence, or harm.

One question that is central to understanding morbid curiosity, is whether curiosity for negative content has similar underlying mechanisms as regular curiosity. Together with my colleagues, I investigated this question with a neuroimaging approach. Our study built upon previous work that demonstrated that curiosity and reward are supported by a highly similar constellation of brain regions. In the paper we published in Scientific Reports, we tested the hypothesis that these same regions would also be involved when people deliberately exposed themselves to negative images.

As many studies do, this project started with long brainstorm sessions and spontaneous discussions in the hallway of our building. The first step was to specify the task. How do you study morbid curiosity in the MRI scanner? A straightforward indicator of morbid curiosity is what people DO when they have the option to engage with content displaying death, violence, or harm. Thus, we offered people choices. Participants saw a cue (e.g., “a soldier kicks a civilian against his head”), and chose whether they wanted to view the corresponding image, or not.

The second important step was to pre-register our hypotheses and data analysis plan. Because there are many different ways in which you can analyze a neuroimaging dataset, it is a good idea to specify what you will do with the data prior to the analysis phase. This reduces the chance that your finding is a false positive. After careful consideration we time-locked our analysis plan, and were ready to analyze the data in exactly that way.

As hypothesized, we found activation in brain regions associated with value computation, extrinsic reward (e.g., money), and regular curiosity when participants processed the cue and chose “yes”. Note that this does not (necessarily) mean that participants thought that they would enjoy viewing the negative images. Instead, we interpret this finding as an indication that negative content has high “informational value”. In other words, it may be valuable (or rewarding) to acquire knowledge about the world, even when the source of that knowledge is negative.

So what is next? Although our study hints at a possible answer to the question WHY people are keen to explore negative content, much more research is needed. In our ongoing work we move beyond the assumption that morbid curiosity is an irrational urge, and investigate the possible merits of morbid curiosity. 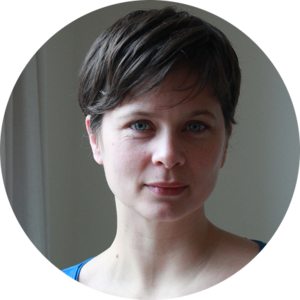