+1
Carlos Gomez Gonzalez and 1 other See all
Postdoc, University of Zurich
Follow 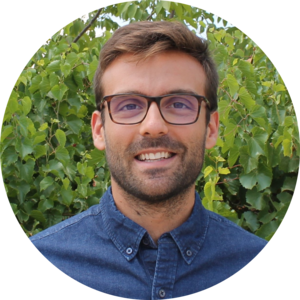 Finding a job, renting an apartment, and using the sharing economy are examples of activities where minority groups face a disadvantage. Through field experiments and mock applications, many studies find that individuals with foreign-sounding names receive fewer invitations for job interviews, apartment visits, and even dates, like if finding the one is not already difficult enough... Our project focuses on amateur football clubs.

In amateur football, people play for fun (I am a huge fan of Sunday football highlight videos, you should check them out!), the rules are universal and equally apply to everyone regardless of ethnicity, race, gender, sexual orientation, or religion. Additionally, amateur football is not driven by economic interests. This is why the European Union (EU) and the Union of European Football Associations (UEFA) officially recognize the potential of sport in integration and implement programs to include people who come from disadvantaged backgrounds. Amateur football is supposedly an integration tool readily accessible for everyone, but the evidence from our experiment proves otherwise.

We performed the field experiment in 22 European countries. Amateur football operates similarly in most European countries, where self-organized clubs compete in matches organized by regional federations and lack a regulated process of player admission. The task of inviting a new player normally falls to coaches, players, and other staff members, and reaching these clubs via email is a very common way of finding an opportunity to join the group.

We hope this project lays the groundwork for other field experiments in sports and social activities. Future research can modify the design of the experiment and the text of the email to capture the effect of individual and coordinated actions (e.g., policies from governing bodies) and isolate the influence of other attributes such as language proficiency, religion, or nationality hierarchy.