A community from Nature Research
Contributor Springer Nature
Behind the Paper

Myanmar is a country in Southeast Asia with a rapidly growing older population. In our mixed-methods study, we found that 32% of older adults in Myanmar felt lonely. This article sheds light on predictors of loneliness in Myanmar and provides suggestions for future research and policies.
Samia Akhter-Khan
PhD candidate, King's College London
Follow
Like Liked by Evelina Satkevic
0

Objectives Little is known about loneliness in lower- and middle-income countries. This study investigates loneliness in the older population of Myanmar using a mixed-methods approach. Methods To identify predictors of loneliness, hierarchical regression models were used to analyze data from the Mya…

“When there is a festival, I feel that I am alone and don’t have anyone. When I see other family members, I really want to be part of that.” This feeling described by an older participant from Myeik clearly illustrates the core mechanism of loneliness, a subjective experience resulting from the discrepancy between expected and actual social relationships. That is, a person can feel lonely even when they are surrounded by other people. Using this definition of loneliness, opposed to a more objective state of social isolation, may explain why the prevalence of loneliness is so high in Myanmar despite the low numbers of living alone, with approximately one third of older adults feeling lonely from time to time.

In 2018, I moved to Myanmar for one year and started to conduct research on loneliness for my master's thesis, using data from the Myanmar Aging Survey with over 4,000 older participants. At the time, there had yet not been any publications on loneliness in Myanmar. Together with Dr. Khin Myo Wai and Dr. Johanna Drewelies, we analyzed the cross-sectional survey data looking at predictors of loneliness and conducted qualitative interviews with older adults in southern Myanmar (in Myeik and Ye).

The results of our study were intriguing. At first, it was surprising to find such a high prevalence (32%) of loneliness in Myanmar, a country that can be characterized as socially embedded or close-knit. Few people live alone and relationships with neighbors are usually much closer, compared to higher-income countries.  A closer look at the data, both the quantitative and qualitative data, however, revealed that poverty, separation or loss of family members as well as impaired health were strong risk factors for loneliness. Interviewees listed reasons for feeling lonely that were related to their financial situation, such as food security, not being able to buy medicine, not being able to contribute to community activities, and undermined social status as a result of poverty. With Myanmar being one of the poorest countries in Southeast Asia, with a health care system that is mainly based on out-of-pocket payments, it became clear that social determinants of mental health (such as poverty) played a key role in the experience of loneliness.

Another interesting finding was the relationship between religious belief, practices, and activities with loneliness. Whereas the interviews showed that being religious motivated older people to participate in community activities and be socially integrated, others felt lonely because they could only engage in religious practices at home (e.g., praying and meditating) due to underlying health constraints, which makes sense of the interaction that showed that religious activity at home predicted higher loneliness for people unable to attend social activities (see Figure below). Nevertheless, religious activities, such as praying and meditating were one of the main strategies used to cope with loneliness in Myanmar.

Additionally, although chronological age was not associated with loneliness in the regression analysis, several older people from the interviews experienced loneliness along with a sense of feeling neglected, not appreciated, not cared about, or even left alone due to their advanced age. With increasing ageism, i.e., negative stereotypes about aging, and a potential decrease in respect towards older adults, Myanmar's older population may be at particular risk of feeling lonely.

As loneliness is closely linked to adverse health outcomes, including dementia and mortality, it is important to target the risk factors, or social determinants, of loneliness in Myanmar, and globally. Efforts to support older people at risk for loneliness are urgently needed – particularly older women who are poor, bereaved, or separated from family members due to conflict or urban migration – to ultimately promote healthy aging. 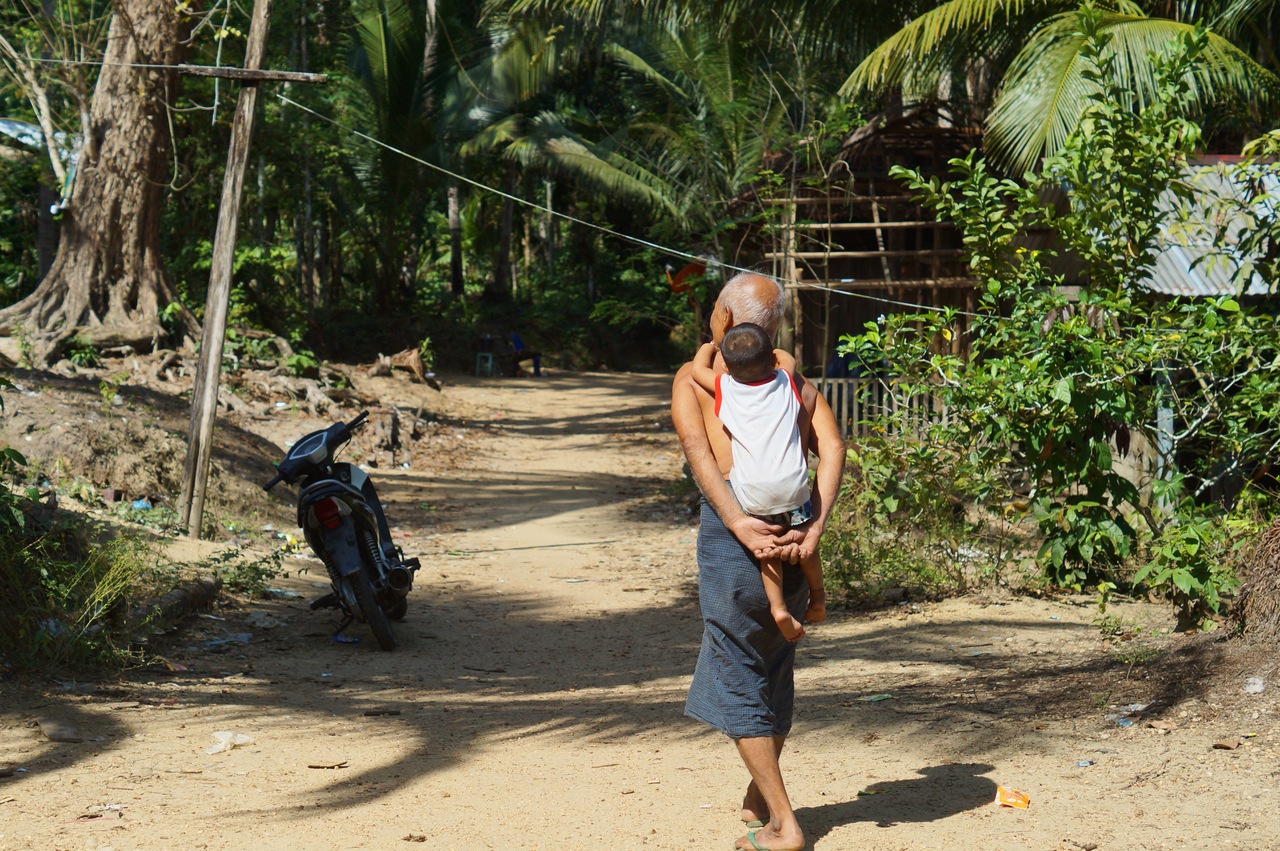 Myanmar is a country in Southeast Asia with a rapidly growing older population. In our mixed-methods study, we found that 32% of older adults in Myanmar felt lonely. This article sheds light on predictors of loneliness in Myanmar and provides suggestions for future research and policies.