Combining data from more than 100.000 participants and 26 countries we find a U-shaped relation between political orientation (both self-reported and inferred from party preferences) and conspiracy mentality, a generalized mindset to see the world as governed by secret plots.
Roland Imhoff and Biljana Gjoneska
2 contributors
Like Liked by Evelina Satkevic and 1 other
0

Across 26 countries, Imhoff et al. find that conspiracy mentality is more prevalent at both ends of the political spectrum than the centre. This U-shaped pattern is accentuated for supporters of political parties not in government, particularly on the political right.

Conspiracy theories are an almost ubiquitous topic in times when people across the globe are divided into those doing everything in their power to curb a threatening pandemic and those who furiously refuse to participate in any such effort as they do not believe in the existence of the virus. Indeed, we bear witness to unprecedented times when the transition of power in one of the world’s largest democracies is overshadowed by a mob storming the Capitol building in a violent attempt to reclaim the allegedly stolen election. Thus conspiracy theories should no longer be treated as a fringe phenomenon as they have clearly entered the center stage of political attention. Fittingly, there has been an increase of scholarly attention to the topic over the past few years, as demonstrated in numerous publications, several calls for special issues, as well as the establishment of a EU funded COST network of interdisciplinary scholars interested in the “Comparative Analysis of Conspiracy Theories”.

This network served as a hub for researchers across disciplines and European countries,  facilitating critical discussions and providing unique settings for large, coordinated data collection. To the best of our knowledge, the data summarized in our paper on “Conspiracy Mentality and Political Orientation across 26 countries” represents one of the largest joint collaborations on this topic, painting a bigger picture and yielding a more comprehensive understanding than any before.  The general consensus from previous findings has pointed to conspiracy beliefs as an inherently political phenomenon, but the relative prevalence of such theories across the political spectrum was considerably less clear. In some earlier studies conducted by myself and other partners of the COST network, we have found a U-shaped relation with considerably more pronounced conspiracy beliefs both on the extreme left and the extreme right. Others had reported that conspiracy beliefs are a defining feature of the political right. Importantly, these diverging patterns stemmed from different contexts, because the former studies were conducted in Germany and the Netherlands, while the latter focused on the USA. Given this inconsistency and regional variation, the COST network seemed like an ideal infrastructure to join forces and systematically address the issue.

At the March 2017 general meeting in Turin, Italy, we stuck our heads together to discuss an optimal way to address this question and derive hypotheses. It soon became clear that two streams of research would allow the prediction of a U-shaped relation. One predicted that extreme political movements at both the left and right share a common worldview, expressed as a pronounced tendency to distrust and reject other groups, conspiratorially portraying them as evil.  Importantly for our research, however, the other hypothesis postulated that people on the extreme end of the political spectrum feel excluded from having a say in national politics, and the perceived lack of control makes them doubt the legitimacy and transparency of political decision making, frequently resorting to conspiracy beliefs about corrupt elites. This idea has been famously quipped as a notion that “conspiracy theories are for losers ”.  This idea would only make sense if more extreme political stands were never represented in national governments. “Luckily”, however, this is not the case in all countries and at all times. The national governments under Viktor Orban in Hungary, as well as the PiS party in Poland, may serve as examples of the far-right having a home in national politics. On the flipside, parties identifying as far-left were part of government coalitions in Greece and Spain at that time. Our regional diversity thus equipped us with a unique opportunity to test both the universality of the relation between political orientation and conspiracy beliefs, as well as critically test the notion that more pronounced conspiracy endorsement at the extreme ends is a function of being excluded from political participation on the level of national governments.

Our interdisciplinary expertise and different geographic backgrounds shaped our methodological decisions. The psychological perspective and general approach to the topic heavily influenced our choice of how to measure conspiracy beliefs. We explicitly decided against concrete conspiracy theories as these may be heavily content-contaminated and context-specific, so they might reflect pure overlap between respondents’ political orientation and the political leaning of the theory, rather than an actual propensity to see the world governed by secret forces. We thus decided to settle on a measure of conspiracy mentality, the general tendency to suspect plots hatched in secret behind world events, without, however, explicitly mentioning any specific one or specific actors. Our measurement of political orientation benefitted greatly from those colleagues who were deeply involved in political science. Rather than relying on (just) a single measure of self-reported political orientation, we combined preference for concrete political parties (that most people can more readily report than their exact position on a left-right scale) with expert coding of these parties. This also allowed us to code whether this party was in power at the time of data collection.

In our recent Nature Human Behaviour paper, we report the results of the data collected from 23 different national contexts and well over 30,000 participants. To complement our analyses and further bolster the robustness of our findings, we added data from 13 countries with 70,000 participants. Overall, the results across these two samples were surprisingly homogeneous, highlighting a U-shaped relation between political orientation (self-reported or inferred from political party preference) and conspiracy mentality. While most countries exhibited similar patterns, there were some notable differences due to the substantial heterogeneity of our data. In fact, one country represented a special exemption, evidencing an opposite pattern with most conspiracy endorsements at the political center. We also found robust support for the notion that political “losers” indeed endorse conspiracy mentality to a greater extent. Importantly, however, the U-shaped relation was not fully reducible to the issue of whether one’s preferred party was involved in the government or not. Clearly, political power did exacerbate the pattern, particularly on the political right, while (vicarious) political controls did not attenuate it fully. Hence, providing people with extreme political views does not quench their need to see the world governed by secret coordination.

Figure 1. Conspiracy Mentality as a function of self-reported political orientation and whether the party voted for at the last national elections was in power at the time of data collection.

Although our data provided no strong support for the idea that in countries governed by the political right, conspiracy theories flourish on the left and vice versa, we did observe a descriptive pattern. Our speculation that a larger investigation with more involved countries might serve to strengthen the pattern, is thus subject to scrutiny by even larger future collaborations. 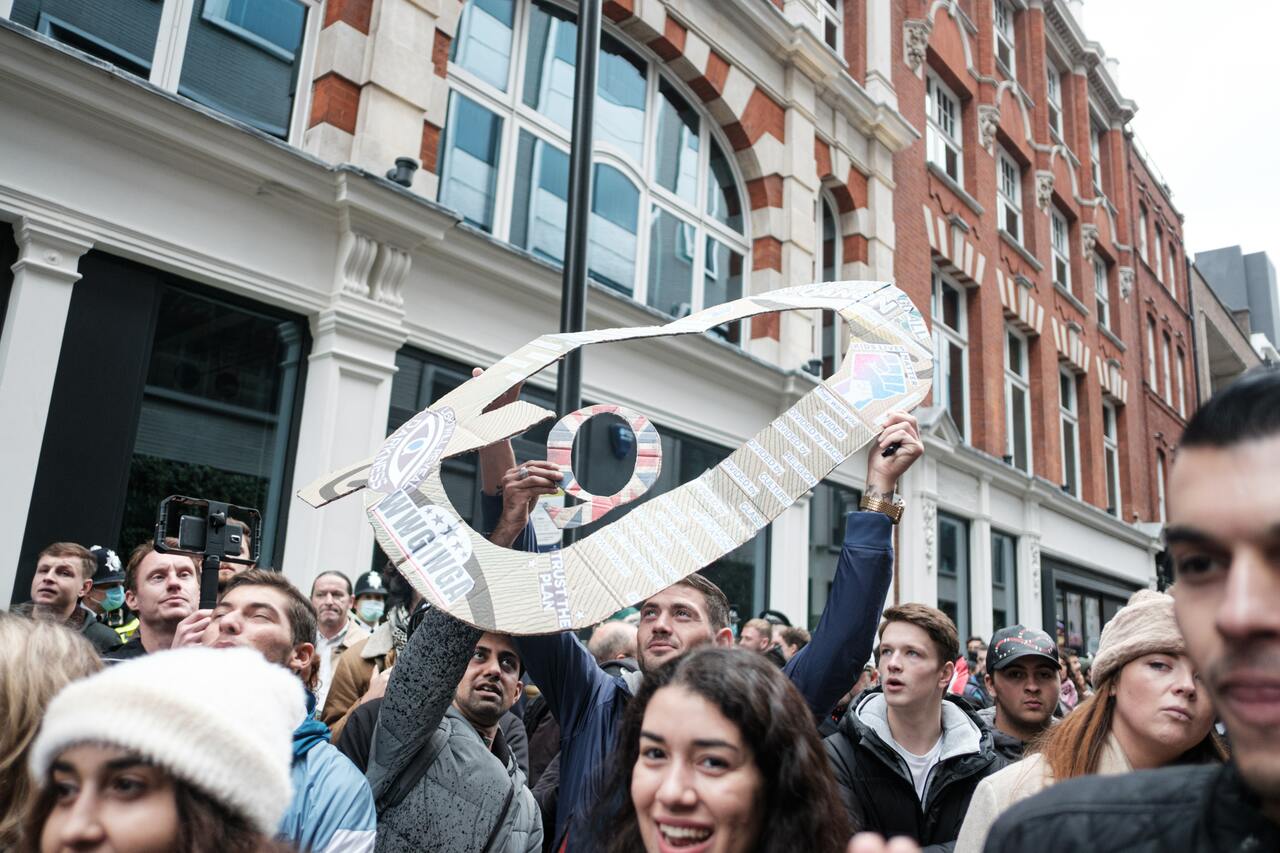 Combining data from more than 100.000 participants and 26 countries we find a U-shaped relation between political orientation (both self-reported and inferred from party preferences) and conspiracy mentality, a generalized mindset to see the world as governed by secret plots.