Menu
A community from Nature Research
Contributor Nature
Behind the Paper

Excavations at a new archaeological site in the Kalahari, South Africa provide early evidence for complex human behaviors 105,000 years ago. Here we explore the scientific, institutional, and wider social setting in which this research took place. 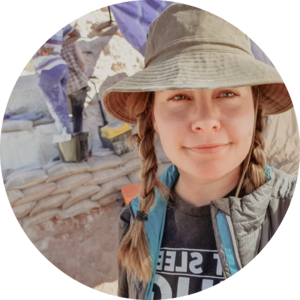 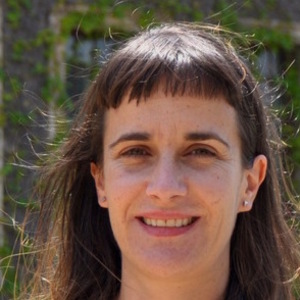 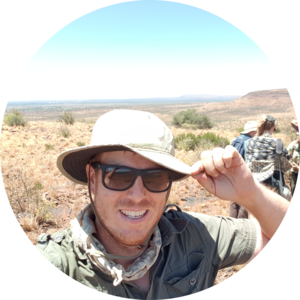 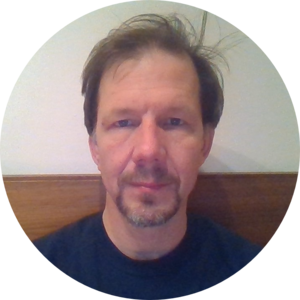 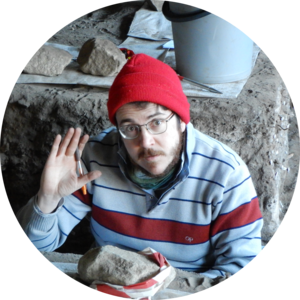 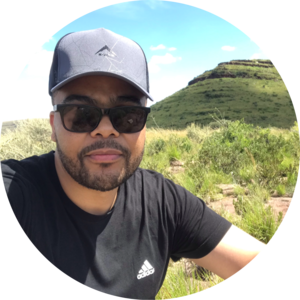 In our paper published in Nature we report evidence for innovative Homo sapiens behaviours at Ga-Mohana Hill North Rockshelter 105,000 years ago.

Investigating the archaeology and palaeoenvironments of Ga-Mohana Hill has been a long and rewarding team effort. This research was carried out during a period of time when both the scientific and social contexts of human evolution research was rapidly evolving, which we believe has had a positive and lasting impact on the project and research community. Research does not take place in a vacuum, the context is important and there is growing awareness in the scientific community around this. In this blog post we explore this context and the impact it had on our research.

The Big Question: What about the interior of Southern Africa?

What we know about the origins of Homo sapiens has changed radically over the last few decades. This has been in large part due to new discoveries at archaeological sites in South Africa and major advances in dating techniques. As many of the new finds come from coastal sites, some researchers have argued that the unique conditions of coastal South Africa and the resources available there helped drive the emergence of Homo sapiens cognitive, social, and technological complexities. Many of us have previously worked at the South African coastal flagship sites as undergraduate volunteers, postgraduate and postdoctoral researchers, and collaborators. Indeed, it was through one of these big multi-disciplinary projects that six of the twelve co-authors (Jayne Wilkins, Ben Schoville, Robyn Pickering, Kyle Brown, Luke Gliganic, and Alex Blackwood) met each other and first worked together.

While working on these coastal deposits as a post-doc, Jayne (Griffith University, Australia) remained convinced the archaeological record of the interior, and particularly the southern Kalahari, was rich and valuable. She had done her PhD research on the archaeology of the region and, because this record is less well-known, she wondered if the differences between the coastal and interior archaeological records were due more to research bias than reality. This is the birth of the North of Kuruman Palaeoarchaeology Project, and the reason she, and co-authors Ben Schoville (University of Queensland, Australia) and Kyle Brown (University of Cape Town, South Africa) first started exploring new areas in the southern Kalahari in 2014. Fast forward to 2021, after many years of surveying, excavating, cataloguing, sampling, and as a result of many new collaborations, the archaeology of Ga-Mohana Hill North Rockshelter has turned out to be particularly valuable.

Our best explanation for the cache of crystals found in the deepest, oldest section of the excavation is that the people living in the shelter 105,000 years ago must have deliberately and thoughtfully collected them and brought them back to the shelter. Together as a team of archaeologists and geologists, we exhausted all possibilities to find a natural, geological explanation for their occurrence. This included ruling out water washing material into the cave and searching the walls, roof and sides of the shelter for a source of the crystals that could have fallen into the deposits. There is no reasonable natural explanation. The closest natural source of these crystals is approximately 2.5 km away. So, the crystals do occur on the landscape around the shelter, but they are rare and you have to know where to look. What were they brought to Ga-Mohana for? Well, perhaps for ritual or spiritual purposes as many people around the world collect crystals for today and have done throughout much of prehistory.

The other important archaeological finding from these oldest layers is abundant ostrich eggshell (OES) fragments. The large size of an ostrich egg, and it’s hard shell, makes it a natural container, and we know that these were used that way in the past. An important contribution of this paper is our comprehensive review of OES in southern Africa. Previously, while many papers have referenced the evidence for OES usage in a general way, an extensive, deep-dive review of the evidence just did not exist. Our review, which includes a massive table in the paper’s Supplementary Information, shows that the earliest evidence for human-collected OES and OES container technology in South Africa  is dated to around 105,000 years ago, with the earliest known evidence from coastal sites. Team members Ben Collins (University of Manitoba, Canada) and Amy Hatton (University College London, UK) studied the OES at Ga-Mohana to determine whether people or other carnivores collected it. The presence of cut-marked animal bones is one of the clear signs that humans brought the bones and eggs to the shelter. This means Ga-Mohana provides the earliest known evidence for human-collected OES in the Kalahari, coeval with the earliest coastal sites.

How do we know how old these artifacts are? The chronology of the Ga-Mohana rock shelter was determined by Luke Gliganic and Michael Meyer (University of Innsbruck, Austria) using optically stimulated luminescence dating. The lab in Innsbruck follows a thorough approach, measuring hundreds of individual tiny quartz grains with laser equipment and using statistical models to calculate sediment ages. This approach is labour-intensive and time-consuming, but is worth it, because of the enhanced robustness of the resulting age estimates.

What was the environment around the shelter like at this time?. Geologist and geochemist Robyn Pickering (University of Cape Town, South Africa) and her students tackled this question. During a reconnaissance visit to Ga-Mohana in 2016 Robyn was immediately struck by the huge tufa deposits covering the sides of the rockshelter and was convinced that further investigation of these was critical to understanding the past environments. At the time, she was four months pregnant, then on maternity leave, and then pinned at home with a breastfed baby, meaning that the opportunity to explore the tufas fell to her University of Cape Town PhD student Jessica von der Meden. Jessica documented a variety of different types of tufa and developed a model to explain their occurrence and formation, which centres on past water availability. She painstakingly dated the different layers of tufa using the uranium-thorium technique. The oldest of these layers dates to 110,000 to 100,000 years ago and suggests that there were waterfalls flowing down the side of the shelter during exactly the same time period of the oldest human occupation. Wendy Khumalo, another University of Cape Town student, worked on using modern rainfall records from this region to explain what drove these periods of increased water flow at the site for her 4th year dissertation project.

The last six years have been particularly tumultuous for universities in South Africa. The #RhodesMustFall movement, followed by #FeesMustFall have dominated campus life. These student-led movements reflect a call to change the racial status of academia in South Africa, which for too long has been dominated by white, foreign, and colonial influences. It’s this institutional context that inspired us to work towards decolonizing our research, even though and especially since, the leadership of the North of Kuruman Project is white and mostly foreign. The pathways toward transformation are multifaceted, but the main ways that we knew our project could move in the right direction was to actively seek collaboration opportunities with Black South African students and researchers, respect and involve local communities, and allow space for difficult conversations.

For example, one of the most rewarding collaborations that has grown from the North of Kuruman Project is with co-author Sechaba Maape (University of the Witwatersrand, South Africa). Sechaba is from Kuruman near Ga-Mohana Hill. His research focus is the ritual use of natural spaces, including Ga-Mohana Hill and other sites in this region.

At first our interactions were more confrontational than collaborative; Sechaba challenged the archaeological practices and the potential negative effect our excavations were having on the traditional uses of the space. Now, we are working together to modify our practice so that we minimize interference with local community use. This includes carefully back-filling our excavations between every season so that we leave no visible trace of our presence there. Through this collaboration, we have all come to realize how important it is that archaeology does not undermine the traditional practices, because they have significant value as intangible heritage, providing connection to past communities in a country disrupted by colonialism.

Our engagement with communities continues as we work toward having a positive social impact. And on the flip side, we are learning to reflect on how our science is improved by working with local communities. The crystals at Ga-Mohana are one example of the importance of this two-way exchange of knowledge. It was conversations with Sechaba about modern ritual use of the shelter that led to the ‘aha moment’ that the crystals needed detailed investigation.

There has been much talk of decolonizing academia, but how to actually do this is complicated, requires hard reflection and a willingness to change and grow. As a research collective, we aim to be part of this change and strive to keep driving it forward.

I am a palaeoarchaeologist and ARC Discovery Early Career Research Fellow at the Australian Research Centre for Human Evolution, Griffith University. I research the origins of human adaptation, social learning, and sociality from the perspective of South Africa, where the earliest evidence for modern human behavior has emerged. I approach this topic from three directions; lithic analysis, experiments, and archaeological excavation.
Follow