Social and behavioural factors are critical to the emergence, spread, and containment of human disease. Closer collaboration between disease modellers, social scientists and RCCE practitioners, drawing on increasingly available data and scale, will improve the accuracy of disease models. 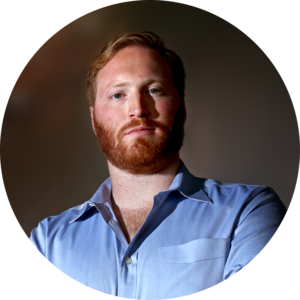 Our recent paper published in Nature Human Behaviour – ‘A review and agenda for integrated disease models including social and behavioural factors’ – reviews current disease modelling methodologies and opportunities for integrating data and expertise from social science research and risk communication and community engagement practice. The ideas and recommendations we put forward - our 'agenda' for action - draw on the shared experiences of authors from across many disciplines and evolved over several years.

In the early stages of the 2014 – 2016 West African Ebola outbreak, CDC disease models projected a worst-case scenario of between 550,000 and 1.4 million cases in the 4-month period between September 2014 and January 2015. The actual observed total number of cases for the entire outbreak was 28,600. Like other early Ebola models, the CDC estimates had clear caveats: modellers were working in real time during an unprecedented outbreak, they had access to limited available epidemiological data, and assumptions were made about a presumed chronic underreporting of cases. The modelling efforts should be commended for their quick attempts to make sense of an acute threat. But critically, the early models excluded impacts of human and social behavioural adoption interventions like people isolating sick individuals and increasing safe burial practices.

The projected numbers were beyond alarming to policy makers, health officials, and the general population. The modelling put a spotlight on the potential threat of Ebola and drove critical response decisions and actions. It was an important wakeup call for the world. Mathematical modelling had found its way to the front pages, gaining unprecedented visibility as a policy and planning tool. Through the hard work of governments, communities, organizations and individuals, Ebola transmission in West Africa ended after having officially taken 11,325 lives. However, questions remained – especially for non-modellers: How could projections have varied so widely? Why didn’t these projections seem to reflect conditions in the communities where transmission was occurring?

Alongside the increased attention given to disease modelling, global health threats posed by large-scale outbreaks have placed a magnifying glass on the role of social processes and human behaviour. During COVID-19, as with previous outbreaks, the decisions we make – collectively and individually – about masking, distancing, and vaccinating are key drivers of disease spread. Epidemics begin and end in communities.

Health authorities are increasingly recognizing the importance of interventions that seek to understand and support communities and individuals to take protective actions during a health emergency – often called ‘risk communication and community engagement’ (RCCE) – as well as the social science research that informs the design of such interventions. This delayed recognition has come at a great cost: missteps and challenges linked to inadequate prioritization and resourcing of RCCE and social science research during the early stages of disease outbreaks are ample and well-documented. During the West Africa Ebola crisis, early messages emphasizing that there was no cure led to community confusion and discouraged people from seeking early treatment. Poor early consultation with communities led to mandates about burial practices that were culturally unacceptable. Rather than working with communities to help them adapt to the new disease threat, many early interventions exacerbated fear and mistrust. The list of ‘lessons learned’ is long.

In recent years, there has been a concerted global effort to strengthen and improve the rigour, coordination, prioritization, and resourcing of social and behavioural interventions and research within national response architecture. In the current COVID-19 crisis, improved collection and synthesis of quantitative and qualitative social behavioural data and insights are informing response interventions in faster and in more meaningful ways. These social behavioural theories, insights and data can also be used to improve disease modelling.

The story of our multidisciplinary call for integrated disease modelling indeed begins during the 2014-2016 Ebola outbreak. Specifically, in Sierra Leone, where a few authors worked on a consortium-led RCCE initiative – the Social Mobilization Action Consortium (Restless Development, GOAL, FOCUS 1000, BBC Media Action and the CDC) under the Ministry of Health and Sanitation. SMAC supported community mobilizers, religious leaders and local radio stations to reach almost two-thirds of all communities in the country with participatory action planning and other deep and ‘hyper-local’ outreach activities. Over the course of the outbreak, a large dataset of community-generated data was collected, presenting a unique opportunity for collaboration between RCCE practitioners, social scientists and disease modelers.

Using these data, the ‘Data Modelling Community Engagement in Health Emergencies Project’ (supported by the Bill & Melinda Gates Foundation and led by the Institute for Disease Modeling, including several authors of this paper and post) seeks to retrospectively model and quantify the impacts of community engagement, including identifying associations between reported behavioral trends and changes in disease epidemiology during the outbreak. In this on-going work, we are merging the qualitative and quantitative data collected by communities during the Ebola RCCE interventions with the equally unprecedented Sierra Leone Ebola Database prepared by the US CDC and the Government of Sierra Leone.

As the disciplinary range of collaborators in the project expanded, we began to consider why there was not more systematic interaction between the modelling community, social scientists and RCCE practitioners. Why were we piecing together a retrospective analysis, rather than co-designing research questions and models in preparation, with intentionally selected teams from multiple relevant disciplines?

We organized a workshop in Washington DC in July 2017 to discuss  these issues: how could we better model social behavioural change and community engagement during health emergencies? What potential was there for more concerted efforts to integrate social and behavioural factors more meaningfully into mathematical models? How could social scientists and RCCE practitioners better frame and organize the relevant social behavioural data and insights they collect? What would be the mutual benefits of deeper collaboration and what would that look like in concrete terms? The participants – practitioners, academics, modelers, representatives of implementing agencies and funding bodies – began to imagine a potential blueprint for strengthening collaboration between behavioral interventions and modelling. At the outset of the COVID-19 crisis, we realized that such an agenda was never more important.

During the course of the development of our Integrated Modelling paper, we found a range of both shared perspectives and disagreements between disciplines and within disciplines. In addition, we found that the process of developing the paper, for the authors, was as important as the paper itself. During a year of Zoom meetings, many drafts, and countless side discussions, we had to learn to speak each other’s languages and understand one another’s starting points. We discovered that while this kind of multidisciplinary collaboration is not easy, it is truly worthwhile. We believe there is potential to move from incremental, unplanned, retrospective, or ad hoc collaboration dependent on individuals and boutique funding, to a more systematic and conscious era of integrated collaboration in service of the main game: stopping preventable death due to disease transmission. As the paper title indicates, we are putting forward what we believe to be an actionable agenda. The time is now to deliver it.