Coalitions usually focus on private benefits but can provide for the public good. However, providing goods like a stable climate is a mysterious game: mis-, dis-, and uninformation exemplify how hard it is to appreciate the value of cooperative action. Coalition-structured governance helps!

Examples abound where nature has solved many of the problems that we care about. Typically, nature's solutions encompass selecting for a combination of population growth and survivability, which ends up "optimizing" the ability to execute specific tasks. The outcomes range from fascinating design solutions for movement, detection, or resource extraction to incredible adaptations to slow changes in the environment. As humans, our building blocks are also the product of such processes, and, when we try to solve our own problems, we, sometimes, look for inspiration in nature. However, we tend to look to optimize growth and forget about survivability. I'd agree that that, itself, is the result of some cultural evolution that leads to the deification of humans, and the consequence is sometimes war, a climate crisis, ecological collapse, global pandemics, and things of that sort.

The Paris agreement exists to address the issue of stabilizing the climate by reducing the concentration of greenhouse gases (GHG) in the atmosphere. It was created after many failed attempts to a first-best, or optimal, solution which consisted of a single universal agreement for GHG emissions reduction. Failure to achieve such an agreement can be attributed to our building blocks: e.g., bounded rationality, shortsightedness, or selfishness. And, thus, the solution was a voluntary, more decentralized agreement, in which members would do, more or less, whatever they thought was reasonable and promised to do more later.

When I first met Phil and Simon in person, back in 2014, they were working with my PhD-advisor, Jorge, on the role of small but growing coalitions to deepen international cooperation on energy and climate issues. Because I was very interested in polycentric approaches to cooperation, we ended up analyzing regime complexes that provide co-benefits to members but also produce public goods. We ended up drawing inspiration from nuclear non-proliferation, transboundary air pollution, and liberalized trade. I don't think I ever learned so much about so many different things at once. It was a truly enriching project, which we did publish. However, as in many projects, there were loose ends. One of them was a truly mechanistic understanding of what was making these small agreements on climate successful and theoretically more efficient than large ones. And that's where our new paper comes in.

In this paper, we studied how we could help individuals cooperate when they have no information about what they are doing. I guess one could argue that's a very extreme case, but I would say that, sometimes, it can be closer to reality than assuming perfect information. Our inspiration came from the complex structure of natural interactions, i.e., among other animals, where, while ignoring the outcomes of their actions, cooperative equilibria are often found. We realized the overlap of that complex structure to be a critical driver that can be transposed to real-world coalitions. But how do you communicate a result that is general but so relevant and inspired in such a specific topic as climate change negotiations? That was a big challenge.

This paper had so many versions!, each trying to tune the balance between application to the management of public goods and their sustainability and the generality of the results. We went back and forth many times, adding calculations and examples and intuition, (re)moving either or both. In the end, I think it was the broad and varied perspective of all authors, coupled with the time we took between each version of the paper, which allowed us to reach an equilibrium that made everyone happy! 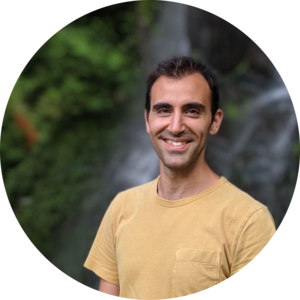