In Times of Global Crisis, Narcissistic Leaders Can Be Dangerous

In times of crisis, people gravitate toward narcissistic leaders. But such leaders do not necessarily protect their followers from danger.

+1
Barbara Nevicka and 1 other See all
Assistant Professor, University of Amsterdam
Follow 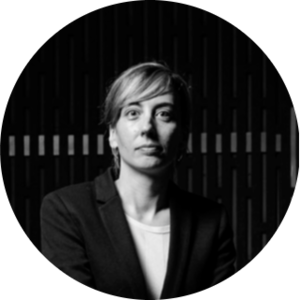 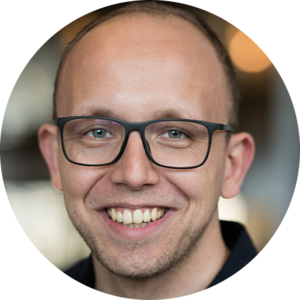 The spread of COVID-19 across the world has brought with it fear and anxiety about the future. When we feel anxious and uncertain, we look toward our leaders as sources of reassurance and guidance. What kinds of leaders do we turn to? And are they the leaders we actually need?

In a perfect world, we would simply turn to the leader who is most competent to deal with the crisis. Unfortunately, we are poor at distinguishing competence from confidence. If people show unwavering confidence in themselves and their ideas, we think they must surely know what they’re talking about and we pick them as leaders.

Often, leaders who show excessive confidence have a personality trait known as narcissism—an inflated sense of one’s own importance and deservingness. Driven to pursue power and status, narcissists aim for leadership positions and often succeed in attaining them. Indeed, narcissists are overrepresented among CEOs, presidents, and other people in positions of power. In fact, around the world, we are witnessing the emergence of narcissistic leaders who lack expertise but who nevertheless persuade people into believing their grandiose views: that they will guide their groups to greatness, and that no other leader has the capacity to do so.

A telling example is president of the United States, Donald Trump. A supporter said: “You get what he really believes in, even if everything that he says isn’t what is the right thing exactly.” In August, when the virus was raging through his country, Trump announced: “It’s going away. It’ll go away. Things go away. No question in my mind that it will go away.” Thus, people place their trust in him—even when he is wrong—because he provides them with a feeling of security and a promise of a rosy future.

In times of uncertainty, people prefer narcissistic leaders, even when they know that these leaders have serious character flaws. In three experimental studies, one of us showed that people selected narcissistic leaders in times of uncertainty, even when they knew these leaders were arrogant, exploited others, and lacked empathy. When facing uncertainty, people look toward a leader as an anchor. A confident and assured leader may thus serve as a source of comfort.

While narcissistic leaders are great at impressing others by radiating confidence, the critical question is whether they are actually capable of navigating a crisis. Research paints a rather pessimistic picture. Narcissistic leaders often prioritize their own egos over the well-being of others. They are known to disregard social norms, ignore expert advice, and distort the truth to justify their actions. When leading groups, they discourage their followers from sharing information, which harms group performance. When they are confronted with their mistakes, narcissistic leaders may lash out and place the blame on others. Their lack of empathy enables them to continue down this path.

In March, the president of Brazil, Jair Bolsonaro, suggested that Brazilians were tough enough to survive COVID-19 infection: “They never catch anything. You see some bloke jumping into the sewage, he gets out, has a dive, right? And nothing happens to him.” No mandatory precautions were necessary, he said. Just a month later, when a reporter confronted him about the rising death toll in Brazil due to COVID-19, he replied “So what?”

With the rapid spread of misinformation online, we need business and political leaders who separate common sense from nonsense, rather than leaders who feed misinformation. During the current pandemic, narcissistic leaders have actually created deep-seated skepticism and distrust of scientists and medical professionals at a time when their expertise is a life-or-death matter. Such skepticism and distrust may lead people to resist behavioral recommendations of experts.

Indeed, several leaders downplayed the virus and dismissed expert advice. Donald Trump refused to wear a mask, which has led his supporters to question the legitimacy of the pandemic as well as the need to follow preventative measures, with one of them stating: “If he believes he doesn’t need a mask, good for him”. Prime minister of the United Kingdom, Boris Johnson, ignored his scientific advisors and boasted that he continued to shake hands: “I’ve been going around hospitals as you can imagine and always shake hands.” Jair Bolsonaro dismissed Covid-19 as a common cold and disregarded distancing rules with crowds of supporters. His supporters have parroted his disregard for the pandemic, with one of them vandalizing a beach memorial for victims of COVID-19. One commentator said: “They feel such rage – and I think they’re reproducing the behavior of the person occupying the highest position in the land”.

Many of the countries that have delivered some of the worst responses to the pandemic—the United States, the United Kingdom, and Brazil—are all characterized by exceptionalism: a view of themselves as outliers, often fueled by a narcissistic leader. As a commentator recently noted in Nature: “In Greek myth, hubris is punished by the goddess Nemesis; in disease control, a hubristic world view risks a particularly vengeful nemesis.” Exceptionalism can lead to lack of preparedness and complacent attitudes, prevent collaboration with global health agencies, and limit opportunities to learn from the experience of other countries.

Similar feelings of exceptionalism are apparent in business leaders. For example, Elon Musk, CEO of Tesla, has downplayed the risks of COVID-19, questioning the accuracy of testing, and stating that he and his family were not going to get vaccinated because “I’m not at risk for COVID, nor are my kids.” Knowing that followers are inclined to model leaders’ behavior, such sentiment may lead to a more lax culture at the organization regarding COVID-19 measures and place employees at greater risk.

How can we safeguard our society and organizations against the dangers of narcissistic leaders and feelings of exceptionalism? For one, we should acknowledge that these times are extraordinarily challenging, and that each of us may be tempted to turn to seemingly strong leaders for reassurance and guidance.

Importantly, we need to start judging leaders based on what they do, not what they say. Media outlets should help provide objective assessments of political candidates, helping citizens separate a candidate’s competence from confidence. Organizations should add objective assessments to the selection of candidates, rather than relying just on interviews, to bypass narcissists’ charm and ability to sketch themselves as ideal leaders.

In the end, we should ensure that we have the best person at the helm of the ship to steer us through the storm, rather than just the one who yells the loudest.

On the alleged unsuitability of behavioural science for fighting COVID-19