What elements of language are most effective at changing a person's mind? New machine learning tools that measure the social intent of conversations show that knowledge, trust, and similarity are key. Philosopher Jürgen Habermas predicted this result in his theory of Communicative Action.
Luca Maria Aiello, Gianmarco De Francisci Morales, Corrado Monti & Francesco Bonchi
4 contributors
Like Liked by Amy Mundye and 4 others
0

Opinion formation in the public sphere

The “public sphere” theorized by Jürgen Habermas — one of the most influential philosophers of the Frankfurt school — is the public arena wherein the democratic discourse develops. It plays a crucial role in the healthy functioning of a democracy, as it allows citizens to shape public opinion. Collective participation in the public sphere peaked with the advent of the Internet and social media, whose collective dynamics weigh heavily on how public opinion evolves today. As the Social Web gets increasingly plagued by controversies, echo chambers, bots, and misinformation, it becomes crucial to discover and promote elements of social interaction that foster constructive dialog and cooperation.

In his theory of Communicative Action, Habermas sees shared understanding achieved through rational arguments as the necessary pre-condition for social integration, and thus for democracy. This process unfolds mainly through conversations; when language is used with the intent of promoting “shared knowledge, mutual trust, and accord with one another”, it can exert a powerful force that can change the hearer’s mind and bridge diverging views.

Quantifying social intent from language has been a hard challenge for computational linguists so far, and it remains an open research problem. Luckily, thanks to recent advances in machine learning, we are getting closer to the ability to automatically identify nuanced social intents from language. We used this ability to test some cornerstones of the theory of Communicative Action on social media data "in the wild". Read on to see what we found [tl;dr: Habermas was right].

In ordinary social relationships, people often verbalize their social intent. We may say "don't worry, it's going to be ok" to provide emotional warmth in support of a friend, or "you have done such a wonderful job" to express our appreciation for them. Social scientists have studied several archetypes of social interactions, and in a previous study, we found that ten of them characterize the majority of ordinary human relationships (see Table below). We trained a deep-learning classifier that can label any message according to the social intent they convey, and successfully tested it on social media conversations. This tool allows one to answer at scale a question that stems directly from Habermas' theory:

"Which types of social intents are more effective at inducing a change of opinion in the listener?"

Social media to change your mind

To answer our question we turned to Reddit data, one of the favorite sources for social interaction studies conducted by computational social scientists all around the world. ChangeMyView is a subreddit where users can upload posts to express their own opinions, and other users comment on them in an attempt to change the opinion of the poster. Crucially, comments that succeed in doing so receive a token of merit called delta (Δ) from the poster. We gathered 46,000 posts about sociopolitical issues and their respective ~4M comments. We applied our social dimension classifier to all messages to label them with the social intents they express (if any). We then measured the association between social dimensions and opinion change.

Figure A shows the odds ratios of different social dimensions being conveyed by comments that received a Δ, compared to comments with no Δ. For example, knowledge is 119% more likely to be found in comments with Δ (i.e., odds ratio of 2.19). Comments that express no intent are about 77% less likely to change the mind of the recipient, compared to comments that convey at least one social dimension. In line with the three pillars of Communicative Action (knowledge, accord, and trust), we found that opinion-changing comments are exceedingly more likely to convey factual knowledge and logical reasoning (e.g., “The NHS isn’t free, it’s free at the point of use, we pay for it through tax contributions”), allude at the similarity between the stance of the poster and the commenter (“My friends used to live in a large city in Asia too”), and contain language that expresses trust (“I believe what they’re saying”).

Interestingly, posts by people who end up changing their mind view are 46% more likely to convey status—words of appreciation, gratitude, or respect (“I have nothing but the utmost respect for service men and women, but ...”). On the contrary, people who introduce their opinion by appealing to power are the least likely to grant a Δ (Figure B).

Last, comments awarded with a Δ are more likely to express an intent that matches that of the original poster, at least for five of the social intents (Figure C).  For example, when a post intends to convey a power dynamic, the most effective response is to make a similar appeal to power (+22% likelihood of getting a Δ). However, some pairs break this symmetry, such as power and status: giving appreciation in response to a comment characterized by power appeals is not a successful strategy of persuasion.

The new Glory of Social Media

The enthusiastic optimism that enveloped the rise of Social Media during the Web 2.0 revolution (remember? remember?) is now long forgotten, buried by armies of internet trolls, fake news, and endless partisan conflicts. Bringing online interactions forward to a renewed state of glory and value for society requires tools that can not only filter out bad behavior, but also that can encourage healthy practices. This work is a first step in this direction: we showed that computers can detect (and therefore promote) social interactions that foster understanding and ultimately agreement. Our future challenge is to use these technologies to realize Habermas' vision of an ideal arena of public discourse in which “all participants refer to facts and knowledge with which all are familiar, contribute to the discussion in an open, honest way, and be prepared to place themselves in the position of others in order to understand the latter’s point of view”.

Associate Professor, IT University of Copenhagen 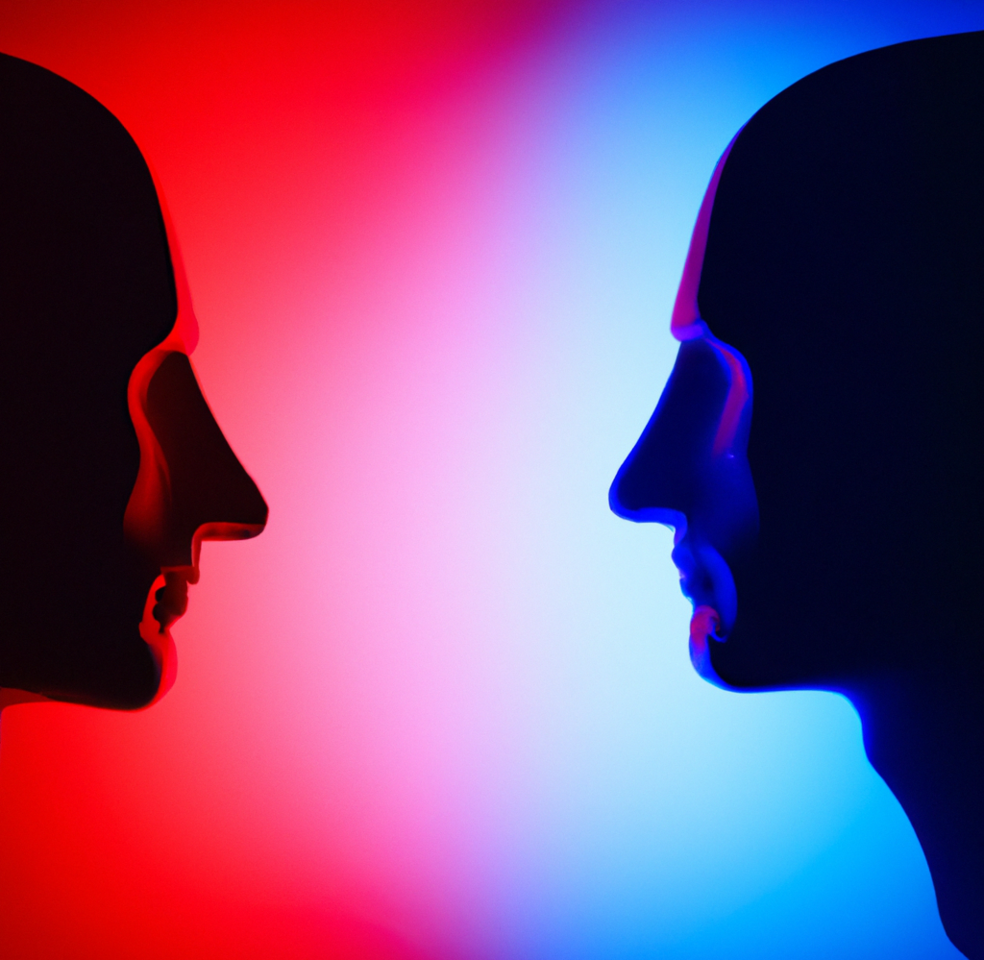 What elements of language are most effective at changing a person's mind? New machine learning tools that measure the social intent of conversations show that knowledge, trust, and similarity are key. Philosopher Jürgen Habermas predicted this result in his theory of Communicative Action.