In daily life, not all punishments are created equal

Punishment is a key mechanism for promoting cooperation and norm abidance. To date, distinct punishment tactics have often been subsumed under the umbrella of 'costly punishment.' We studied when and how people use a broad range of high-cost and low-cost punishment tactics in their daily lives.

When and how do people punish norm violations in daily life? Decades of experimental research have built a convincing case that humans, across a diverse set of societies, are willing to pay a cost to punish non-cooperators and moral transgressors, at least in financially incentivized tasks. While this finding has proven to be a staple among explanations of the evolution of cooperation, the prevalence of ‘costly punishment’ outside laboratory interactions remains contested. How often do people punish in their naturally occurring interactions? When given alternatives to ‘costly punishment,’ do they prefer them? And what does ‘costly punishment’—typically operationalized as economic sanctioning in the laboratory—correspond to in the outside world?

These questions loomed large in our discussions when embarking on this project which was originally intended to assess the prevalence of ‘costly punishment’ versus less-costly gossip in daily life. Early on, we decided to take advantage of daily diary techniques to document norm violations, as well as ensuing punishment responses, with high fidelity (i.e., because these methods are designed to limit recall bias). And as we thought more about the ways people can use to inflict costs on transgressors in daily life settings, we expanded the range of examined punishment behaviors to include physical confrontation, verbal condemnation, gossip and ridicule, ostracism and avoidance.

As shown in Figure 1, and somewhat consistent with reviews of the ethnographic evidence (see Baumard, 2010; Guala, 2012) and field findings (Balafoutas, Nikiforakis, & Rockenbach, 2014, 2016) we observed higher rates of gossip compared to both direct confrontation and social avoidance in our overall sample. However, discussions with our colleagues from the Amsterdam Cooperation Lab at VU Amsterdam pointed to a potential confound. What if the rates of direct confrontation were lower because in many cases people were not able to intervene? When we restricted our sample to situations in which participants were physically present (and thus able to directly confront offenders), we found that confrontation and gossip were equally prevalent, and both observed at higher rates than social avoidance.

Does this suggest that the high prevalence of ‘costly punishment’ documented in lab tasks can be reproduced in the field? Not necessarily. Prompted by one of our reviewers, we examined the rates of different punishment behaviors in situations that more closely resemble experimental game situations implemented in the lab: (a) second-party punishment games (typically self-relevant offenses in which the perpetrators are strangers) and (b) third-party punishment games (typically other-relevant offenses in which both perpetrators and victims are strangers). As shown in Figure 2, when focusing on situations that more closely map onto second-party punishment tasks, we found that both gossip and social avoidance were more prevalent than direct confrontation, though rates of confrontation were still rather high. When focusing on situations that more closely map onto third-party punishment tasks, we again observed the same pattern of findings, though rates of direct confrontation in these interactions among strangers were substantially lower.

These latter exploratory findings should be taken with a grain of salt, as our study was not originally designed to assess interactions that are similar to second- and third-party punishment tasks (cf. Pedersen et al., 2019). However, comparing these descriptive patterns reveals the value of studying punishment within the rich variety of relationships people are usually embedded in, and going beyond a focus on interactions between strangers. Examining when and how people punish on behalf of different relationship partners (their family, friends, romantic partners)—and honing in on the proximate (cognitive and emotional) mechanisms driving the use of alternative punishment tactics—will bring us closer to understating third-party punishment in our real-world ecologies.

Read more about this research here.

Decisiveness may be making us less generous 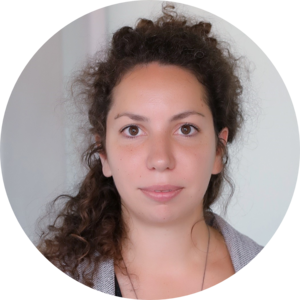 Will McAuliffe
10 months ago

Thank you, Will! Was very much inspired by your SPPS paper for these exploratory analyses.

Will McAuliffe
10 months ago

yes it is very interesting to compare the results from these two studies! would be super interesting to use this data to quantify (short-term) between-person stability in tendency to punish.

I agree and this is something we haven't really explored yet. Could also make use of our follow-up data (one to two weeks after original responses) to look at slightly longer-term patterns. I'll think about this more - thanks!