Breaking apart the almond-shaped amygdala into its subnuclei helped us to find out more about how people learn to distinguish between trust makers and trust breakers.

The amygdala is quite a glamorous brain region. Known and liked by neuroscientists and curiously marveled at by the interested public. It has been widely regarded as something like the brain’s fear center or threat detector, thanks to important insights from animal research and human neuroscience in the context of fear conditioning. Because it is an important driver of automatic threat responses, the popular trope emerged that the amygdala needs to be calmed down to not over-react in everyday life. Do we actually need it or would getting rid of the amygdala be a good idea, a panacea for all kinds of anxiety or affective discomforts?

Of course, as always with the brain, the picture is more complex. First, the amygdala is not a uniform structure. Instead, it comprises a set of different subnuclei, such as the basolateral complex or central nucleus, which exhibit marked differences in function and neural connectivity profiles. Additionally, brain functions are also entangled in complex environmental contexts and diverse task demands. Automatic threat responses might be the most important determinant of behavior if you are a mouse on an open field and there is a hawk looming above you. But what about complex social interactions? What about cases where you are not afraid of other people but want to collaborate with them – and, thus, need to trust them?

Our research question took us first to South Africa, where Lisa Rosenberger and Jack van Honk studied a group of people with an extremely rare genetic disease called Urbach-Wiethe disease, which leads to progressive calcification and corresponding failure of the basolateral part of the amygdala’s functionality (Rosenberger et al., 2019). It is known that these people exhibit decreased sensitivity to fear and threat, which fits the common narrative of amygdala’s function. However, the interesting finding of that study was that these people have difficulties distinguishing between trustworthy and untrustworthy cooperation partners in a social investment game, i.e., the repeated trust game. The goal of this game is to cooperate with another player by investing money in them. The invested amount is then automatically multiplied and the player pays back a reasonable amount of money to the participant. Ideally, both people benefit from this form of trusted cooperation. Alas, not everybody is trustworthy and pays back a fair amount. Like in real life situations, the participant needs to learn whom to trust – or better not to trust.

The surprising thing about this finding was that the amygdala’s involvement in trust learning was strongly suggested by these findings – yet not reflected by the neuroimaging literature in healthy neurotypical research volunteers, i.e., those with an intact amygdala. Indeed, the vast majority of human neuroimaging studies do not report that the amygdala plays any important role in trust learning when such volunteers played the same or similar versions of the trust game. Could it be that the findings from people with amygdala lesions do not generalize to the general population? This questions the specificity of the basolateral amygdala, its function or disfunction in this task context. Alternatively, could it be that previous approaches were not sensitive enough to capture the functional heterogeneity of the amygdala subregions? To investigate this puzzle, we conducted a well-powered fMRI study (n=62 participants), using brain scans with high temporal and spatial resolution in combination with a time-resolved data analysis, which is now published in Communications Biology, (Sladky & Riva at al., 2021).

We found that the amygdala’s involvement in the trust game is indeed as complex as its anatomical and functional heterogeneity suggests. During a trust game round the amygdala is neither active the whole time, nor are all of its subdivisions active, and participants differ in their amygdala engagement as well. Only participants who learned to differentiate between the trustworthy and untrustworthy player showed increased neural response differences in the amygdala while they prepared to make their trust decisions. This is also reflected by the fact that learners differentiated more between the trustworthy and untrustworthy player in their subjective ratings of trustworthiness than non-learners. The central nucleus of the amygdala played a particular role when participants prepared their trust decisions, while the basolateral part (that is the part affected in Urbach-Whiethe disease) was most active during outcome evaluation. Interestingly, there was no difference between good and bad learners in how their amygdala or other important subcortical areas such as the dopaminergic substantia nigra/ventral tegmental area and nucleus accumbens responded during outcome evaluation. So, we do not believe that our finding is due to the fact that non-learners had problems understanding the task or were less sensitive to the monetary rewards we offered.

This study found an explanation why the amygdala’s involvement in the trust game could be not properly reflected by the present state of the literature. Overall, our findings shed further light on the complex role the amygdala plays in trust learning and how beliefs about other persons’ trustworthiness are formed. We found that the basolateral amygdala, central amygdala, and bed nucleus of the stria terminalis in conjunction with the dopaminergic midbrain, nucleus accumbens, and the septal part of the basal forebrain to be involved in different phases of the task. The relatively increased activity of the basolateral amygdala during outcome evaluation and, then, only in learners, when they were informed that they are about to play with the untrustworthy player highlights its role in learning and subsequent decision making. Yet, the precise mechanisms in this subcortical network are unknown and need to be studied in future projects. Comparative neuroscientific research, e.g., in rodents, with complementary methodology will play an important role here – if only we could get laboratory rats to play the trust game and fill out a questionnaire on how trustworthy they find their conspecifics.

So, should you turn off or get rid of our amygdala? Reduced fear and threat sensitivity has a price. Based on our findings, we would propose to keep our amygdala because it plays an important role in social cognition and trust learning and acts as an essential brain hub that steers our responses to complex affective and cognitive challenges.

Back to Behind the Paper 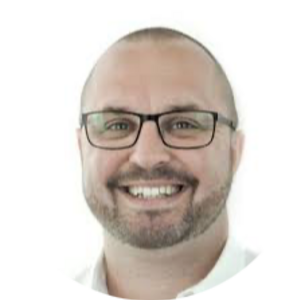 Mental health concerns during the pandemic as revealed by helpline calls
Contributor Nature
Behind the Paper, COVID-19

+2
Charles McClean and 2 others
How do emotions and reward guide social decisions?
Contributor Nature Human Behaviour
Behind the Paper