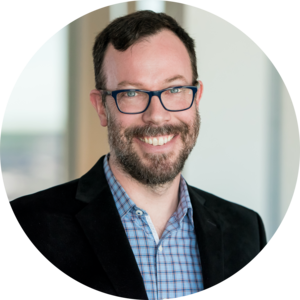 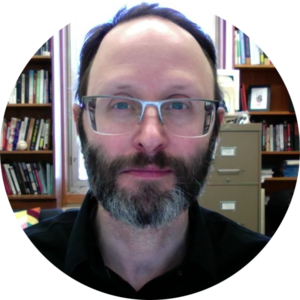 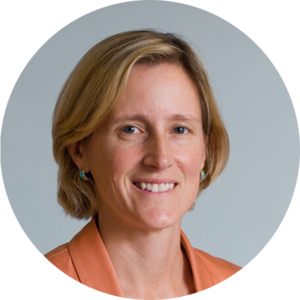 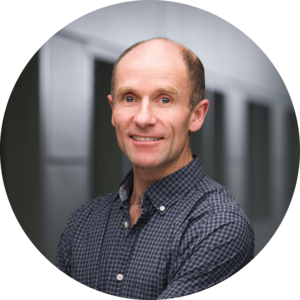 Professor of Biomedical Data Science and of The Dartmouth Institute, Dartmouth 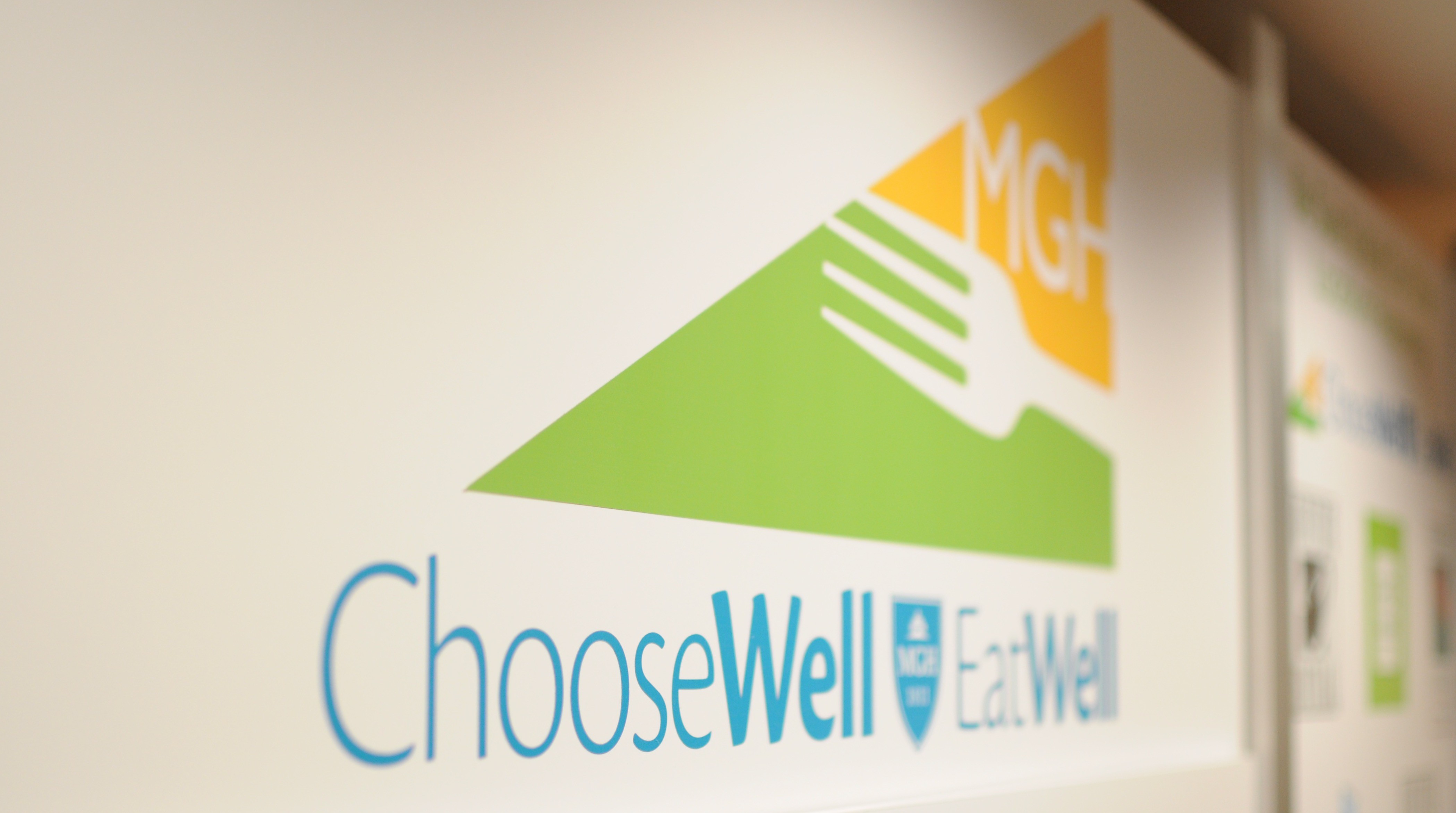 Our team has had a long-standing interest in health behaviors and their impact on public and population health. In particular, we have focused on obesity prevention and healthy eating. While the properties of a healthy dietary pattern have come into focus over the last fifty years, improving diet on both the individual and population levels has proven exceedingly hard. Some of the behavioral strategies proven to be successful target individuals or small groups of people and require sustained, intensive effort. We have sought out effective, scalable strategies to foster healthy eating that are effective, cheap, and easily disseminable so they can become pervasive and have population-wide effect.

Our recent paper in Nature Human Behaviour is the latest in the series of ChooseWell studies taking place in the Massachusetts General Hospital (MGH) cafeteria system. Using cafeteria cash register data, the ChooseWell studies have investigated and altered the physical and social environment to nudge people towards healthier food choices. Underpinning these studies are insights from psychology and behavioral economics, specifically the concept of “fast” thinking through which people make thousands of subconscious decisions each day, relying on mental shortcuts and heuristics. In 2010, we instituted a “traffic light” labeling system in the MGH cafeterias to nudge the thousands of employees, patients, and visitors who patronize the cafeterias daily to purchase healthier foods. The traffic light labels, attached to every item sold (green=”healthy”, yellow=”less healthy”, red=”unhealthy”), are visible in the physical environment and convey simple intuitive information that our research has shown guides patrons to healthier food choices. We have also used the traffic light labels to shape the social environment. Using techniques mirroring those employed in arenas as diverse as the hospitality and energy industries, we conducted a randomized trial where we provided employees with tailored messages about how the healthfulness of their purchases (% items purchased that are labeled green) compared to all other employees’ purchases and also to the employees making the healthiest purchases. Together with financial incentives, these “social norms” comparisons resulted in increased purchasing of green-labeled items.

Around the time the ChooseWell program was getting underway, Nicholas Christakis and James Fowler published several high-profile studies using data from the Framingham Heart Study cohorts illustrating that health behaviors and outcomes, including obesity, appear to spread through networks of socially connected people. We began thinking about whether similar analyses could be done in the ChooseWell “laboratory” and what insights they might yield. From this, the ChooseWell Together study was conceived to investigate the role of social connections in food choice.

The rich cafeteria data system, including the ability to tie cafeteria purchases to individuals, has been central to much of the ChooseWell research. At MGH, employees can make cafeteria purchases using their employee ID cards, debiting their purchases from their paychecks. This has allowed us to not only track individuals’ purchases over time, but also to append demographic characteristics (all data were deidentified). With the ability to follow purchasing behavior across the seven cafeterias of the MGH system, we thought we might be able to infer social connections based on when and where employees made purchases. If the data showed two people making a purchase in the same cafeteria within two minutes of one another, that would likely be a random event. If that happened on two different days or at two different cafeterias, that could still be a coincidence. If that happened multiple times and/or in multiple places, it was unlikely to be a random occurrence. We cemented this insight as a cornerstone of our research on social connections by obtaining self-reported data on cafeteria-centered social connections and validating a statistical model predicting how likely inferred social connections were to be accurate.

Having the ability to identify social connections related to food purchasing and having the traffic light labeling system in place allowed us to investigate whether the healthfulness of one employee’s purchases might influence the healthfulness of another’s. Analyses of observational data to investigate social influence are challenging. With a densely woven web of social connections, traditional statistical assumptions regarding the independence of observations become tenuous. Valid methods that accommodate these complicated data structures require more esoteric and sophisticated statistical approaches. The most important statistical concern, pervading all observational social network analysis, is the difficulty of disentangling whether an observed association is due to social influence (causal) or due to homophily (endogenous selection effects), i.e. the idea that “birds of a feather flock together.” Put another way, it may not be possible to determine if friends choose one another based on common interests or whether one person’s interests are the result of a friend’s influence.

Concern about homophily was, appropriately, the greatest critique during the review process. Identifying causal social influence in the strictest sense would require a randomized trial (which has its own challenges and limitations) or a quasi-experimental design such as instrumental variables analysis, which rests on strict assumptions that are commonly difficult to justify in practice. Absent the ability to ascertain causality by research design, we reasoned our way towards causality following principles similar to those laid out by Sir Bradford Hill. Through our main analysis and sensitivity analyses, we implicitly made the case for strength (we observed a moderate effect size), reproducibility (multiple methods led to similar conclusions), temporality (we included a longitudinal analysis), gradient (stronger evidence for ties meant larger point estimates of effect sizes), and plausibility (social influence may act through descriptive or injunctive norms). We also sought to minimize the threat to the validity of our conclusions posed by homophily as well as other effects, such as confounding or unmeasured common causes, by conducting sensitivity analyses. In particular, we calculated how large such effects would need to be to render our associations null, and found such a refutation was implausible. In sum, absent the ability to make statistical causal inference, we presented a logical case based on a range of evidence to illustrate to readers the likelihood that observed associations between the healthfulness of employees’ and coworkers’ food purchases were due to social influence, even absent definitive proof.

The long journey towards this study’s publication is in part exemplified in the 51-page Supplemental Information document accompanying the article. At the same time, one of our peer reviewers was able to sum up our efforts more succinctly, writing, “Whew. A lot of work and math to get to what could have been an intuitive intervention slogan to test out: ‘Friends don’t let friends choose red.’” Indeed, additional work is needed to test whether and how social influence may be harnessed to improve healthy eating. Social influence may also play an important role in public health through a network multiplier or peer effect – interventions targeting a narrowly defined group may nevertheless have broader impact as the affected individuals influence those around them. As data on social linkages become more prevalent and accessible, we expect additional insights benefiting public health will be learned. 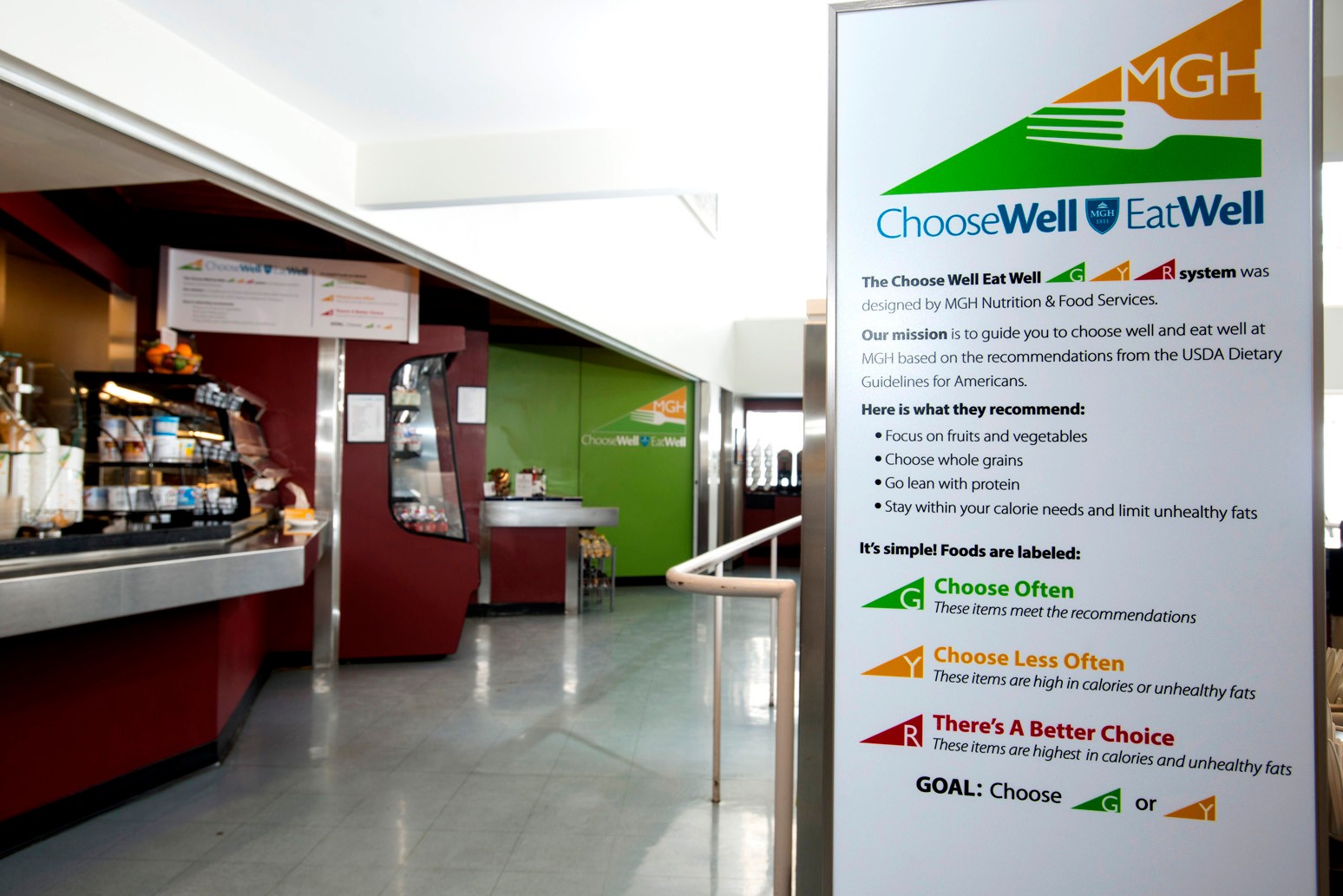