Have you ever wondered what changes occur inside babies’ brains when they first begin to sense the physical world around them? When babies open their eyes and see their parent’s faces, or hear their caregiver’s voices, they must grapple with the colossal task of making sense of the physical world around them. As adults, our brains are well organized into efficient systems that enable us to perform sensory-motor tasks automatically.

Primary sensory-motor areas are the cortical gateway to sensory-motor processing streams in the brain. Information travels from primary to higher-level areas along a processing hierarchy resulting in meaningful visual, auditory, somatosensory, or motor percepts. This large-scale transfer of information is driven by microanatomical mechanisms at the cellular and molecular levels in the brain. Strengthening of fiber connections to improve communication between brain areas, generation of insulating sheath around nerve fibers for faster signal conduction, and pruning of synapses to fine-tune electrical signals, are some of the micro-level tissue changes that occur in the brain to facilitate sensory and cognitive skills. Even though sensory systems work like well-oiled machines in adults, we know very little about how their microanatomy shapes during the early days of infant life. In fact, until recently it was presumed that the primary sensory-motor cortex is developed at birth.

Advanced quantitative neuroimaging methods enabled us to obtain quantitative metrics in the brain in a non-invasive manner. They allowed us to study how the brain’s cortical tissue develops with age. Quantitative magnetic resonance imaging or qMRI provides a metric called T1 relaxation time (measured in seconds). This metric is inversely related to tissue microstructure, which means that more dense tissue will have shorter T1. Hence, in our study, we used qMRI to test if tissue grows (predicting that T1 relaxation time will become shorter) or prunes (predicting that T1 relaxation will become longer) in sensory-motor cortex of individual babies from birth to 6 months of age.

Performing brain scans in infants requires a lot of patience and involves late-night scans. Babies are wriggly and asking them to stay still for an MRI experiment is not an easy task! So, to circumvent this, we collected qMRI scans in babies when they were asleep to minimize their motion, which allowed us to perform scans that are several minutes long.

We found that T1 relaxation time becomes approximately 15% shorter in duration in primary visual, auditory, motor, and somatosensory cortex from birth to 6 months. This indicates that sensory-motor cortices undergo extensive tissue growth during the first 6 months of life. This result was surprising as it implied that primary sensory-motor areas are not fully developed at birth.

Zooming into the visual system as a model, we examined development across two visual processing streams: one stream processes “what” (object) we are looking at, and the second stream processes “where” are the objects we are looking at. They are called streams as they process visual information in a hierarchical manner across a sequence of visual areas from low-level ones (starting in primary visual cortex) to high-level ones in the temporal and parietal lobes, respectively. The most exciting results came from the examination of these streams, as we observed that lower-level areas have shorter relaxation times (or more tissue at birth), but their rate of tissue development during the first 6 months of life is slower than higher-level areas, which develop faster. This implies that there is an innate hierarchy in the visual system at birth. Lower-level visual areas might act as a scaffolding for high-level areas that mature quickly to accommodate the growing expanse of a baby’s visual diet.

These results also caused us to investigate another interesting question: What are the biological underpinnings of this tissue growth in primary sensory-motor cortices? Answering this question can be challenging in pediatric samples. However, advancements in collecting transcriptomic gene databases in fetal and postnatal tissue samples allowed us to glean important insights. Using one such gene database (www.brainspan.org) that contains pediatric brain tissue samples, we found that the genes that are heavily expressed in postnatal (e.g., 4 months of age) compared to prenatal (e.g., 19-37 post conceptual weeks) primary sensory-motor tissue cortex are associated with myelin formation and synaptic processes. Myelin is a fatty substance made of lipids and cholesterol and acts as an insulating sheath around nerve fibers for electrical signals to transmit quickly and efficiently along nerve cells. Critically, loss or damage of myelin results in slowing down of electrical impulses in diseases like multiple sclerosis. Moreover, synaptic processes are useful for neuronal communication and fast point-to-point information transfer. Together, these observations suggest that cellular processes related to myelin and synaptic processes, which are critical for efficient nerve cell function and communication, are dominant in sensory-motor systems during early infancy.

Though it may seem as if newborns spend most of their days sleeping and dozing, it is clear from our MRI findings and transcriptomic gene analyses that babies’ brains are extremely busy growing cortical tissue, myelinating the connections, and building synapses in their sensory-motor systems. Our data show that contrary to earlier belief, primary sensory-motor systems are not fully mature at birth. We speculate that the postnatal hierarchical nature of brain development underlies the uniquely human capacity for learning and plasticity throughout human lifespan.

Although our knowledge of infant brain development is in its “infancy”, our findings and methods have a broad impact on understanding the intricacies of brain development during one of its most critical and sensitive periods in human lifespan. Not only can we track normative brain development in individual babies, but we can apply these discoveries for diagnosing developmental delays and disorders which will drive public and health policies and lead to better life-long outcomes in children. 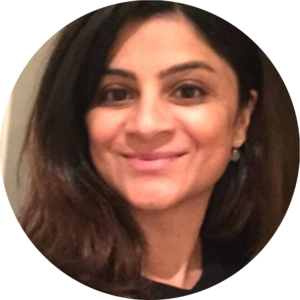