During social interactions, choices are more powerfully influenced by violations of emotion expectations (“I feel worse than expected”) than by reward prediction errors (“I received less than expected”). 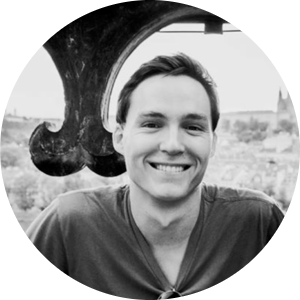 Imagine you are at the last stages of a job interview, negotiating over the starting salary with your prospective boss. You have a specific salary in mind, but their final offer is still lower than what you expected. Do you accept the offer or decline the job? Prominent models of decision-making characterize decisions like these in terms of reward prediction errors, the mismatch between what you expected to receive and what you actually got1. Indeed, a rich body of work shows that reward prediction errors enable people to learn about their environment to facilitate adaptive choices2,3.

Even if you lowered your expectations about the salary, the negotiation itself may have left a bad taste in your mouth. You may have expected a collegial discussion, only to find that your prospective boss was combative when it came time to discussing salary. In addition to the reward prediction error generated from being offered a lower salary than expected, your interaction with your prospective boss and the ensuing disappointment might make you want to end all negotiations. These violations of expected emotions—which we term emotion prediction errors—are often ignored in decision research. Even if emotion is acknowledged, it is often treated synonymously with reward.

To test the influence of reward and emotion prediction errors on social decision-making, we designed a set of online and in person behavioral experiments involving choices to punish norm violators. We asked people to play social exchange games with real monetary outcomes. In these games, people received an unfair monetary split from an anonymous partner. For example, when given a dollar to split, the partner may keep $.90 and only give $.10, a highly unfair split. People could then decide whether to accept this offer as-is, or else reject the offer such that neither person receives any money.

Emotions are difficult to measure, so we needed a tool that would allow us to precisely capture reward prediction errors. To achieve this, we developed a technique that measures real-time changes in two aspects of the emotional experience: valence, or the unpleasantness or pleasantness of a feeling, and arousal, or the intensity of that feeling, regardless of whether it was positive or negative5,6. People reported their emotional responses using a 2D valence-arousal grid (Figure 1), which allowed us to quantify their emotional experiences. We asked people for three key pieces of information before making a decision: 1) a reward prediction, or how much money they expected to receive, 2) an emotion prediction, or how they thought they would feel when receiving the offer, and 3) an emotion experience after receiving the real offer, allowing us to quantify the mismatch between expected and experienced emotions. We found that even when people correctly guessed how much money they would receive from their partner, they were more likely to reject the offer if they felt Even after testing for alternative models which ignored emotions or accounted for nonlinear evaluation of rewards, we found that models which included emotion prediction errors best explained the data. 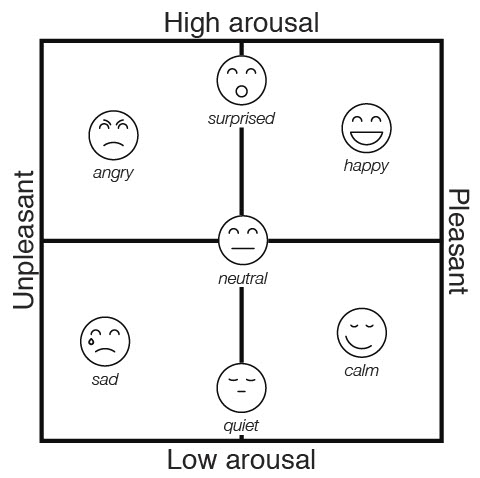 Figure 1: The valence-arousal grid used to rate their emotional experiences. Faces and words are shown here to provide a toy illustration of where common emotions might be rated.

We then wondered if we would see selective impairments in people’s use of emotion prediction errors if they met a clinical threshold for depression, characterized in part by reduced feelings of pleasure. Our findings showed that individuals at risk of depression used emotion prediction errors far less than healthy controls, but relied on reward prediction errors just as much as healthy controls. This has implications for what we know about depression and suggests that impairments of this disorder lie not in ability to process reward, but rather emotional processing.

Of course, emotions are not static but rather a dynamic process that unfolds over time. To characterize when emotions predict eventual choices, we conducted another experiment that tracked computer mouse movements as people interacted with the valence-arousal grid. When comparing emotional trajectories, we found that the decision to punish an unfair offer could be resolved in under one second in many cases. This finding highlights the speed at which emotions, and emotion prediction errors, bias future social choice.

Many questions still remain. How are emotion and reward prediction errors generated in the brain? Are there separate reward and emotion pathways that influence decision-making, or do they combine into an integrated value signal? How are emotion prediction errors recalibrated over time as we learn who to trust? Our emotions shape how we navigate a complex social world, how we choose to act, and how we learn about others and ourselves. Improving our understanding of how emotional experiences are processed, encoded in the brain, and refined over time is an essential part of understanding how we make decisions.