In a new study we report a new way to look at brain network dynamics using the mathematical notion of fractals. 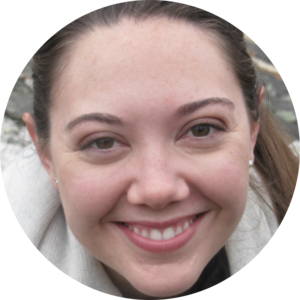 Neuroscientists have long known that different parts of our brains are specialized for particular tasks.  For example, the back part of the brain contains biological machinery that is adept at processing images, and the parts of our brains that are just underneath our temples contain structures that process sounds.  In general, low-level brain functions, like processing the firehose-like flow of information from our eyes, ears, nose, mouth, and touch receptors, tend to be relatively well-localized to small swaths of the brain.  By contrast, high-level brain functions, like keeping track of complex goals, or reflecting on your current situation within the context of your previous experiences, tend to involve coordinated interactions between many brain structures.  In a new study, published in Nature Communications, we developed a mathematical framework for describing how brain structures coordinate to support complex high-level thought.

Imagine listening to a sound that gets louder, then softer, then louder, and so on in a repeating pattern.  A brain structure responding to the volume of that sound might adjust its activity levels to track with the volume.  A similar correspondence might be found between the overall brightness of the room you are in and the activity of a brain structure that is responding to brightness.  Most of our everyday experiences are much more complicated than rhythmic changes in volume or brightness, but inside a laboratory it can be possible to measure which sets of brain regions seem to track with different patterns in people’s experiences, such as the appearance of faces, the magnitude of a given emotion, how useful or rewarding the thing in front of you is, and so on.  Each moment of an experience can be described as a weighted blend of different atomic elements, and one can attempt to characterize the mixing proportions of each element that different brain structures prefer.

When two brain structures seem to change their responses in similar ways, this is called a “functional connection” because it suggests that the aspects of someone’s experience that are driving the two structures could be similar in some way.  Inside the laboratory, scientists can map out the networks of functional connections between different brain structures that form and disperse when an experimental participant does a particular set of tasks.

We first looked at how these brain networks changed as a group of participants listened to a 10 minute story.  We noticed that each part of the story seemed to configure the brain into a unique profile of network connections that was similar across people.  Although these patterns of connections across the brain were incredibly complex, they were also highly structured in “fractal” patterns that involved sets of structures of different sizes, spread across the brain.

In a fractal image (e.g., Figure 1), you can zoom in and out without disrupting the overall structure of the image.  The brain network patterns evoked by listening to stories showed a similar fractal property: the network patterns in one set of brain structures were often repeated in other sets of structures in different regions of the brain and at different scales.

We also studied which brain structures were interacting to produce these fractal patterns.  This helped us to understand how repeating network patterns at different scales might allow our brains to weave a high-level understanding of what is happening from the fabric of our raw sensory experiences (Figure 2).  The smallest scale (first-order) interactions occurred in brain regions that process raw sounds.  Second-order interactions linked these raw sounds with speech processing regions.  Third-order interactions linked sound and speech areas with an analogous network of visual processing regions, as if constructing an imagined visual accompaniment to go along with the story’s words.  The largest-scale interactions (fourth-order) linked these auditory and visual sensory networks with brain structures that support high-level thinking.  When these networks organize at multiple scales, it may to open up a pipeline going from raw sounds, to speech, to visualization, to full-on understanding.

When people listened to the story, up to fourth-order network patterns provided unique fingerprints for each moment of the story, in a way that was similar across people (Figure 2).  When the people listened to scrambled versions of the story recording, where the paragraphs and words appeared in a shuffled sequence, the fractal structure of the brain’s networks was disrupted; only second or first order network patterns remained stable and similar across people.  This suggested that evoking the deep fractal networks the researchers measured when people were listening to the original story might reflect deep cognitive processing of the narrative.  When the narrative was interrupted in successively more severe ways (by scrambling the paragraphs and words), the brain’s networks were disrupted too.

Our research takes an important step towards characterizing the hierarchy of network interactions that spontaneously arise when people listen to stories, and introduces a mathematical framework for describing fractal network interactions at different scales.  These advances help to elucidate how the components of our brains coordinate and interact to make sense of a complex and ever-changing world.