Our study suggests that the spatial structures of modern cities do not only result from human resettlement, but in turn affect the intra-urban migration

There are many theoretical models explaining why both of these structures emerge (e.g., because of an increasing return to scale and transportation cost minimization). However, it is still not clear how the dynamic process of human resettlement causes formation of these structures, as well as drives their conversion across forms. At the same time, the mobility patterns, which affects the city’s economic productivity, greenhouse gas emission, epidemic spread and other characteristics important for sustainable growth, are different for monocentric and polycentric cities. Thus, a deeper understanding of the mechanisms which shape cities into monocentric or polycentric configurations can improve the existing approaches to urban planning.

Our goal was to analyze the data on internal migration in eight Australian capital cities (Sydney, Melbourne, Brisbane, Adelaide, Perth, Hobart, Darwin, Canberra), in an attempt to extract resettlement patterns that are capable of explaining why each particular city is polycentric or monocentric. For this purpose, we assumed that the intra-urban resettlement flows are driven by spatial variability in the so-called “attractiveness” of each suburb. Unlike traditional “hedonic” approaches, we did not assume any explicit model behind the suburb’s attractiveness (such as prevalence of family-oriented, commercial, or industrial areas). Instead, we estimated this attractiveness directly from the data. Such approach reveals actual residential preferences of people, rather than the subjective intuition of a researcher.

Despite being very flexible and containing large number of parameters, a baseline model did not provide an acceptable fit to the data. From this analysis, we could only conclude that the migration flow from one suburb to another does not actually depend on the spatial variability of the suburbs’ attractiveness.

What else then can potentially drive intra-urban resettlement? Following an extensive analysis of the dataset, we discovered something which might seem obvious, but has not received much attention in the urban science literature. The intensity of migration flows appeared to be highly correlated with the geographical proximity between the origin and the destination suburbs. Simply speaking, in most cases people relocate to suburbs that are close, rather than to “attractive” suburbs .

We were surprised by this observation: in modern cities it is easy to find accommodation in any suburb, including the “attractive” ones, and the cost of relocation is relatively low even for distant destinations. There may be several explanations for this. Firstly, attractiveness has a different meaning for different people, so there may not exist an “objective” measure of suburb’s attractiveness. In addition, people are generally averse to lifestyle change and loss of social connections, so they might not want to relocate far from the places with the “right” vibe.

In fact, distance-dependent patterns are documented in many other social contexts, such as daily commutes, international flights and cargo flows, and are known as the “gravity law”. So observing a similar pattern for intra-urban resettlement may not come as big surprise after all.

We extended our model, to take this observation into account. The new model produced a much better fit to the data. Furthermore, the revealed attractiveness demonstrated now a clear spatial pattern. Notably, in the majority of the Australian capital cities, the “central” suburbs appear to be less attractive for residential migration, while the remote suburbs seem to attract a higher number of new residents. This result may seem counter-intuitive as the Australian cities have a fairly low population density (compared with European and Asian cities) and it would be reasonable to expect the opposite trend. Nevertheless, when having to decide between dwelling size and proximity to the central business district, many people tend to choose the former.

In addition, this analysis delivered another puzzle: it turned out that the quantitative indicator of aversion to the long-distance relocation (which we refer to as “relocation impedance”) has a similar value across all Australian capital cities, except for Canberra and Darwin. This required further investigation. We first thought this value may be related to the city size: Canberra and Darwin are relatively small cities. However, this happened not to be the case, as another small capital city, Hobart, was found to be more similar to Sydney and Melbourne rather than to Darwin or Canberra, in terms of the relocation impedance level. This was also the case for the small non-capital cities.

After examining other urban characteristics, we discovered that Canberra and Darwin are the only cities which can be classified as polycentric. Moreover, these two cities also differ from the others in their historical development. All other Australian capitals have gone through a “self-organized” development. During this evolution, these cities were growing around a distinct center. This was not the case for Darwin and Canberra. The current structure of these cities is a result of centralized governmental planning: a large part of Canberra was built in the period during 1961–1981, in accordance with government housing and developing programs, while Darwin was completely rebuilt twice: after WWII, and in late 1970s after Cyclone Tracy destroyed 80% of houses.

The main conclusion we draw from our study is that the existing spatial city structures do not only result from human resettlement, but in turn affect the intra-urban migration. In particular, it means that urban planning policy with a long-lasting effect on people’s lifestyle and habits must be adaptive and sustainable. We believe that similar patterns may exist in other countries which share similar urbanization paths with Australia, and that our cross-disciplinary study will facilitate research in this direction. 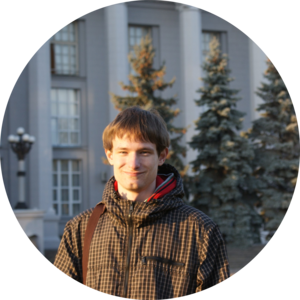 PhD candidate, The University of Sydney

Treating PTSD with MDMA-assisted therapy; a long time in coming
Contributor Nature Medicine
Behind the Paper

+1
Carlos Gomez Gonzalez and 1 other
Behavioural and Social Sciences at Nature Research
We use cookies to help improve your experience. By continuing to browse our website you are consenting to our use of cookies.
Learn more