Institutional norms can condition, constrain, and harness the productive potential of polarization.

We published “The Wisdom of Polarized Crowds” in Nature Human Behavior in the Spring of 2019. Immediately after its publication, I wrote a piece here at Nature on how our team approached and thought about the study. While my aim now is to reflect a bit on how the paper bears on the current state of polarization in politics, I also want to bring attention to the ways in which thinking about partisanship and norms of conduct has shaped and influenced some of the research my colleagues and I have pursued since, and what that research can tell us about the ways in which polarization contributes to collective progress in science.

In “The Wisdom of Polarized Crowds”, we observed that political polarization within teams can bring out points and arguments between members that sharpen, refine, and elevate the caliber of the content they can collectively produce and agree to. When teams weave together members with polarized worldviews, they tend to be of finer quality, systematically outperforming teams that braid together more like-minded members. This was a surprising result in part because meetings of polarized minds tend to be acrimonious affairs as evidenced by the snags, tears, and flames that characterize the current culture of partisanship. Far from serving to improve our collective capacity to manage and solve pressing challenges, polarization in the United States seems to have completely paralyzed our ability to control the spread of SARS-CoV-2, halt the surge of otherwise highly preventable deaths, and even accept the results of a free and fair election.

Our work argued that the key ingredients for harnessing the wisdom of polarized crowds are rigorous norms of respect and civility. That study focused on Wikipedia which has carefully cultivated an editing culture that cleaves strongly to the platform's norms even while individual editors may repulse and repel one another. In order for Wikipedia pages to produce high-quality content (and they do!), Wikipedia's norms of respect and civility, along with institutional content guidelines and active moderation, guide discussion along lines of content about which diverse editors can align and come to agreement, namely, substantiated, well documented facts. Harnessed and guided in this way, political polarization becomes powerful and generative of higher quality content. While we were, of course, pleased with the academic reception it received, my co-authors and I were thrilled to see the work featured as offering practical guides for the broader public. Scientific American showcased the paper as providing insights into the nature of scientific progress, Harvard Business Review for suggesting ways to improve productivity, and even CNN picked it up and featured “The Wisdom of Polarized Crowds” as a blueprint for how Joe Biden might work to heal and harness the deep divisions he’ll inherit as the next U.S. president. So, why does “healing the nation” or “reaching across the aisle” ring increasingly hollow?

Because the conduits carrying the norms of respect and civility that have long powered our national, collective discourse (in the media, on the congressional floor, from the White House, or your dinner table) have been systematically and unrelentingly targeted, dismantled or eroded in a process that started years ago and has accelerated at a breathless pace since we published the paper. These norms once made it possible for a divided and otherwise acrimonious government to, nevertheless, function in the service shared goals. Often, it has been these same beleaguered norms that the U.S. has relied on in its darkest hours and to which people point in moments of esteem for what has made the country great. And, without them, we are witnessing the seeming impossibility of marshalling the populace for a common cause. Nevertheless, the message of the paper was and remains that partisanship can be leveraged, it’s just that you need certain entrenched standards of conduct through which to route it.

But note that polarization does not appear only in politics and, just because the norms that once governed partisan interactions in the political and media spheres have broken down and led to chaos there, does not mean that they don’t function in their intended ways elsewhere. Wikipedia was a case in point, but so too is science (tone-deaf economists baselessly questioning the intelligence of epidemiologists working to fight COVID, notwithstanding). A moment’s reflection on the team that wrote the “Wisdom of Polarized Crowds” reveals that, even here, a kind of disciplinary or intellectual polarization was prominent: a mathematician, an information scientist, a sociologist, and a philosopher, each with their own sets of background expertise, knowledge, theoretical and methodological commitments, standards of accuracy - on and on. Working together has shaped the trajectory of our thinking over the last year and a half. My co-authors and I (both collectively but also individually) have turned our attention to other institutions in which norms operate and underwrite productivity and progress. As (an internally polarized) philosopher and social scientist, my interest is primarily in the institutions, practice, and epistemology of science. Here, too, certain norms (e.g. universalism, communality, disinterestedness, and organized skepticism) are operative and certain divisions (e.g. disciplines, fields, subfields) and oppositions (e.g. theoretical and empirical frameworks) exist, exerting forces on what we can collectively discover, certify, and be said to know.

As a result, three projects (all either in review or nearing submission) have emerged, each sharing a common theme in grappling with the effects of intellectual, social, and epistemic diversity on the production and consumption of scientific knowledge. In an empirical project, James Evans and Feng “Bill” Shi argue that, rather than within homogenous contexts and between homogenous researchers, the most remarkable achievements in science come about across diverse interactions of individual researchers with distant intellectual contexts. This work attributes the emergence of the most surprising discoveries to odysseys in which thinkers voyage into the questions and problems of distant disciplines. In theoretical work, Eamon Duede (that’s me) and Evans argue that the raw material for breakthroughs is synthesized through conversation between those who are committed to the theoretical first principles of a particular scientific field and understand its anomalies — its insiders — and those exposed to alien and disruptive patterns, theories, and findings that could resolve them — its outsiders. We argue that composite, sustained interactions between those with divergent, intellectually polarized backgrounds define a social logic of surprise and discovery, catalyzing speculative hypotheses with outsized impact across science. Finally, in my empirical work with Evans, Misha Teplitskiy, and others, we show that intellectual polarity alone is insufficient for transmitting scientific influence. Rather, an interaction of intellectual diversity with (surprisingly) geographic and institutional homogeneity serves to actuate channels for the greatest and most sustained influence. And, bringing things full circle, it is this geographic and institutional homogeneity that, when sufficiently structured, serves to fix the norms of investigation within the institution, providing the substrate through which diverse, intellectual and epistemic perspectives are occasioned to collide, sparking insight and creative advance.

Depending on the context, the key issue is whether the norms which structure interactions and conduct are agreed upon, respected, and adhered to. In the case of scientific practice, Bourdieu’s concept of habitus is useful as it suggests a depth of cultural understanding and practice only acquired through “growing up” within science. The extended apprenticeship of undergraduate, graduate, and post-graduate experiences in science extends more than a decade and entrains the initiate’s expectations to not only a field’s theoretical and technological expectations, but also the norms that support its shared aims, its manner and structure of internal dialogue, discourse, and debate. To be a member of the scientific community, like a member of the Wikipedia editing community, or a religious community is to structure your actions and behaviors in accordance with the norms of those communities regardless of the views you hold on the issues that these communities take on. When those norms break down or are not agreed or adhered to, it becomes increasingly difficult to cooperate, increasingly difficult to point to the collective and say “we”. Yet, absent this, little else follows.

In societal governance, we're seeing that unbridled polarization is like attempting to stable an unbroken horse: it’s liable to kick you, knock over the lantern, and burn down the barn while your neighbors stand helplessly and watch. But, polarization is everywhere, not just in politics. There are just so many ways to disagree! Yet, we’re finding that, saddled with a common set of norms that condition, constrain, and sustain the interactions that otherwise typify a common context, polarization can be put to highly creative and generative work both in science and society at large. In order for this to happen, however, organizations and institutions must ride out to meet the antecedent challenge of developing, protecting, and restoring those very norms. 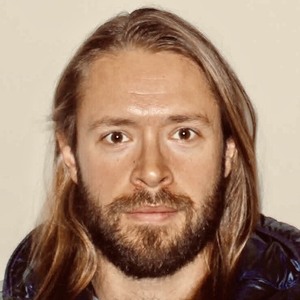 Wilma A. Bainbridge
Contributor Nature Climate Change
After the Paper

David W. Lawson
A year into my first study about the firearm ecosystem
Contributor Nature Human Behaviour
After the Paper