We’re in the middle of January 2021, and something unprecedented is about to happen. An online community on Reddit is on its way to becoming one of the most discussed and popular topics worldwide, and for a very good reason.
Antonio Desiderio, Anna Mancini, Riccardo Di Clemente & Giulio Cimini
4 contributors
Like Liked by Sorrel Bunting and 5 others
0

Social media platforms provide a major avenue for people to connect, share opinions, spread and process information. Among the possible social networks out there, we have Reddit: a public discussion website organized as a forum of forums, called subreddits, each dedicated to a specific topic. If you’re not familiar with Reddit, check out r/aww where you’ll be able to enjoy lots of wonderful pictures of animals. As soon as you get into it, and start digging deeper into these subreddits, you will surely bump into one in particular called r/WallStreetBets. The hallmarks of this community are the irreverent jargon and edgy humor used while sharing and discussing high risk trading strategies, as well as personal gains and losses. This subreddit will, in fact, be the focal point of the event we’re about to narrate.

It all starts with GameStop, a notable video game retailer which was struggling due to competition from online stores and the closure forced by the outbreak of COVID-19. Its price was declining and this led many investors to short sell the stock, meaning the more the price would drop the more profit they would make. This is where WallStreetBets comes in: some users started sharing their investments in the company, believing it to be undervalued and increasing its popularity among the community. Soon enough a decision was reached unanimously by the users, buy GameStop shares and hold on to them, with the final objective of initiating a short squeeze, an increase in price due to excess of demand and lack of availability of GameStop shares.

The considerable number of people who joined in on this operation contributed to its accomplishment, with GameStop’s price rocketing from less than 3$ to over 400$.

In our study we draw on reality and make one fundamental hypothesis: people tend to copy each other. The use of social media and the internet fosters and favors this imitation process, allowing everyone to share their opinions on these accessible and widespread tools, making it extremely easy to align users on a certain notion.

We can divide those that mainly affect us in three groups:

We proposed a model to capture this mechanism where an individual’s opinion is formed both locally and globally, and we compared this kind of behavior with the dynamics that took place on WallStreetBets, the main character of our story. In this Reddit community a specific opinion started prevailing, reaching a large-scale consensus which in turn led to a significant impact on stock market trends: BUY AND HOLD GME.

We analyze the structure and activity of the community and see how it evolves from September 2019 up until January 2021, finding an increase in the number of users, number of comments and activity of single users. To quantify the growing popularity of GameStop we first look at the occurrences of the stock ticker “GME” within comments and posts, and see how it becomes more frequent as we approach the short squeeze. We also look at the sentiment associated with those comments that mention “GME”, as an indicator of the users’ opinion towards the operation. Both these quantities show a considerable growth before the actual short squeeze took place, and can be considered as early warnings of the fact that a positive opinion was starting to prevail concerning the buying of GameStop shares.

To qualitatively describe the phenomenon observed our model simulates a situation where an individual’s opinion is influenced both by the close and the many. In this particular case, the larger the number of users that are committed to the short squeeze, the easier it is for an undecided user to take part in the short squeeze as well, thus resulting in a quick transition towards a state where all users are participating actively in the operation.

With this exceptional event we have witnessed the power of social media, that when coupled with mobile trading apps entrusted small investors with the strength to influence Wall Street. The GameStop short squeeze has been the first of its kind, but not too long after users on WallStreetBets initiated other market rallys of AMC Entertainment Holdings, BlackBerry, Nokia… and let’s not forget the one in the making of Bed Bath & Beyond!

Our work provides an insight on the online processes concerning large scale consensus formation, starting from an hypothesis of peer imitation we build a model able to mimic the dynamics of WallStreetBets that ultimately led GameStop… to the moon🚀. 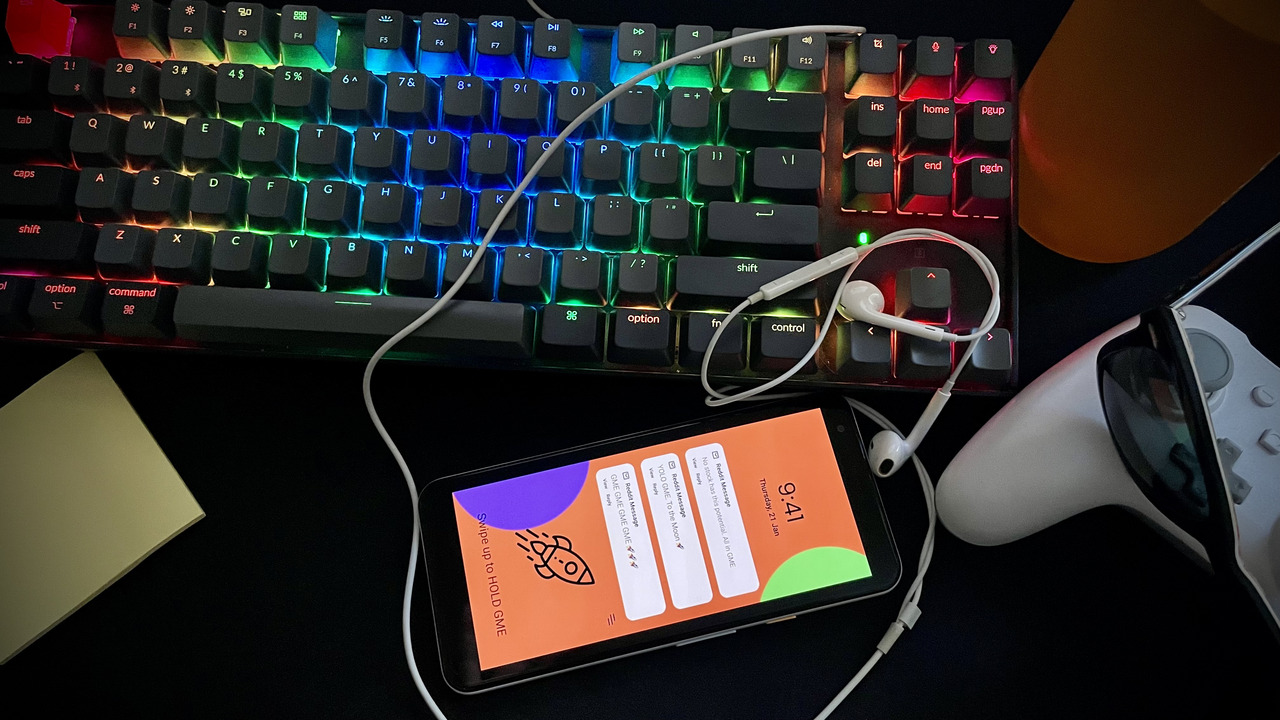 We’re in the middle of January 2021, and something unprecedented is about to happen. An online community on Reddit is on its way to becoming one of the most discussed and popular topics worldwide, and for a very good reason.