Religion encompasses a multitude of beliefs, practices, and institutions across human societies. Like other aspects of culture, some of these elements of religions are preferentially transmitted and retained through generations. The field of cultural evolution attempts to understand how cultures change over time through this process of descent with modification. In particular, the phylogenetic approach in anthropology applies methods from evolutionary biology to model cultural variation across societies while accounting for shared history. Cultural phylogenies usually represent the history and splitting events of human societies into different linguistic groups. However, they can also represent the relationships and branching of other cultural traits and groups, such as archaeological cultures, textual and oral traditions, and religious denominations.

When deciding a topic for my MSc dissertation at University College London in 2017, I wanted to combine a longstanding interest in Islamic history from my undergraduate studies with cultural evolutionary theory and methods. This led to a dissertation in which I constructed a phylogenetic tree of Islamic traditions using secondary historical sources. Together with Professor Ruth Mace, my MSc advisor at UCL who is an expert in cross-cultural phylogenetic methods, and her PhD student May Zhang, who also works with phylogenetics and studies cultural extinction, we examined the cultural evolution of afterlife beliefs among historical Islamic sects. A major area of research in cultural evolution is how religious beliefs and practices spread and interact with other social institutions to promote group-level cooperative behaviour. Although this research often emphasizes the group bonding aspects of religious rituals and signalling, we wanted to explore the causes and consequences of particular religious beliefs. To do this, we used sources on Islamic history to create a dataset of afterlife beliefs and political actions for the groups on the phylogeny. We then tested for correlated evolution between two different beliefs- belief in reincarnation and belief in the imminent apocalypse- and revolutionary action, religious violence, and political quietism.

Our results indicated that groups were more likely to adopt beliefs in an imminent apocalypse after revolutionary actions had taken place. They also indicated that groups with apocalyptic beliefs may have been likely to go extinct more quickly. Rather than a driving role for religious beliefs, our results emphasized the importance of social and political contexts in encouraging both the spread and attractiveness of certain beliefs and associated actions by religious groups, which could then reinforce each other.

Constructing our dataset would not have been possible without the detailed and careful scholarship on primary sources by researchers in Islamic and religious studies. While we built an effective model for our chosen research questions, the groups we considered were dynamic and internally heterogeneous with fluid and overlapping boundaries, and models of cultural history such as phylogenies necessitate simplification of such diversity. We hope that others will revise and build on our work, both with Islam and other religious traditions, and do so in collaboration with historians and scholars of religion. 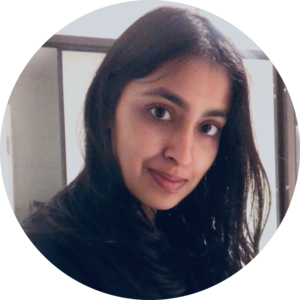