For about a year and a half, during the pandemic, the general population has heard the term “listen to the science.” But what does that term mean and how can communicating science to skeptical audiences move forward in a post-COVID world?

For about a year and a half, during the pandemic, the general population has heard the term “listen to the science.” But what does that term mean and how can communicating science to skeptical audiences move forward in a post-COVID world?

While there are people who do believe in science (and not only when it pertains to COVID), or climate change, there are others who don’t.

Whether you are a scientist, in the government, or anyone else working around science, The American Association for the Advancement of Science says there are perhaps better ways of communicating science to skeptical audiences easier, but it will take some work.

One writer suggests it’s more than just “dumbing it down.”

The author, Soph Arthur, suggests one way to address skeptics is to know the audience you are trying to reach trying to tell a story as it relates to science.

“…. rather than talking people through each technical step of your protocol, embrace the art of storytelling and share the journey that your proteins are going on.”

She says there is no such thing as a “general audience,” and as a scientist, or whoever is trying to get across the point you “must know who you are speaking to.”

“Once you know your audience, you can work out what parts of your research are going to be most relevant to them and highlight that.”

She adds you should be leery of adding too much “jargon” and too many details to skeptical audiences and ask if they really need to know all the techy stuff.

Instead, talk and explain in layman's terms so they can understand.

Another good way to address skeptical audiences is to use an analogy that may make a difficult subject easier to understand as well as relatable to something they have experienced in their lives.

By using an analogy that is familiar to people can cement a take-home message in their minds even more.

Other ideas include using props and a lot of images to make a point and help keep the audience from falling asleep and/or losing interest.

Another article on the topic of communicating science to skeptical audiences says to try and not overload the audience with techy phrases or TMI -- too much information.

Author Matt Shipman’s abstract, “Communicating Science to Skeptical Audiences,” writes, “Madhusudan Katti, an associate professor in NC State’s Department of Forestry and Environmental Resources, stressed that everyone’s value system is important to them, and getting that system to change overnight is unrealistic.”

And lastly, while this suggestion may seem odd, Shipman writes John Hardin, executive director of the Office of Science, Technology, and Innovation in the North Carolina Department of Commerce, suggests becoming more familiar with a community if you’re in the science field.

“… try stopping at local gas stations and restaurants to become familiar with the community. Hardin says he strives to be not only a political figure but also a friendly neighbor who knows the faces of the community. By learning community values and becoming another face in the crowd, scientists can lend more credibility to their fields of science, which will begin to break some of the barriers of those who are skeptical.”

Adding to Hardin’s suggestion, Jamie Vernon, director of science communications and publications at Sigma Xi, suggests all scientists, “become a science node in your community,” integrating with the members of the community and sharing science from within, rather than trying to shove science into the community as an outsider. Science benefits when communities understand that scientists are regular people, not an elite crew of folks in a lab somewhere – and skeptical audiences become less difficult to reach.” 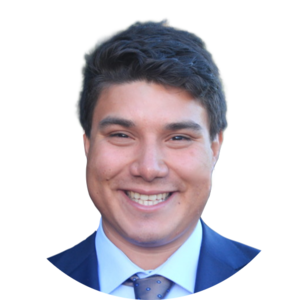 I'm a PhD candidate in Social and Behavioral Sciences. I am interested in the connections between policy, leadership and organizational structures. I hope my research can help optimize the organization of healthcare to promote effective care among the underserved and vulnerable populations.
Follow
Behavioural and Social Sciences at Nature Research