In this article, we discuss how moral foundations can influence adherence to vaccination and the need for political leaders to promote collective actions to deal with antivax movements. 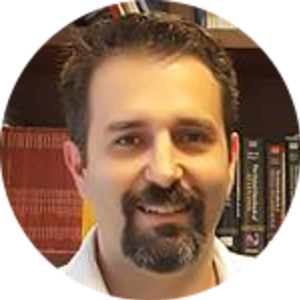 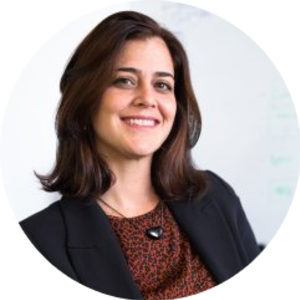 In the midst of the greatest pandemic of our generation, many scientists are working hard to find a vaccine. Only with mass vaccination will it be possible to achieve the so-called collective immunity. However, some people argue that individuals should be free to decide whether or not they want to be vaccinated. In Brazil, President Jair Bolsonaro said: "no one can force anyone to be vaccinated" and his government's communications department published an advertisement with the words "the government of Brazil values ​​the freedom of Brazilians." Unfortunately, this kind of message finds resonance in part of the population. A study by Amin, Bednarczyk, Melchiori, Graham, Huntsinger and Omer (2017) showed that liberty is a highly valued moral foundation in people with an anti-vaccine perspective. In this article, we discuss how moral foundations can influence adherence to vaccination and how vaccination campaigns can improve their communication. This discussion will be illustrated with the current Brazilian scenario since it is one of the countries that leads the world in the number of cases and deaths by COVID19.

After spending months denying the seriousness of COVID-19 and producing with public resources a medication tested and proven ineffective against the disease, President Bolsonaro strategically starts a new controversy: liberty would be above vaccination. We use the word strategy because any action or speech by an official authority has a public nature, therefore, interested in sending some type of public message.

This message starts to resonate and gain momentum in the public debate in Brazil. One of the central elements of the message is the idea of ​​preserving and guaranteeing individual liberty. The concern with freedom related to vaccination is not exclusive to Brazilians. In fact, these ideas did not come from here. They are part of a process that takes place in various parts of the world and challenge modern societies based on scientific knowledge. This type of thinking rests on an idea of ​​the so-called anti vax, groups opposed to the mass vaccination of the population. Among other reasons, there is the assumption that groups of individuals can deny being vaccinated because they believe that compulsory immunization would restrict their individual freedoms. After all, who would like to have their liberty curtailed?

Amin, Bednarczyk, Melchiori, Graham, Huntsinger and Omer (2017) captured this relationship between people opposed to mass vaccination and the greater concern for liberty (and also purity). The authors departed from Graham and Haidt's model of moral foundations that describes morality in the following domains: Care, Authority, Purity, Justice, Loyalty and Liberty. By common sense, we tend to think that care would be the moral foundation that guide people's decisions towards greater support for the population's vaccination. As a result, many campaigns emphasize health people’s care in their messages. However, what this study has captured is that the moral foundations of Liberty and Purity weigh far more in the choices. Some politicians seem to have picked up on that idea and have put much emphasis on these liberty in their messages.

When we hear from Brazilian government officials, like the president himself and his vice president, phrases like “no one can force anyone to be vaccinated” and “there is no way the government - unless we live in a dictatorship - force everyone to get vaccinated”, shows that these leaders saw fertile ground for a new populist enterprise. But why call populist the arguments that defend liberty? Because it is an argument built on a false premise and which aims to strengthen the President's popularity and not exactly the Liberty of people. This type of public pronouncement by national leaders legitimizes individualistic behavior using the false premise of individual freedom, when in reality collective freedom suffers restriction and risks. The argument of the individual over the collectivity implies the fragile control of diseases - see the reappearance of diseases that humanity had already eradicated. It is the collective efforts that will guarantee the full exercise of freedom.

Collective efforts can be seen around the world. Bureaucracies and governments have been organized in a way to reduce the damage caused by infectious diseases. Recently, WHO (World Health Organization) announced the eradication of polio in Angola. An excellent achievement for humanity. Just like the Angolan example, the world has evolved with public policies aimed at reducing diseases and their damage to their populations. All this effort reveals the action of governments to provide health policies to the population. In the case of the new coronavirus, several research centers in the world have announced successful responses in the development of vaccines capable of containing it, making it possible for one or a few to appear soon. National and international governments and health authorities, in turn, are organizing themselves to enable the distribution of immunizers on a global scale, with a view to the possibility of successful research. It is this global and collective effort that will allow us to get out of this pandemic.

There is an extensive literature that addresses the emergence of health policies in modern societies. Sociologist Abram de Swaan developed important research in which he dealt with the production of collective goods in different countries in Europe and in the United States. Epidemics would have, in their findings, privileged spaces for elites to organize themselves in favor of the collectivization of services aimed at fighting the virus. The reasoning is simple: for fear of being affected by contamination, and consequently having damaged business and ultimately becoming ill, the various groups of elites come together financially and structurally to bring the solution to everyone, including, of course, their own. We are watching this happen in the world. In many, many decades of history, we have not seen so many groups, so many institutions and nations strive to find the immunizer that fights COVID-19.

Since it first appeared in the city of Wuhan, China, the COVID-19 virus has quickly become pandemic due to its transmission capacity. The virus traveled across the globe in less than four months, leaving a trail of problems in the health systems, economy and politics of several nations. The virus has caused problems in almost all affected countries and the year 2020 has been a challenge of enormous proportions for national leaders who are looking for ways out to fight the pandemic. The main problems encountered were the sharp fall in the countries' GDP, rising unemployment, growth in government spending and historic pressure on public and private health systems. However, countries whose government responses to the pandemic were fast showed less damage and less severity than those with a slow response or who denied the severity of the virus. The latter not only made the crisis worse, but much longer. Let’s look again at Brazil.

Brazil is among the first countries with the highest death toll. And it's not over yet. Its GDP decreased by 10% and for the first time in history Brazil has more than 50% of the formal and informal workforce unemployed. In addition, in almost six months of an uncontrolled pandemic, Brazil has reached the devastating mark of more than 132 thousand deaths. After months of average daily deaths of around a thousand people, only now is there a reduction compatible with the deceleration of contamination.

The unprecedented situation of COVID-19 in Brazil added to the speeches of public authorities such as the president and his vice president show a serious situation in the country, i.e. the disease itself is not the only obstacle to be overcome - there is a behavioral challenge to be surpassed. The discussion on vaccination deserves to be extended beyond the epidemiological and health dimensions, but also those related to social and cultural values. The Brazilian Republican Constitution itself says that the public entity is obliged to vaccinate the population: “Law No. 13.979, of 6/6/2020 Art. 3 For coping with the emergency (...) the authorities may adopt (...): III-determination of mandatory performance of: d) vaccination and other prophylactic measures ”. The law is correct because it establishes the protection of the collective over the individualistic impulses or political maneuvers. Political leaders should foster collective actions: freedom is only guaranteed with the exercise of collectivity.

The price of prosociality in pandemic times
Contributor HSS Comms
Behind the Paper, COVID-19, Research Digest

+3
Agustin Ibanez and 3 others
Mental health concerns during the pandemic as revealed by helpline calls
Contributor Nature
Behind the Paper, COVID-19