In a BBC wildlife documentary a fascinating clip shows how five male chimpanzees hunt a group of much faster colobus monkeys using cooperation and tactics. Filmed partly with infrared camera from above, it suggests that each individual chimpanzee has a highly specialised role in the hunt. Apart from tactics and cooperation it is evident that the hunters are able to quickly change their behaviour when the situation unfolds in unexpected ways. They dynamically adapt to the new situation and proceed with the hunting until the kill has been made.

Such behavioural flexibility must be associated with a cognitive flexibility on an information processing level and seems to be a prerequisite for reaching an overall goal in a constantly changing environment. Especially, when speed is high and the information load large, it is of essence to be able to quickly regulate the information flow in the brain.

Top-down regulation of behaviour has been studied for decades. Especially, executive functions have been in focus and include a set of abilities such as attention, behavioral inhibition, working memory and cognitive flexibility. On a theoretical ground the need for such regulations should be especially high in complex and quickly changing environments, as described above.

The capacity of different executive functions seems to be normally distributed in the human population. This is mirrored in a dimensional spread of sub-clinical and clinical symptoms associated with top-down dysregulation. It has for example been suggested that individuals diagnosed with ADHD belong to the lower tail end of this distribution, where the executive function capacity is so low that functional impairments become evident. However, while much research has been performed on such clinical states, less is known about the other higher end of this normal distribution.

My PhD-student, Torbjörn Vestberg, wanted to study conditions where above normal executive functions could be expected to have a decisive role on accomplishing a goal and that were mimicking an environment where such regulatory functions might have developed through evolution. One original idea was that ball sports, such as soccer, actually include many of these components from experimental point of view. The link to the hunting pack of chimpanzees is evident. The soccer players need to cooperate in a team, they have specific roles and have a goal with their play.  As in the hunt, the situation is unfolding quickly, the information input per time unit is large and the need for fast dynamic adjustments is obvious. Finally, the stakes are high in both situations.

In research aiming to understand human cognition it can be fruitful to investigate analogies to evolutionary highly conserved behaviours. As an example, we have previously developed human experimental models that focus on the active fear state associated with flight behaviour (called circa-strike phase) in animals under great threat, which may relate closely to panic attacks in patients with severe anxiety. The key in our study on active fear was to construct a condition that closely mimics the context in which the behaviour naturally occurs.  Regarding testing the role of executive functions in human behavior, we already had a perfect experimental condition where such cognitive regulatory processes seem to have an obvious impact, i.e. soccer.

Our first study on this theme was an extension of Torbjörn Vestberg’s master thesis, where we showed that elite soccer players out-perform sub-elite soccer players in an executive function test called design fluency. In this visuospatial test several executive function sub-components are used simultaneously, but cognitive flexibility and creativity are especially important. Amazingly, not only did the elite players perform better on design fluency, the differences in test results were also able to predict the number of goals and assists the players made the subsequent years.

Figure 1. While both the elite soccer players that had played for national teams (NLP) and those elite soccer players that had never played for any national team (PLP) were significantly better than the norm in design fluency, NLP were better than PLP overall and specifically in the third subtest that had most requirements on cognitive flexibility (DF3). Both overall results and DF3 also correlated with coach rated game intelligence.

In the present study, we conceptually reproduced the findings at a higher level of play by showing that elite soccer players that had played for national teams significantly outperformed those elite soccer players that had not played for national teams on the same test of design fluency. Moreover, we showed that coach rated-game intelligence of the different players, i.e. an external judgment of the player’s ability to read the game, correlated with the test result  - as did number of made assists during the season. The study suggested that especially cognitive flexibility is of key importance in elite soccer (Figure 1). Since elite soccer players do not have much time to spare for being research subjects, the performed studies were relatively small and have several limitations. Larger multicenter studies are therefore warranted. However, our studies offer the first insights into possible key cognitive mechanisms that could be tested on a larger scale.

Overall, soccer is an excellent platform for studying human behaviour given that it both has an ecological validity - evident in the close resemblance to the wildlife documentary of chimpanzees shown in the beginning of this article  - and that it has tight constraints on rules, space and time. In fact, the spatially defined area of a soccer field where freely moving human agents act, resemble to the rigorous testing conditions that have successfully been set up to study experimental animals, such as the studies of place cells that lead to a Nobel Prize in 2014. Similar possibilities are already present in professional soccer with the use of different tracking systems of each player where big-data can be gathered for further analyses. Combining these systems with experimental testing of specific executive function capacities may greatly improve our knowledge of human cognition in general and executive functions in specific – and thereby possibly understand an evolutionary conserved behaviour.

Image by J. Ketelaars from Pixabay 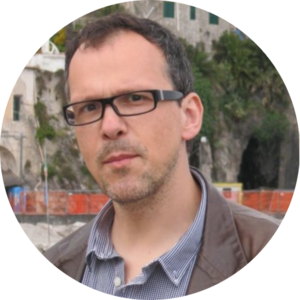