The 2020 American presidential election was held last week and the world watched closely how Americans turned out to vote as never before. The 2020 American presidential election reminds us that when people go to the ballots to vote in elections, they perform a key action in democratic politics: Without citizens’ active political participation in elections representative democracy loses both legitimacy and effectiveness. Yet there are large disparities in voter turnout both in the general population and in the sub-populations that are most vulnerable to political exclusion and alienation such as individuals with a psychiatric diagnosis (e.g. ADHD, depression, autism, bipolar disorder or schizophrenia).

With this project we wanted to advance understanding of the fundamental question of why some individuals turnout to vote while others opt out. Specifically, we tested the prediction that the genetic variance that predicts educational attainment and intelligence test performance, respectively, predict individual differences in electoral participation. A long line of research in the social sciences argues that time, money and cognitive investment constitute key ‘resources for political participation’ and studies show that education and cognitive test performance represent key predictors of political participation. Yet research in behavior genetics also consistently demonstrates that individual differences in voter turnout are clearly linked to genetic variation. However, it remains unclear how genes and voter turnout are linked. Hitherto the classical social science and the behavior genetic paradigms of voter turnout have been relatively unintegrated.  Our ambition was to bring together these key literatures to advance understanding of the roots of individual differences in voter turnout – both in the general electorate and among individuals with a psychiatric diagnosis.

We joined forces in an interdisciplinary team combining deep expertise in behaviour genetics and voter turnout as well as knowledge on the psychological and somatic dynamics that can lead individuals with a psychiatric diagnosis such as ADHD, depression, autism, and schizophrenia to abstain from voting in elections. The initial meetings definitely did involve learning of different ways of thinking across disciplines to develop ‘a social science genetic approach’ for the project. Yet, the meetings also highlighted that our interdisciplinary team could develop the research project to a much higher level than what we could achieve with a mono-disciplinary research group.

In our article, we report the first genome-wide complex trait analysis of the heritability of individual-level electoral participation. Importantly, using Danish individual-level turnout data collected directly from the administrative records at the polling place we also show that the genetic variance that predicts individual differences in educational attainment and performance on intelligence tests, respectively, also predict individual differences in voter turnout. We show this using both a nationally representative sample and a population sample of individuals diagnosed with anorexia, schizophrenia, mood disorders, bipolar affective disorder, autism, and attention-deficit/hyperactivity disorder. Still, as we discuss in the article our results are correlational and we are not able to draw a causal interpretation.

The insights from both our collaboration and the research results warrant further research in social science genetics. They highlight that the integration of the social science and behavior genetics paradigms of voter turnout generates important new insights on linkages between social and political inequalities in both the general population and among the subpopulations that are most vulnerable to non-voting such as individuals with a psychiatric diagnosis. 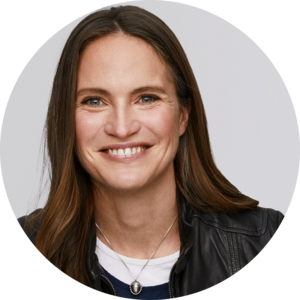