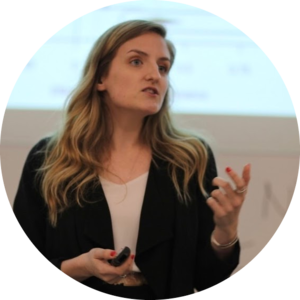 Social media can present a warped picture of the world where everyone is passionate about their work, jet setting around the globe on luxurious vacations, and maintaining perfect workout routines. Keeping up with that idealized world can be in tension with how we’re really feeling, particularly during a psychologically challenging time like the Covid-19 pandemic. To make matters worse, apps like FaceTune make smoothing out a blemish or hiding dark circles a click away from reality.

Across the world, over 1.6 billion people log on to Facebook each day. They have a choice to make about how they want to share themselves with their friends. They are not merely choosing to post a status or click on the “like” button; they are making a choice about which version of themselves to share. Are they indicating the type of person they are in their normal, everyday life, or are they communicating about the type of person they wish they could be? Users may decide to post updates and like things that showcase who they truly are, or they may attempt to show a different type of personality.

In our paper, out today in Nature Communications, we were inspired by people who are authentic on social media. Celebrity examples include Chrissy Teigen who recently shared the heartbreaking news of the loss of her child halfway through her pregnancy and Dax Shephard who publicly shared his relapse after 16 years of sobriety with millions of followers. We wanted to know, what are the psychological implications of choosing to present yourself in a way that is authentic, rather than idealized on social media?

We hypothesized that users who post in a way that is authentic rather than idealized would have greater subjective well-being. In order to test this, we first began with a sample of over 10k Facebook users. Building on recent advances in computational psychology, we merged a dataset of self-reported personality from the MyPersonality project with predicted personality models of those same users from two published papers (see here, and here). We were then able to compare an individual’s self-reported personality based on the Big Five personality traits - extraversion, agreeableness, conscientiousness, emotional stability, and open-mindedness - to a user’s personality presented on Facebook.

Next, we calculated the inverse distance between these two points as a measure we dubbed “Quantified Authenticity”. For example, someone who is high on Quantified Authenticity would be someone who self-reported being high on openness to experience, who liked Facebook pages such as “Travel Junkies” and who posted a status update describing a new artistic interest they had picked up. This measure is a novel contribution of our paper, and was motivated by authenticity research which has struggled with how to measure authenticity, as self-reported authenticity (i.e., asking someone “how authentic are you?”) can be biased by morality or social desirability.

In Study 1, we found a positive correlation between Quantified Authenticity and Life Satisfaction, an important component of subjective well-being. We also wanted to test if people with socially desirable personality traits benefited more from authenticity compared to others. We did not find conclusive evidence of this, rather it seems that the link between authenticity and life satisfaction was available to everyone regardless of personality type. This is good news for those of us without perfectly socially desirable personalities!

Given that Study 1 was correlational, we conducted an experiment in Study 2 with a sample of college students. Students were randomly assigned to post in a way that was authentic (based on their personality), or idealized for a week. The next week they switched. While we didn’t find a significant difference in the first week, there was a difference in positive affect and mood during the authentic week at the within-person level. This suggests that there is a causal relationship between authentic posting – contrasted with idealized posting – with aspects of subjective well-being (positive affect and mood).

Behind the scenes, our original plan was to conduct Study 2 in waves until we recruited 200 students. However, our research lab at Columbia Business School, as well as most of New York City began shutting down due to Covid-19 in the middle of the study and we had to cut it short. Since then, we’ve seen in our own lives how social media has only grown in importance, keeping us connected even at a distance.

Ultimately, our paper raises a host of new questions that we hope future researchers will run with. First, is authentic social media use better than no social media use at all? How do editing behaviors like FaceTune impact our self-view, given that we know individuals are positively biased in the way they see themselves? Finally, while on average, we find that there are benefits to being authentic on social media, it’s not necessarily something that is available to everyone to the same degree, either from organizational or social constraints. How do social structures prevent us from sharing our true selves? Answering this question can help us use these tools to connect with one another in a way that is genuine, real, and fulfilling, something desperately needed in these challenging times.