Behind "The Diversity-Innovation Paradox in Science"

This text was jointly written by Bas Hofstra & Daniel A. McFarland

The idea for our recent PNAS paper, The Diversity-Innovation Paradox in Science, came to us end of 2017. We reflected on (a) the inequality in science careers and (b) the nature of scientific facts. We thought that the valuation of novelties, facts, or objects should not correspond with group characteristics, but if it did it, it could relate to career gaps.

We started with a basic intuition in the philosophy and sociology of science, that scientific knowledge is partly characterized as a network of ideas or concepts, reflecting what we mean or understand. This perspective on scientific facts as networks of related concepts extends back through Ludwig Fleck, Thomas Kuhn, Stephen Toulmin, to recent work by Jacob Foster. We used that as our theoretical background and got to work with a dataset that we had been curating for a while: the ProQuest dissertation database. Extracting concepts and building the network of concepts took months (and a lot of electricity), but pooling interdisciplinary expertise and resources (sociologists, computer scientists, linguists) helped speed up and strengthen the project’s workflow.

Eventually we had our theoretical conceptualization in quantified form: scientific novelties as newly related concepts that then find common, repeated associations in papers and these form larger patterns reflecting impact and shared understandings in science. We then asked how rates of novelty corresponded with underrepresented groups and the longevity and success of scientific careers. We found some troublesome patterns: numerically underrepresented minorities show a knack for scientific novelty, but they find their creations have less impact and return to their careers. Moreover, this pattern seems to be insensitive to many different modeling and hyperparameter scenarios.

How do we relate such findings back to discussions on scientific knowledge and facts? While early work on the sociology of science constantly tried to combat these social aspects of science (e.g., Merton, Popper), we now regard the social and intellectual structure of knowledge as offering both strengths and weaknesses to the scientific enterprise. On the one hand, scientific research relies on consensus within the community, so associations with core ideas and social agreement is important to establishing better or worse ideas. On the other hand, the established structure may favor conservatively placed associations that reinforce established research and ignore novel links of great merit.

How do we move forward with these findings in mind? We are currently focusing on several follow-up projects. One of our research efforts looks at different types of mentoring and how they can help underrepresented groups break into the professoriate at levels proportionate to majority groups. Another research effort is trying to identify whether the innovations of underrepresented groups take longer to integrate but have more lasting returns to science in the long run, much like interdisciplinary innovations. And last, we are trying to find ways of distinguishing so-called “innovations of poor science” (e.g., say climate change deniers or cold fusion) from other useful forms of scientific innovation. 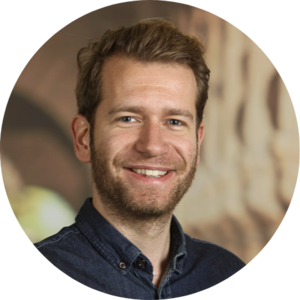