+2
Marta Kowal and 2 others View all
PhD student, University of Wroclaw
Follow 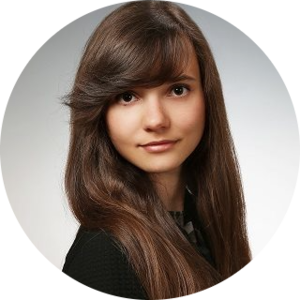 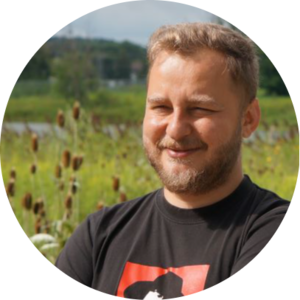 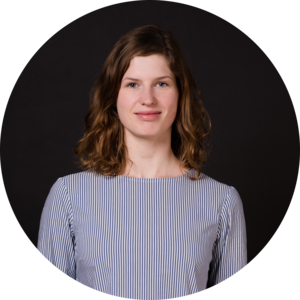 Abstract
In their recent work, IJzerman et al. argue that social and behavioural science are not mature enough to offer sound solutions for policy makers. They introduce a NASA-inspired classification of the strength of evidence, claiming behavioural science is at the very bottom of the reliability ladder. Here, we defend the view that despite suffering from many problems, behavioural science has a lot to offer to both the public and policy makers. We argue that contrary to rockets that can but do not have to be launched, some behavioural interventions in the crisis have to be immediately implemented, and it is better to base these interventions on scientific evidence rather than rely on lay intuitions.

IJzerman et al.[1] correctly noted that the evidence provided by behavioural science is nowhere close to the robustness of rocket science. We agree, but we find the comparison of behavioural science to rocket science misleading. We highlight critical differences between the two sciences, showing why the analogy is doomed to failure. First, launching a rocket requires absolute precision whereas behavioural interventions, such as getting people to wear face-masks, often requires a small increase in the prevalence to make a huge impact on mortality. Second, rocket launching is zero-one game, rocket flies or not. Behavioural interventions have an entire spectrum of outcomes, from completely harmful to completely beneficial, with all intermediate states. Hence, suboptimal solutions can work in behavioural science (e.g., will affect some people), but would be disastrous in rocket science. Finally, when crisis happens, we cannot postpone informing the public about the threat or how to best mitigate it. Consider a very needed COVID-19 vaccine. It must be developed with highest rigor, work efficiently on majority of people, not have large negative consequences. Any vaccine not meeting these criteria should not be accepted. This standard of evidence IJzerman and colleagues set as target for science. This is achievable because with no vaccine available, people will not inject random products they intuitively think will work, providing scientists with much needed time to science their way to the vaccine. However, once a vaccine is developed, a policy must be implemented to facilitate its intake. Vaccination can be made mandatory, voluntary, or can be the default solution unless opted-out, but some method must be implemented. And this selection cannot be delayed until best method has been found, because people will discuss the vaccination problem anyways. This is what a crisis intervention is about: requirement for an immediate action[2]. This is where IJzerman and colleagues’ expectations fail to face the real-world; this is where expecting (sometimes unreachable) perfect evidence is too stringent.

Interventions may not work, but will rather cause no harm

behavioural scientific evidence is weak, and in many cases we cannot even agree on the existence of some phenomena[3–5]; observed effects are limited to a narrow set of stimuli and often do not generalize[6]; reported effect sizes of experimental effects are inflated[7]. All of that is an obstacle in building theories explaining human behaviour[8]. IJzerman et al.[1] seem to imply that these problems preclude a direct application of psychological findings into practice. Although it indeed seems bad to use weakly supported evidence to inform large-scale interventions, the problem with such thinking is that it imposes wrong reference point. When evaluating a crisis intervention, we should not be thinking whether an intervention worked, but instead we should think how well it worked compared to an alternative intervention. In other words, if an intervention failed, there is no opportunity cost if the alternative intervention was equally (in)efficient. Most of the failed replications in behavioural science show null effects, but almost none show the opposite pattern to what was originally reported. To illustrate, there is a 25:1 ratio of significant replications in the same vs. in the opposite direction in a corpse of 194 replications of psychological research[9]. So, for example, a failed intervention aimed at reducing fake news spread is highly unlikely to increase its spread. This is something completely different to a space shuttle that does not fly. Finally, even in the unlikely case a science-informed intervention backfires, intuition-based interventions are at least just as likely to cause harm. For example, although intuitively compelling, fighting fake news by fact-checkers backfires, because fake news not yet marked as fake can gain credibility[10]. Hence, it is wise to implement crisis interventions based even on insufficient evidence.

What is crucial to our reasoning here is that people will direct ‘psychological’ actions and interventions against crisis even if they are told that psychology is not crisis-ready. This differentiates behavioural from rocket science, but also from medicine or vaccinology. Undoubtedly, it is disastrous when an ineffective or harmful medicine or vaccine is released. But, while policy-makers cannot recommend medical measures based on their intuition, they likely base social policies on them. If at least some of the latter interventions are accurate, implementing them will make a small positive change, what, at a societal level, may translate into huge gains. If the conclusions are wrong, likely nothing bad will happen compared to when implementing alternative interventions.

How much better can (behavioural) science be?

The replicability crisis, widely recognized in psychology[5], is also present in other scientific fields. For instance, only six out of 53 of milestone studies on cancer[11] and six out of 18 experimental studies from top tier economic journals[3] could be replicated. The replicability problem extends to other fields too, e.g., to physics[12], medicine[13] or biology[14]. Reason for this are honest and dishonest errors and the external incentives to publish surprising and novel results[15]. Science is a process, and scientists are mostly wrong most of the time[16]. Counterintuitively, this is a good thing, because being wrong in the past suggests science progressed toward the truth. Then, fully appreciating that science is likely wrong in answering many questions, we cannot refrain from engaging in the public discourse until we reach the ‘final’ confidence in applied interventions. Blank spots of scientific knowledge are likely to be replaced with questionable pseudoscience and conspiracy theories[17]. For example, if we fail to evidence-based-speculate on the origins of COVID-19, people can generate some irrational explanations and blame, e.g., the 5G technology[18].

We do appreciate the proposal to improve scientific pursuit of sound knowledge by using Evidence Readiness Levels[1] that provides a benchmark of how far scientist are from understanding human behaviour. What strikes us most as an accurate diagnosis of the field, is that behavioural science often fails to reach even Level 1, “basic principles observed and reported”. We can and should do better by simply appreciating basic research and replications, building solid fundamentals for subsequent development of theories and their applications[19]. We should also seek for cross-cultural validation of behavioural findings beyond western, educated, industrialized and democratic samples[20], and by building international research consortia, such as the Psychological Science Accelerator[21], or inviting diverse teams to develop their own ways to tests new hypotheses[22]. All these things happen right now, making us optimistic about the future of behavioural science.

To sum up, social and behavioural sciences are far from being flawless, but the knowledge we currently have is better than no knowledge at all. Caution is, indeed, much needed, and jumping straight to conclusions from correlational studies or singular experiments is, indeed, worth damning. However, we believe that we are on the right path by accelerating the progress on open research practices (e.g., pre-registrations, publicly available dataset, international collaboration)[23]. As scientists, we have a moral obligation not only to seek the knowledge, but also to be as useful to people as possible. And neither silence, nor ignoring evidence until it reaches the highest degree of certainty seem to be a very useful contribution.

Conflicts of Interest Statement: No conflict to declare

Acknowledgments: Thank you to Hans IJzerman, Neil Lewis, Jay van Bavel and Gordon Pennycook for helpful comments on the draft of this manuscript. We also thank members of Journal Club Zięby Darwina at the University of Wroclaw (especially the moderator – Michał Misiak) for fruitful discussion.

Data availability statement: Data sharing not applicable to this article as no datasets were generated or analysed during the current study.

Back to News and Opinion
Next

+1
Mazbahul G. Ahamad and 1 other
Behavioural and Social Sciences at Nature Research